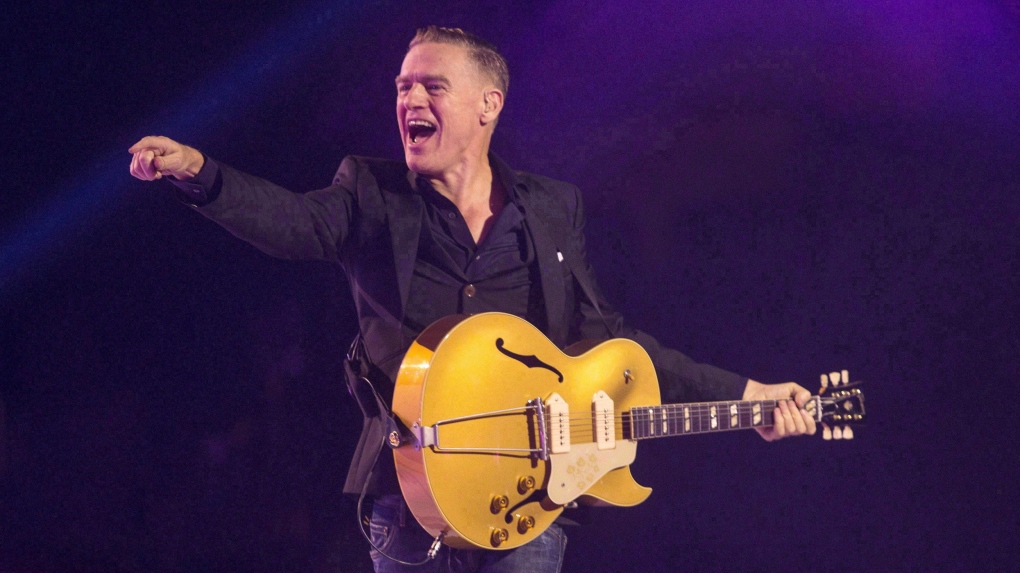 TORONTO -- Bryan Adams is getting some powerhouse support from two of pop music's biggest names on his upcoming album.

The Canadian hitmaker says he's enlisted both Ed Sheeran and Jennifer Lopez for his 14th studio release "Shine a Light," which arrives March 1.

Sheeran co-wrote the titular lead single, which debuted on streaming services Thursday, though the "Shape of You" performer doesn't sing on the track.

Adams says the two met at one of Sheeran's Dublin concerts and stayed in touch afterwards.

He explained in the announcement that one day he sent Sheeran the chorus for a song he called "Shine a Light," asking him if he'd consider a writing collaboration. Sheeran responded by sending Adams a few verses which ultimately became part of the song.

The Grammy winner also recorded a duet with Lopez called, "That's How Strong Our Love Is."

Adams, who recently co-wrote songs for the Broadway show "Pretty Woman: The Musical," plans to launch a world tour in Belfast on Feb. 25, following a run of Canadian tour dates in the coming weeks.

"Shine a Light" will be distributed in two versions, each with an exclusive track.

One will include the song "The Last Night on Earth," and will be available on streaming services, CD and cassette. An alternative vinyl edition will replace that song with the cut "I Hear You Knockin'."