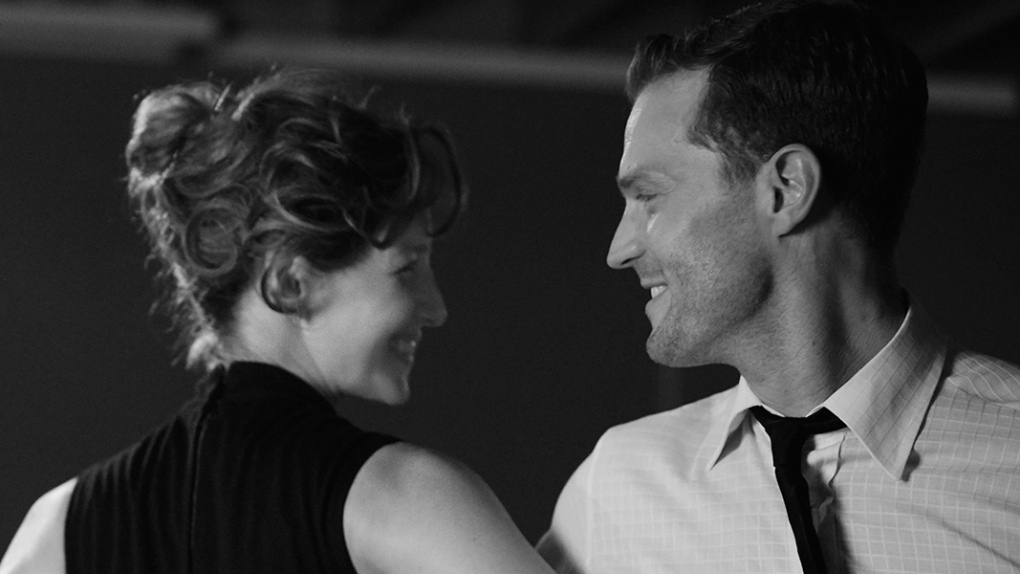 'Belfast' from writer-director Kenneth Branagh has won the People's Choice prize at the Toronto International Film Festival. (Courtesy of TIFF)

The family drama inspired by his own childhood in Belfast, Ireland won the honour during Saturday's TIFF Tribute Awards broadcast on CTV, which ended 10 days of pandemic-tailored in-person screenings and digital at-home viewing.

Branagh, who's also an esteemed actor with an Oscar-nominated turn in "Henry V," said he was "deeply grateful" for the prize chosen through online votes.

"Our first showing of Belfast at TIFF was one of the most memorable experiences of my entire career," the writer-director said in a pre-recorded video in the show, which also had a live element with masked attendees at a soiree with TIFF co-heads Joana Vicente and Cameron Bailey.

"That so many film lovers connected with 'Belfast' so profoundly was absolutely overwhelming to myself and Jamie Dornan, and we talked about it long into a memorable night of laughter and tears in your great city."

The People's Choice prize has been seen as a predictor of Academy Award success.

Other previous People's Choice winners that have nabbed best picture include "Green Book," "12 Years a Slave," "The King's Speech" and "Slumdog Millionaire."

This year's People's Choice race had a caveat, though: films that didn't screen on the festival's digital site were not eligible for the prize, including buzzy titles "Spencer" and "Dune."

The first runner-up was Canadian drama "Scarborough," directed by Shasha Nakhai and Rich Williamson and based on Toronto author Catherine Hernandez's award-winning 2017 novel about the city's eastern suburb. The film also took the Shawn Mendes Foundation's Changemaker Award, which comes with a $10,000 cash prize.

The second runner-up for People's Choice was Jane Campion's wild west drama "The Power of the Dog," starring Benedict Cumberbatch as a Montana ranch owner.

Cumberbatch was among the honourees at the Tribute Awards, which also announced "Yuni" by Indonesian filmmaker Kamila Andini as the winner of the Platform award, chosen by an international jury headed by acclaimed Riz Ahmed.

Other winners announced by TIFF after Saturday's broadcast included "Ste. Anne," the debut feature by Manitoba's Rhayne Vermette, described as an "examination of home by way of places and people." It took the $10,000 Amplify Voices Award for Best Canadian Feature Film.

"The Rescue" by E. Chai Vasarhelyi and Jimmy Chin, about a Thai soccer team trapped in a cave in summer 2018, won the People's Choice Documentary Award.

All of the honourees had projects at TIFF and attended in person, except for Wegner.

This year's festival marked a return to red carpets with stars, more indoor venues and a larger offering of films than last year's largely digital event.

It still wasn't a typical TIFF, though, with theatres operating at 50 per cent capacity and COVID-19 protocols including mask-wearing and proof of either full vaccination or a negative COVID-19 test.

Predicting which film might win People's Choice was trickier without the usual audience chit-chat and lounging at venues, but strong responses on social media and in theatres helped, said Bailey.

"There was that amplified reaction because people were just so glad to be in a movie theatre again," he said in an interview. "But sometimes something just goes up that extra level, and there have been a few films this year where it felt like people were just rhapsodic in their reaction and were feeling something together."

This report by The Canadian Press was first published Sept. 18, 2021.