B.C. teen to audition on 'American Idol' on Sunday's episode 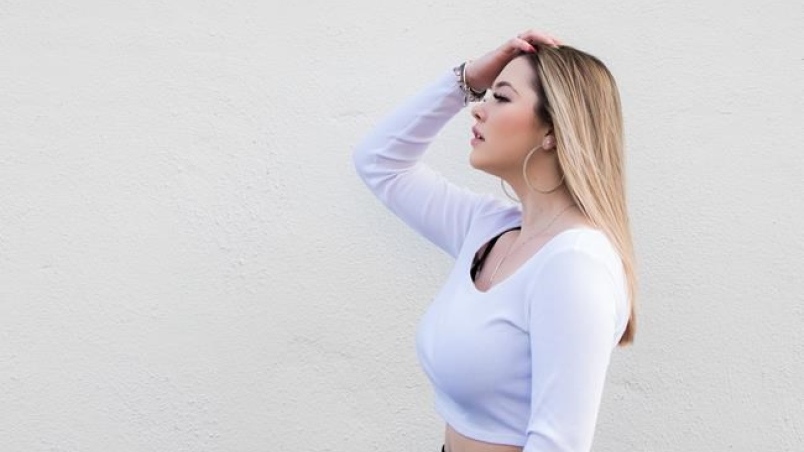 The 16-year-old Juno Award nominee, who's been making waves belting out powerful renditions of pop songs on social media, jokes she's probably seen "every single episode of every single talent show" and has always wondered if she could one day try out for "The X Factor" or "American Idol."

On Sunday, that dream will come true when she'll appear on "American Idol" on ABC and CTV, auditioning in front of judges Katy Perry, Lionel Richie, and Luke Bryan.

"It was almost like I knew what they looked like, but they looked not real or something," Spencer-Smith said this week in a phone interview, describing what it was like to see the judges in the flesh.

"I had been looking at them through a screen for so many years and I only knew them through magazine photos. Seeing them in real life it was like, 'You can't be real.' It was so crazy. I was like, 'Oh my goodness, Luke Bryan is in front of me."'

Spencer-Smith said she auditioned for the show in early November in Oregon after hearing the American series was finally accepting Canadian contestants. She drove down with her mother as well as some members of her management team.

The Grade 11 student said she grew close with the other contestants while they were holed up in a room together for many hours awaiting their turn to perform in front of the judges.

"That was probably one of the best parts, because I made so many friends in such a short amount of time and got to know everyone's families," she said during a break from class at Dover Bay Secondary School.

"You have an instant connection with everybody, because you all share a love for music right from the get-go."

Spencer-Smith isn't able to reveal details about the experience but did say her audition songs were "What About Us" by Pink and Lady Gaga's "Always Remember Us This Way," from the 2018 film "A Star is Born."

"Always Remember Us This Way" is the song that has been Spencer-Smith's big breakthrough online -- her own living experience of "A Star is Born," you could say -- after a cellphone video of her singing it in her dad's van went viral on Facebook.

Spencer-Smith said she didn't think the clip would be popular, noting her dad spontaneously asked her to record it in selfie mode while they were on their way to an MRI for her knee injury from soccer.

But her rich and raspy rendition struck a chord. The view count spiked in the millions, and the video landed her a spot singing on Steve Harvey's talk show last year.

Spencer-Smith also had a brush with fame in 2015 at age 11, when she got to sing with Keith Urban onstage at the Sunfest Country Music Festival in Cowichan Valley, B.C. She landed the opportunity through a radio contest.

At next month's Juno Awards, the diehard Adele fan will be up for adult contemporary album of the year for the cover-tune compilation "Lauren Spencer-Smith, Unplugged Vol. 1."

She said she's also working with writers on original songs to release after her "Idol" experience.

Born in Portsmouth, England, Spencer-Smith moved to Canada with her British parents and older brother when she was three. It was around that time that she started singing along with tunes in the car and at home, and her parents and others noticed her remarkable vocals and ability to memorize lyrics.

She's never taken vocal lessons -- "Lessons are a lot of money and my family doesn't have a lot of money," she said -- but she often hones her chops in the car, singing along to karaoke tracks for her family and friends, who prefer to listen her voice over the radio or music.

Spencer-Smith said the car is also a vocal haven for her, since she doesn't have to worry about how loud she is like she does in her family's apartment.

"No one in my family really honestly even listens to music that often or plays an instrument, like literally nobody, so it's kind of just weird. I just always heard songs on the radio and I was just really drawn to it," she said.

"Just from hearing music, I had a special kind of connection with it."