8 reasons you should stop hating Nickelback 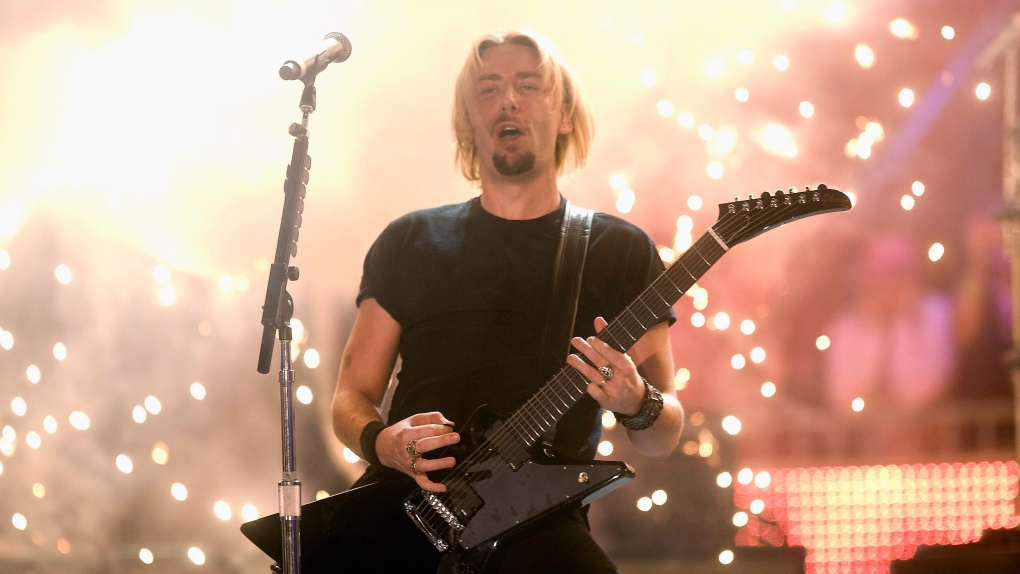 Canadian rock band Nickelback will release its eighth studio album “No fixed address” on Monday -- the latest title for what may be the most revered and reviled music group in Canadian history.

It seems the same comments come up in conversations, chat rooms and social media around the world. “Too mainstream.” “No talent.” “Every song sounds the same.” “They’re everything that’s wrong with the music industry.” “They suck.” These are just some of the recurring reasons people give for hating Nickelback.

The band is revered by many. If you’re suppressing a snicker, take a look a closer look at the group’s track record of commercial success. According to Nickelback’s former label Roadrunner Records, the band has sold approximately 50 million albums worldwide since they released their first album “Curb” in 1996. No doubt Nickelback will enjoy millions more in sales following the release of “No Fixed Address” nearly two decades later.

Nickelback’s music completely dominated the 2000s, thanks to multi-platinum albums filled with chart topping singles. Billboard ranked Nickelback as the top rock group of the decade in 2009 and their anthem “How You Remind Me” was listed as the top rock song and fourth song overall in the aughts. Nickelback continues to play sold-out concerts across the globe, suggesting the band has more than enough support to keep them in the realm of superstar status.

Yet the hard rockers get little respect from self-professed music fans. In fact, a common reaction to Nickelback remains a borderline obsessive revulsion.

Instead of being regarded as an all-Canadian power couple, the pair has suffered more jabs than a court jester and reports of their impending split has been met with cheers of relief from anti-fans everywhere. Investigate #chavril on social media and you'll find plenty of examples.

In 2012, Spin Magazine labelled Nickelback as the 11th biggest punching bag in pop history, wedged in between Michael Bolton and Yoko Ono.

Nickelback’s fan base appears to be healthy on the surface, with more than 20 million 'likes' on Facebook. Yet online trolls have developed an algorithm that allows people to quickly label the Nickelback fans in their midst -- in order to de-friend them.

One Facebook member notoriously launched a group entitled "Can This Pickle Get More Fans Than Nickleback.” (The band’s name was misspelled for legal purposes.) The band lost the popularity contest after millions of votes.

Nickelback’s single “Photograph” hit No. 2 on the Billboard charts in 2005, but the song is a huge target for Nickelback haters. The website Buzzfeed offered people the opportunity to “Nickelback your friends” by providing instructions on how to put people’s faces into the photograph frame that Kroeger holds up in the music video, with the sole purpose of ridiculing the group.

Numerous anti-Nickelback petitions have sprung up online in recent years. The #DontletNickelback campaign that began in October 2014 seeks to stop the band from playing in London, England. Campaign supporters who send $50 to the crowdfunding site will have a sample of Nickelback’s music sent to the group, so that they “will hear their own music and retire immediately.”

The petition precedent was set by another campaign to stop Nickelback from playing the Detroit Lions Thanksgiving halftime show in 2011.

More than 55,000 people signed up to stop Nickelback from playing the show. The group didn’t back down and played to a smattering of boos.

And declaring that someone is a Nickelback fan is practically slanderous. In Chicago in 2012, a disgruntled high school teacher held up a sign that was meant to hit the city’s mayor where it hurt: “Rahm Emanuel likes Nickelback.” A photo of the sign went viral and caused such an uproar that Emanuel was compelled to publicly deny being a fan of Nickelback or face the political consequences.

These are just a few examples of the public hatred for one of Canada’s most successful music groups. You can visit the website knowyourmeme.com for the full anthology of Nickelback scorn.

But it’s time to cut Nickelback some slack, and to consider eight reasons why you should put that anger aside and actually support Nickelback -- even if you despise their music.

Reason #8 -- Eight studio albums and 50 million in album sales. Regardless of what you think of the music, you shouldn’t begrudge anyone for hard work and success. Nickelback is living the Canadian dream and should be applauded for that reason alone.

Reason #7 -- Hearing Nickelback songs wherever you go and just can’t take it anymore? It’s not their fault! The CRTC enforces Canadian content regulations and compels Canadian radio stations to play a certain amount of Canadian-produced music. Bands like Nickelback who churn out accessible, non-threatening rock get a lot of airtime. But don’t blame Nickelback for the overkill.

Reason #6 -- Nickelback should be everyone’s hometown heroes. The group was formed in Hanna, Alta., a rural town northeast of Calgary with a population of just a couple thousand people -- proving that anyone from anywhere can make it big.

Reason #5 -- Nickelback haters say “the group has no talent.” If that’s arguably true, we should all be encouraged, because it proves that anyone, even the talent-impaired can achieve career success.

Reason #4 – Nickelback takes on social causes and gives a lot of money away to charity. Taking a look at Nickelback’s song catalogue, you’ll find titles that tackle issues of wars overseas, drug abuse and teen abortion -- and they put their money where their mouths are. In 2006 the group announced that 100 per cent of all digital sales of the song “If Everyone Cared” would be donated to Amnesty International and International Children’s Awareness Canada. Nickelback has also donated $500,000 to the Obakki Foundation, an African charity that helped build a child-care centre in Cameroon. And another $50,000 went to the B.C. Children’s hospital.

Reason #3 -- Too many people declare their hatred for Nickelback because it’s the “cool” thing to do. Bashing Nickelback as the poster child for mindless mainstream music is arguably a cheap way of establishing musical snobbery at the expense of others. How many Nickelback fans openly mock other people’s musical tastes? Be on the side of tolerance, not the side of hate.

Reason #2 -- Nickelback doesn’t take itself too seriously. In response to the NFL halftime show petition Nickelback agreed to participate in a “Funny or Die” video, tackling the “everyone hates Nickelback” campaign with humour. (Warning, the video has some graphic language and is not safe for work.)

Reason #1 -- Nickelback is more a part of who we are than most people want to admit. Nickelback represents inoffensive Canada; a nation and a band tolerable to a wide range of people. Rock, but not too heavy, and just edgy enough to not to seem like an obvious corporate creation. Also, they're decidedly un-American.

Nickelback is the Molson Canadian of music, a reflection of the conformity that is in all of us, whether we like it or not.

Calling Nickelback out for being bad musicians is getting tiresome. It’s about as novel as complaining about bad airline food. Time to let bygones be bygones. Time for people to stop hating Nickelback.