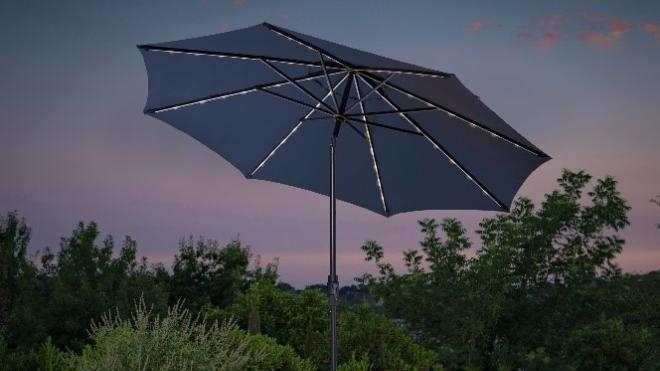 The company has received one report in Canada of a lithium-ion battery overheating and an umbrella catching fire. No injuries were reported. (Source: Health Canada)

Health Canada has issued a recall for U.S-based SunVilla Corporation's Solar LED Market Umbrellas sold at Costco Canada due to the potential fire hazard risks caused by its batteries overheating.

400,000 of the umbrellas have also been recalled in the U.S., according to the United States Consumer Product Safety Commission.

The company has received one report in Canada of a lithium-ion battery overheating and an umbrella catching fire. No injuries were reported.

There have been five reports of the umbrella’s batteries overheating in the U.S, with four catching on fire and one report of a smoke inhalation injury, according to Health Canada.

“The patio umbrellas were sold in various colours and have LED lights on the inside arms of the umbrella,” Health Canada wrote in its recall.

“The umbrellas have a solar panel with a black cover on the back of the solar panel puck. The solar panel cover is marked with “YEEZE” or “YEEZE 1” near the top of the cover.”

If a consumer is in possession of this umbrella, Health Canada has recommended consumers to:

Umbrellas can be returned to Costco Canada for a full refund, and those unable to return the umbrella to a warehouse can contact SunVilla by telephone at 866-600-3133 or by email at LEDRecall@sunvilla.com.

American actor Anne Heche was taken off life support on Sunday, nine days after suffering severe injuries in a fiery car crash, and has died as a compatible person was found to receive her donated organs, a spokesperson said.