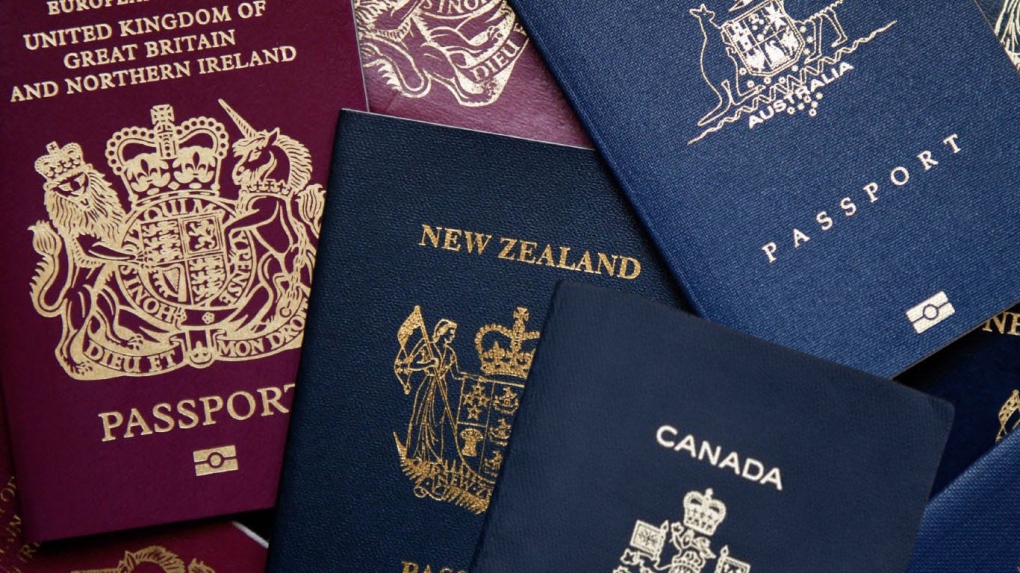 Armed with official support from the federal Conservatives in Canada and the promise of a Brexit deal next year, advocates of an agreement calling for freer trade, movement, and greater co-operation between Canada, Australia, New Zealand, and the United Kingdom are ramping up their efforts.

Although the idea has been floating around for several years, organizers of the non-profit organization CANZUK International say their proposal is well on its way to becoming a reality thanks to greater support from politicians and the public in each of the four countries and the U.K.’s impending divorce from the European Union, which will allow it to negotiate new arrangements with other countries.

James Skinner, the founder and chief executive of CANZUK International, said they have already started increasing their activities in preparation for these events.

In December, the group sat down for a question and answer session with MPs in the U.K. and they hosted another discussion panel with Conservative MP Erin O’Toole at the University of British Columbia.

Beginning in January, Skinner said the organization plans to hold similar events in other universities and think tanks in Canada and the U.K. to promote CANZUK.

“2019 is going to be a big year for us so we’ve got a lot planned and it’s about getting our heads down and advocating the cause not only behind parliamentary doors, but also with the public too,” he told CTVNews.ca in a telephone interview from Vancouver in October.

Skinner said the agreement would only include Canada, Australia, New Zealand, and the U.K., for now, because it would be easy to build upon their shared historical, economic, diplomatic, and cultural ties as countries under the Commonwealth.

As the organization’s online petition approaches its target of 300,000 signatures, it’s worth taking an in-depth look at the group’s plan for closer ties between the CANZUK countries and its feasibility. 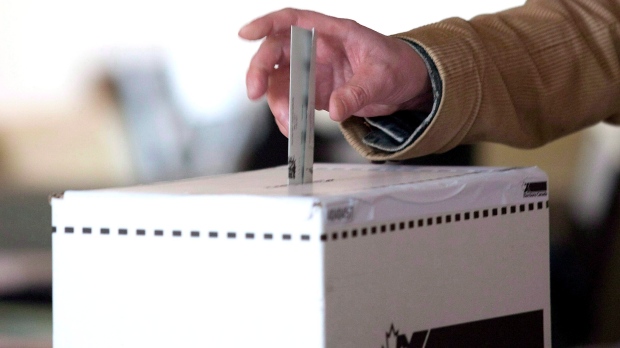 In August, delegates at the Conservative Party’s national convention in Halifax voted overwhelmingly to adopt a CANZUK treaty as one of its resolutions.

Conservative MP Erin O’Toole, who serves as his party’s shadow minister of foreign affairs, is a vocal supporter of a CANZUK agreement and promised to implement the plan if he had won his party’s leadership in 2017. Even though he didn’t win the party leadership himself, O’Toole said Conservative leader Andrew Scheer has expressed interest in the idea.

In a statement to CTVNews.ca, Scheer said it “makes sense” for Canada to pursue freer trade and closer ties with the CANZUK countries.

“Australia, New Zealand and the United Kingdom have a similar basis of law, they have a common democratic system, and they have the same types of legislation and regulations around investment and trade,” he said.

Scheer did clarify, however, that any multilateral agreement Canada signs must also account for national security concerns and strong border protection.

“I think it will make our platform, but that’s beyond my decision alone,” O’Toole explained. “I think over the spring, it’s something that will likely be there.”

Although Skinner says the CANZUK movement is technically non partisan, Skinner said conservative politicians in Canada and in the other three CANZUK countries have been the most enthusiastic about the proposal.

Skinner admitted the movement has received support from only a few Canadian Liberal MPs and very little from the NDP.

When asked about the Liberal’s position on CANZUK, Sylvain Leclerc, a spokesperson for Global Affairs Canada, said in a statement that Canada is “committed to significantly bolstering export opportunities for Canadian businesses and diversifying Canada’s overseas trade, including with longstanding friends, partners and allies.”

Although he didn’t mention the CANZUK initiative by name, Leclerc pointed to existing agreements as evidence of the close relationship Canada already has with the four countries. He said through the Comprehensive and Progressive Agreement for Trans-Pacific Partnership (CPTPP), Canada has been able to secure trade agreements in the Pacific regions, which means a growing partnership between Canada, Australia, and New Zealand.

As for the U.K., Leclerc said the Liberals have been in “active discussions” with the government there to ensure a “seamless transition” of trade relations as the U.K. prepares to leave the EU.

O’Toole said he’s noticed that younger Canadians have been particularly interested in the idea, especially the prospect of freer movement between the countries. He said he thinks CANZUK will attract young voters to the party because of its promise of freer movement. He also said it may help to change perceptions about the Conservative party in Canada.

“I really do think that if it’s in our platform, it may have a lot of people say ‘Hey, the Conservatives aren’t that stodgy old party. They’re looking at some innovative ideas,’” O’Toole said.

If the Canadian Conservatives include CANZUK in their platform for the upcoming election, Skinner said he thinks it will increase public support and engagement for the idea, which will then raise its profile in the other three countries. 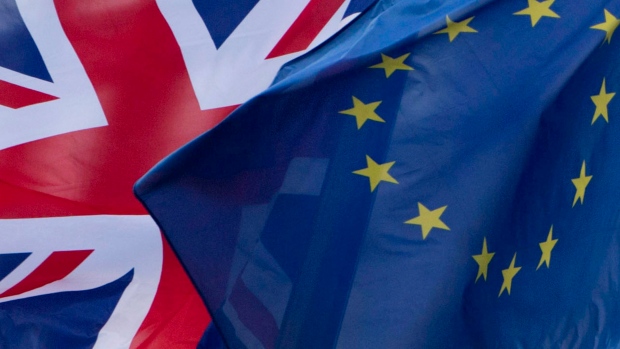 In addition to the Canadian federal election, CANZUK organizers have been looking forward to the U.K.’s official departure from the EU. Skinner said Brexit has been “incredibly beneficial” for his campaign because the U.K. will be looking to other countries to negotiate new trade and immigration arrangements.

“The [British] government is generally supportive of this, obviously their hands are a bit tied and preoccupied with Brexit going on right now, but in general we do have support across the board,” he said.

The movement’s founder said the support isn’t just among British MPs, such as Sir Julien Brazier and Andrew Rosindell, either.

Skinner said polling conducted by CANZUK International in each of the countries in April suggests that 68 per cent of residents in the U.K. support the initiative. In Australia, the support is even higher at 73 per cent. Canada and New Zealand appear to be the most in favour of the idea with 76 per cent and 82 per cent, respectively.

O’Toole said he’s spoken to several members of the British parliament – mainly Tories – who have expressed their interest in a CANZUK treaty to him.

“People forget that there’s a deep, deep, deep connection between Canada and the U.K. Obviously not as strong as the early days of our country, but it’s still very strong,” he said. 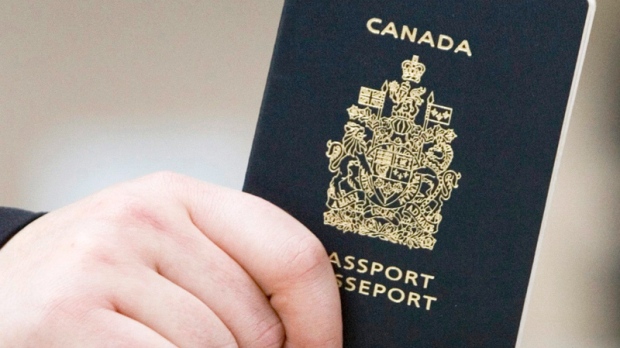 Although Skinner and O’Toole are hopeful that a CANZUK agreement can be agreed on in the next few years, there are some critics who are less optimistic about its practicality or even its need.

Patrick Leblond, a public and international affairs professor at the University of Ottawa and a senior fellow at the Centre for International Governance Innovation, said he’s skeptical about CANZUK’s practical application. He said Canada’s main trading partner is the U.S., followed by Europe, China, and Japan.

For the U.K., their largest partner is Europe and for Australia and New Zealand, their largest trading partners are each other and the Asia Pacific region.

“We all have different geographical focuses,” Leblond explained.

Leblond said Australia and New Zealand weren’t keen on having Canada join the Trans-Pacific Partnership because they’re competitors in the global market. As for the U.K., even after a Brexit deal, Leblond said they will still be dependent on trade with Europe due to proximity, much like Canada with the U.S.

“Other than speaking the same language, having the same legal tradition, and parliamentary tradition, geographically, it’s not like in Europe where countries are actually next to each other,” he said.

Skinner, on the other hand, said geography has become irrelevant when it comes to trade thanks to modern technology.

“I think the world’s become a much smaller place and that has allowed trading opportunities and even migration opportunities to become a lot easier compared to what they were a couple of decades ago,” he said.

As for freedom of movement, Leblond said it’s a nice idea in theory, but it would involve a lot of fine-tuning on issues such as which country pays for social welfare, sick leave, and pensions of visiting citizens. He also said standardizing work qualifications among the four countries could be difficult because it’s often decided on a provincial level.

In response to that last point, O’Toole said the federal government would work collaboratively with the provinces to come up with a system of mutual recognition of standards in different industries.

Finally, some critics have accused CANZUK organizers of trying to create a new “Anglosphere” comprised only of English-speaking or majority “white” countries.

Leblond’s University of Ottawa colleague Srdjan Vucetic has published several opinion pieces about CANZUK supporters’ interest in the Anglosphere and how it is founded on a “vulgar nostalgia for the colonial past,” as he wrote in an iPolitics story last year.

O’Toole, however, called the notion “ridiculous” and said the countries included in CANZUK are all diverse, pluralistic societies with respect for minority rights.

“The modern version of these countries is not the old commonwealth Anglosphere stereotypes that some of the critics out there try and present them as,” he said. “I think it’s building on the past and going to the future in a way that actually builds on shared areas of priority.” 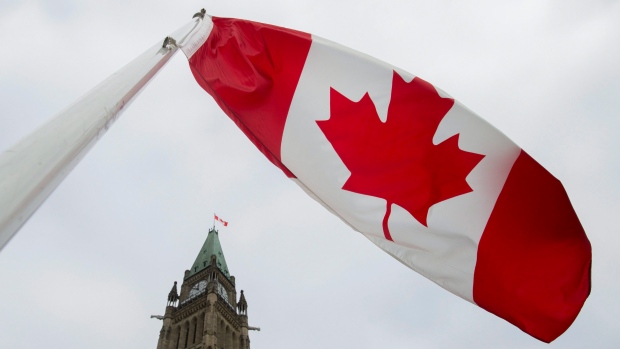 Skinner said once CANZUK International reaches its goal of 300,000 signatures on its online petition, they will work on getting the petition and details of the plan into the “mailboxes and inboxes of every MP and senator” in each of the four countries. As of late November, the group has more than 256,000 signatures.

As for when a CANZUK treaty could be realized, O’Toole said he thinks it’s achievable in a couple of years so long as the governments in each of the four countries are in agreement.

“You would almost have to make sure that there was at least a free-trading centre, centre-right party in each of the countries to come to an agreement and that would have to pass each parliament,” he explained.

“I do think if there was alignment with the countries, I think it would only probably be a couple of years because already there’s a high degree of trade and security partnership.”