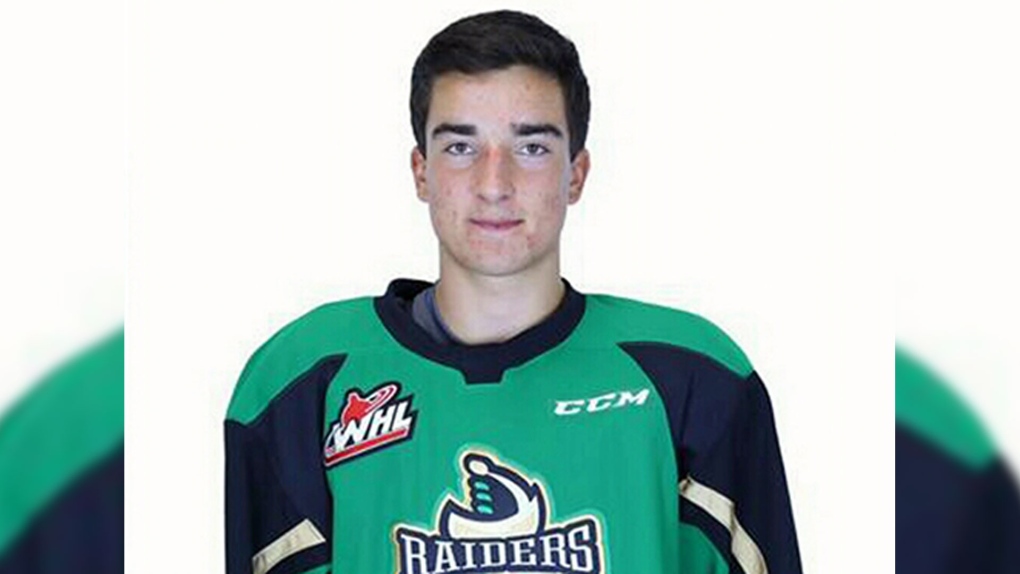 MONTMARTRE, Sask. -- Adam Herold was known in Saskatchewan as a hockey player, but his dad says he was so much more.

He was a friendly, small-town boy.

He was an "old soul" who liked talking to adults.

He was a gardener and a hunter.

He also would have turned 17 Thursday.

To celebrate, his family and friends in Montmartre, Sask., took part in one of his favourite activities.

"We still have snow and he loved snowmobiling," his dad, Russell Herold, told The Canadian Press. "He'd want to go snowmobiling."

Adam, a 16-year old defenceman with the Humboldt Broncos, died last Friday when the team's bus collided with a semi truck at an intersection on the way to a playoff game. There were 29 people on the bus -- 16 have died and 13 were injured.

More than 125 people on more than 70 snowmobiles marked the boy's birthday and life at the family farm where a flag flew at half mast.

In a wooded area people huddled around fires cooking hot dogs, sitting on bales of hay set in the snow.

Russell Herold parked Adam's snowmobile on a knoll that overlooked the gathering.

There was a birthday cake with the boy's picture on it. Family members lit the candles and then blew them out.

Russell Herold stood for a moment on a hay bail to announce to everyone that it was Adam's birthday and this was his favourite place to be, and that he would probably be mad that all of these people had beaten down the snow.

People shared stories and smiles about the boy, interrupted by crying and hugging.

Adam, the youngest member of the Saskatchewan Junior Hockey League team, had only played eight games with the Broncos after being called up when he finished his regular season as the captain of the Regina Pat Canadians, a Midget AAA team that was only about 90 kilometres northeast of Montmartre.

He was drafted in 2016 to the Western Hockey League's Prince Albert Raiders.

"The Raiders called him up," said his dad. "Humboldt called at the same time."

Adam decided to play with the Broncos because he would get more ice time with the junior A team than he would with the major junior Raiders.

Everyone thought it was a good decision.

"He was excelling in Humboldt," said his dad, who attended two of his games in the same week as the crash. "We stayed overnight and we had a nice supper."

During the meal, Herold said he expressed more emotion to his son than normal.

Adam never got the chance to play another hockey game.

He won't get to spend time with his small-town friends, who he kept in touch with on Xbox when he was away playing hockey in other towns and cities.

He won't get to hang out with his older sister Erin.

He won't get to garden with his mom, Raelene.

"He loved gardening with his mom," said Herold. "People don't know that side of him. He had a green thumb. He loved to garden."

And he won't get to go hunting with his dad.

Since his death, his family has been overwhelmed with support from Montmartre, their friends and the hockey world.

They've even had a call from Adam's idol, Ryan Suter, who plays defence with the NHL's Minnesota Wild.

"It's extremely humbling and emotional to hear that ... he wanted to emulate my play," Suter said in a social media post. "I wish this wasn't how I found out; I wish he could have told me as he lined up alongside me on NHL ice in a few years.

"I've read articles about him and every word is a tribute to his character and his selfless nature, and I am honoured that a great kid like that would choose me as a player to look up to."

Herold said they also got a call from Mike Babcock, head coach of the Toronto Maple Leafs.

"People have been so phenomenal," he said.

The family will hold his funeral Friday in Montmartre, a village of fewer than 500 people east of Regina.

"There was a suggestion to take it to Regina," said Herold.

With a file from Jonathan Hayward

'One team for Humboldt': Supporters don jerseys in global show of support

'We are all them': Canadians to wear jerseys for Humboldt

A look at the victims of the Humboldt team bus crash