How offensive words don't wind up on vanity licence plates 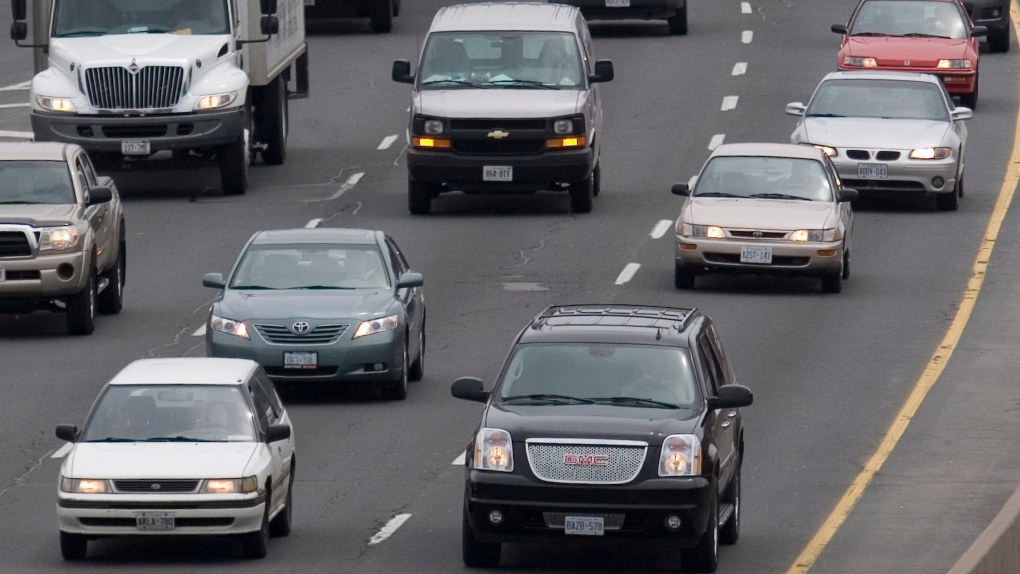 SASKATOON -- Thousands of vanity licence plate applications slide across the desks of reviewers across the country each week -- with some agencies having dedicated teams who sift through each of them, one by one, to prevent offensive phrases from getting through.

But two of the biggest challenges are people trying to slip offensive words under their noses or those requesting obscure phrases or slang in a non-English language. Some use a combination of letters or numbers, which could potentially obscure the meaning behind specific phrases or make it hard to verify.

CTVNews.ca reached out to agencies from across the country to learn about the tactics they use to prevent offensive words from ending up on plates on the road.

Replies from Yukon, Northwest Territories and New Brunswick were not received by the time of publication.

All of the agencies said they used the unsophisticated, but effective process of simply plugging in words into websites, such as Google Translate and Urban Dictionary, to translate the words in the applications. While employees at a lot of agencies simply ask co-workers in other departments who speak a particular language to weigh in.

But for those looking for personalized plates in Newfoundland and Labrador, they’re out of luck because of the way plates are designed.

“The Government of Newfoundland and Labrador’s vehicle registration system assigns plates based on a series of numbers and letters and has a limitation that prevents it from issuing vanity plates,” according to a spokesperson from the Department of Digital Government and Service NL. 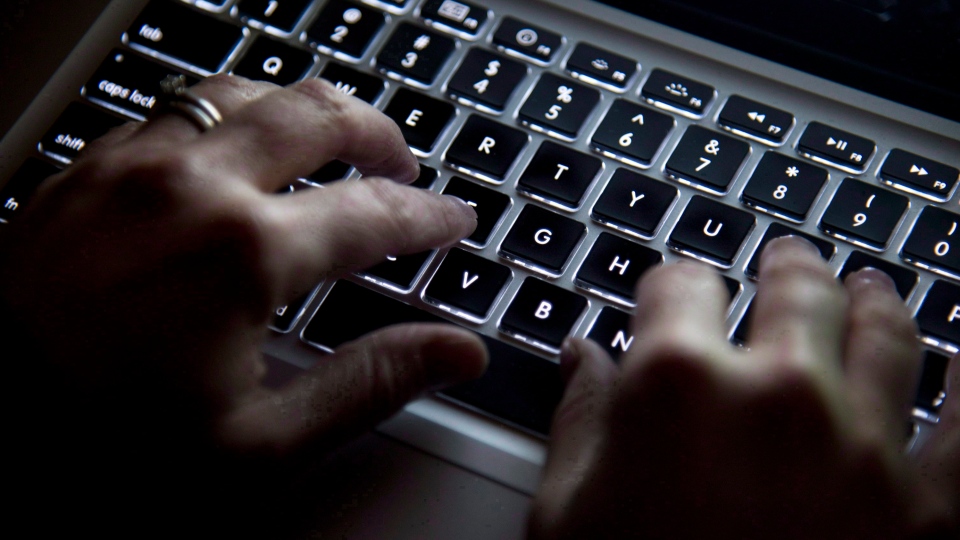 All of the provinces banned references to sex, abusive and obscene language, derogatory slang, drugs, and references to political figures and law enforcement.

In applications in every province, drivers have to outright say what the phrase means or is in reference to – which is essential for reviewers when considering applications with words in another language.

The first line of defense for most provinces, such as in British Columbia and Alberta, is an automated system, which sifts out the more obviously offensive words.

Lindsay Wilkins, a spokesperson for the crown corporation Insurance Corporation of British Columbia, which went through 6,300 applications last year, stressed how important it is that they “look at the slogans from a variety of ages as well as cultural backgrounds.”

Service Alberta has its own Motor Vehicles System database, which contains approximately 4,800 rejected configurations for plates, Marie Pollock, a spokesperson for Service Alberta, told CTVNews.ca. She notes that they go through 7,000 applications each year, with 100 to 150 being denied on average.

In a list from 2017 to 2021, some of these have included references to firearms, illicit drugs or cannabis; variations on the Punjab word “BANDOOK,” which means gun; and “BADNDN” with NDN being a common abbreviation to “Indian,” which some Indigenous people use to refer to themselves. Alberta has also banned variations of the N-word and references to the 1984 Sikh Massacre.

In Prince Edward Island, a spokesperson for the Department of Transportation and Infrastructure said applications submitted in different languages has increased the need for more vigilance.

“Multiculturalism has added a challenging dimension to the application process due to the fact that something in English may have another interpretation in Arabic, Punjab, Hindi, etc. so we try to cover all the bases to remain respectful,” the spokesperson said. 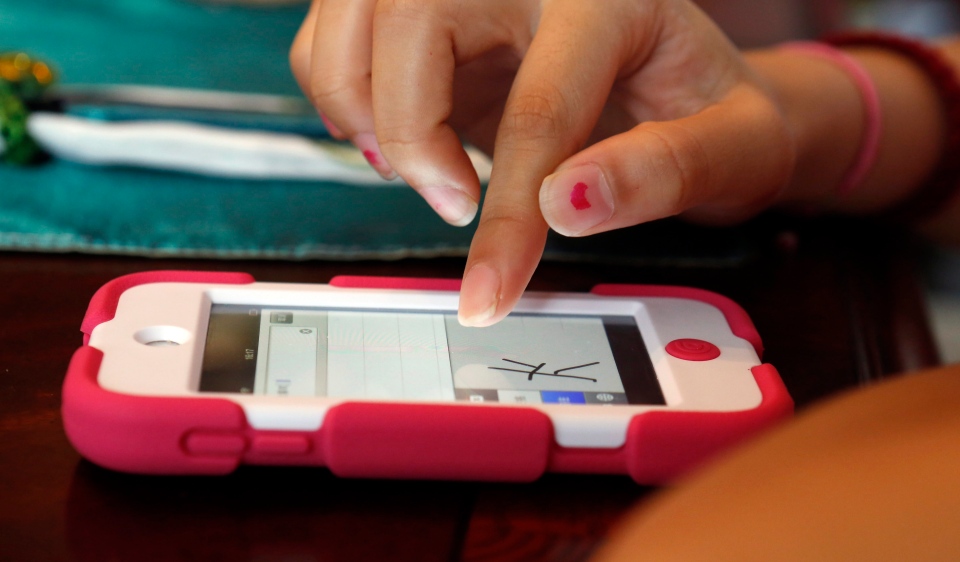 Mario Vaillancourt, a spokesperson for Société de l'assurance automobile du Québec, said via email that “each request is analyzed with the same criteria, regardless of the language.” And this sentiment was echoed by all of the agencies CTVNews.ca reached out to.

He said they relied on online translation tools, including Google Translate and the site’s "detect language” feature to help staff determine the origin behind a word.

Manitoba Public Insurance media relations co-ordinator Brian Smiley said their staff also use Urban Dictionary to decipher obscure words or get to the root of slang and phrases in non-English languages.

“We know there are individuals who are trying to slip offensive plates by us, whether it’s a lark or whether it’s a dare with another person, or whether it’s meaningful [to them],” Smiley said, adding that requests for non-English phrases are on the rise and can be “extremely challenging” to sift through.

“People are putting down ‘this is my hometown,’ ‘this is my son’s name,’ or this is my grandmother’s name,’” he said, stressing they always strive to be fair in their judgements. 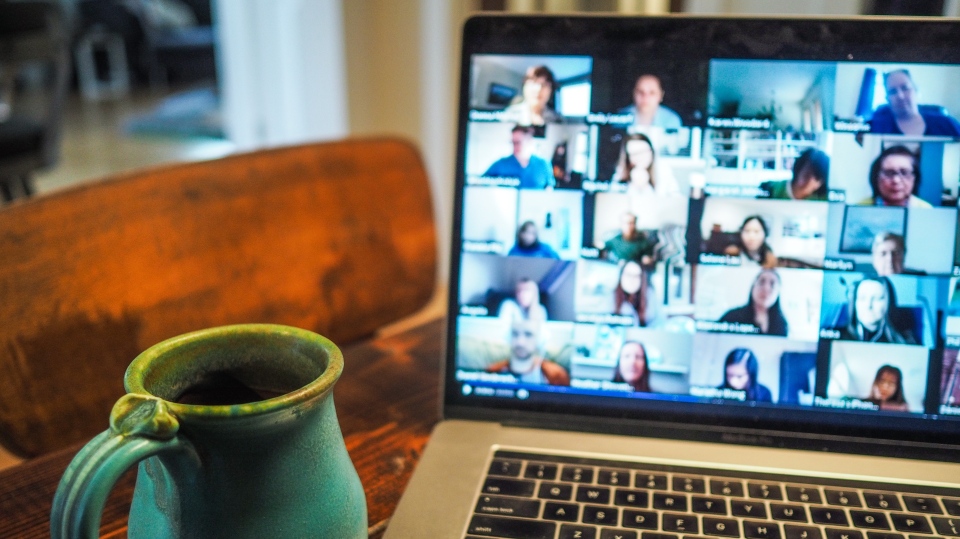 In all provinces, agencies relied on other employees familiar with the language used in the licence application to weigh in on the meaning.

The committee for the private firm Manitoba Public Insurance, which issues licence plates, meets together every week, typically going through 50 to 100 applications each time.

In Canada’s most populous province, they have designated “non-partisan staff” from both ServiceOntario and the Ministry of Transportation to tag-team their applications, Parveen Senthinathan, a spokesperson for Ontario’s Ministry of Government and Consumer Services told CTVNews.ca in an email.

If an application has stumped those groups, all of the agencies CTVNews.ca spoke to said they simply tried to find someone in their firm who speaks that particular language.

“If it is a new or unfamiliar term, additional research may be done using online resources, and the issuer may seek the opinion of colleagues and the director within the department,” Saskatchewan’s McMurchy said. “We have a diverse team working in the department.”

WHAT HAPPENS IF OFFENSIVE WORDS SLIP BY?

Spokespeople from provinces, such as P.E.I. and Saskatchewan, said their reviewers stay in touch with the person requesting vanity plates and occasionally ask for additional information or context before making a judgement call.

In Saskatchewan, McMurchy said reviewers sometimes ask customers to adjust their word to fit the guidelines.

But he warned, “if a slogan that is offensive in another language does make it onto a licence plate, it doesn’t mean that the person will get to keep it. The customer would be sent a letter requiring that the plate be returned within a specified time. They would be offered a plate with a different slogan for free.”

“If a personalized number plate is issued that could be interpreted to be offensive or not in good taste, the Registry would rely on public feedback. A review would then take place and a recall could be possible,” he told CTVNews.ca in an email. Prince Edward Island's spokesperson added onto that.

“While it is always the goal to remain respectful with the personalized plates being issued if a plate gets approved and a member of the public raises concerns regarding offensiveness or disrespect, then the department has a process to review and subsequently withdraw approval and refund any fees.”

Smiley in Manitoba, admits that, like other provinces, offensive plates do occasionally slip through, but he said that doesn’t happen due to a lack of due diligence on their part.