5 Canadian court cases that gripped us in 2017 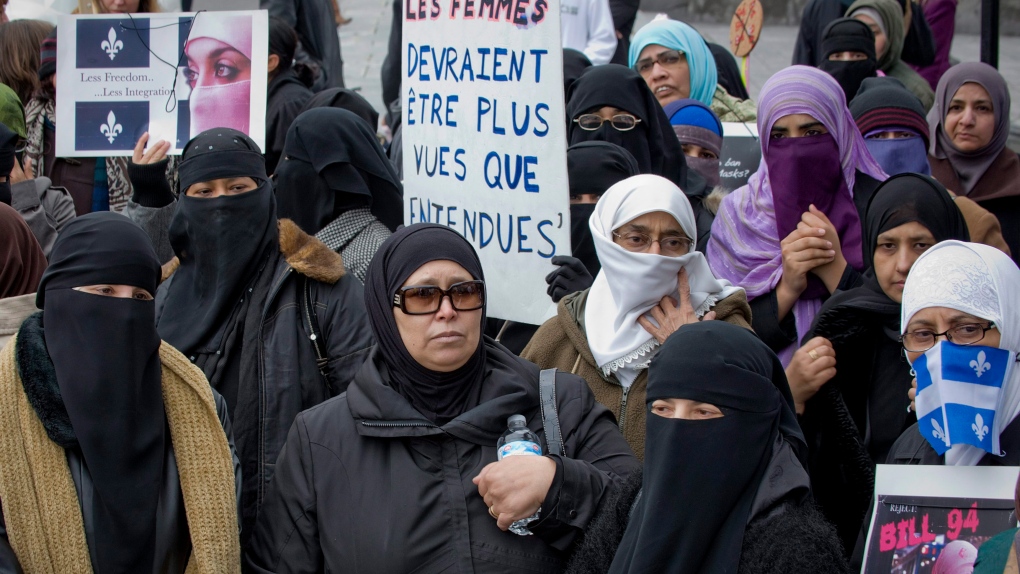 It’s been a busy year for Canada’s courts.

From Ontario’s serial killer nurse to Nova Scotia’s “GRABHER” licence plate drama to Quebec’s controversial face-covering ban, we look at five court cases that gripped us in 2017 and ask a pair of CTV News legal analysts why these stories mattered.

A SERIAL KILLER IN ONTARIO 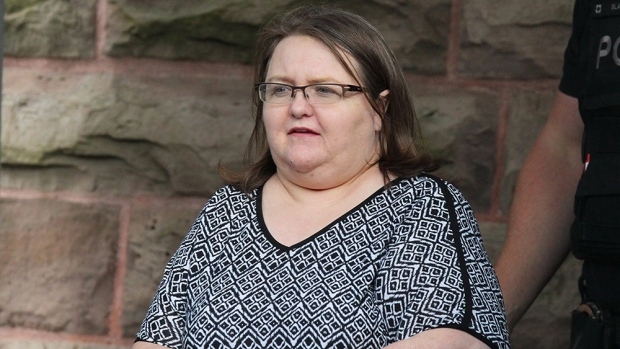 Elizabeth Wettlaufer is escorted by police from the courthouse in Woodstock, Ont. on Monday, June 26, 2017. (Dave Chidley/THE CANADIAN PRESS)

In June, Ontario nurse Elizabeth Wettlaufer was sentenced to life in prison for murdering eight elderly patients under her care and attempting to kill at least four others by injecting them with lethal doses of insulin. The 50-year-old serial killer, who pleaded guilty to her crimes, will not be eligible for parole until 2042.

Had Wettlaufer not confessed to the killings during a 2016 stay at a Toronto psychiatric hospital, her crimes, which occurred between 2007 and 2016, may never have come to light. That fact has led Ontario to initiate a sweeping public inquiry to discover if systemic issues in the province’s long-term care homes contributed to the murders. A report is expected in July 2019.

The case was captivating, criminal lawyer and CTV News legal analyst Edward Prutschi says, partly because how uncommon serial killers are in Canada.

“It’s even more uncommon to see a female serial killer,” Prutschi added. “Add on top of all of that, this dimension that’s it’s a nurse taking advantage of her position of authority over elderly patients… They were individuals who can and did pass away without anyone knowing that they had been murdered.”

“I think the big takeaway on this was the question of how this possibly could have gone on for so long,” she said. “There’s just not enough oversight and it’s a huge concern with an aging population.”

FAILING TO PROVIDE THE NECESSARIES OF LIFE 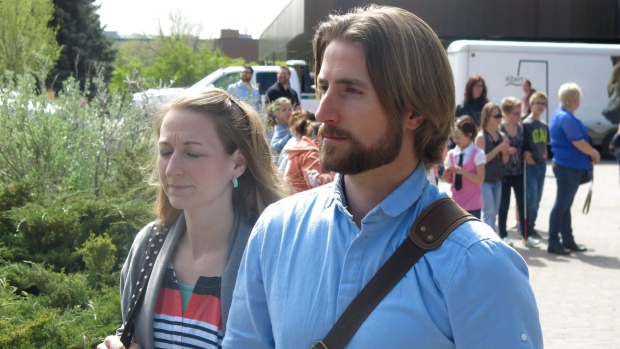 David and Collet Stephan come out of the courthouse in Lethbridge, Alta. on Saturday, April 23, 2016. (Bill Graveland/THE CANADIAN PRESS)

Had Ezekiel Stephan lived, he would be seven years old today. But in 2012, at the age of 19 months, the toddler died from bacterial meningitis after being treated solely with natural remedies like garlic, onion and horseradish.

In 2016, Ezekiel’s parents, David and Collet Stephan, were found guilty of failing to provide the necessaries of life -- he was sentenced to four months in prison while she was sentenced to three months of house arrest. An unabashed anti-vaxxer and natural medicine proponent, Ezekiel’s father had turned to Facebook throughout the trial to criticize the media and the judicial system, leading the Lethbridge, Alta. judge who presided over the case to blast his “complete lack of remorse” and refusal “to admit his actions had any impact.” While the initial conviction was upheld by Alberta's Court of Appeal in November, the couple are currently out on bail as they wait for the Supreme Court of Canada to hear their case.

“This case is very bothersome for a variety of reasons, but not least of all because it involved the death of a child at the hands of his negligent -- and I would say intentionally negligent -- parents,” Prutschi said.

The case is significant, Schofield added, because it pits parents’ Charter-protected beliefs against their duty to provide the necessities of life to their children. In this case, however, Schofield believes that the judge’s lenient sentence sent a problematically mixed message.

“What the courts should say is its right or its wrong and you’re sentenced accordingly,” she said.

That’s exactly why it’s important that this goes before the Supreme Court, Prutschi said.

“There’s a number of these cases kicking around in the system, and I think without a strong message from the highest court in the land, it’s going to continue,” he explained. “General deterrence in these kinds of cases is extraordinarily important, sending a message to the general public that says you can go with your holistic medicine as long as you like, but when it starts to interfere with the permanent quality of life, or maybe the life itself of your child, you’re going to have to set that aside and go and see a doctor.” 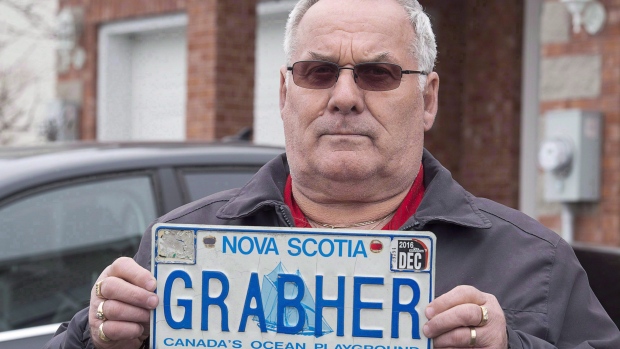 For 27 years, a Nova Scotia family has proudly displayed their Austrian-German surname on a vanity plate. But when Lorne Grabher received a letter in Dec. 2016 saying that the province’s Registrar of Motor Vehicles would not renew his personalized licence plate because it contained a “socially unacceptable slogan,” the retiree vowed to fight. N.S. officials have denied that Grabher’s plate problem has anything to do with crude remarks made by Donald Trump in 2005 and released during the 2016 U.S. presidential election in which the American president bragged that his celebrity status allowed him to “do anything” with women, such as “grab ‘em by the” genitals.

Grabher, who has since been forced by a Nova Scotia judge to remove the offending plates, has now filed a constitutional challenge, saying that his freedom of expression has been violated. The Nova Scotia Supreme Court will be hearing the case next September. Meanwhile in Alberta, the man’s son has been driving around with a “GRABHER” plate without issue.

“Mr. Grabher has some significant tenacity and has said, ‘Nope, it’s my name and I want it back’ -- and I respect that,” Prutschi said.

The national attention the case has received, Prutschi added, has undermined the Registrar of Motor Vehicles’ original position that the plate could be considered misogynistic.

“In fact, I think most people are going look at it and go, ‘Isn’t that the guy who is actually named Grabher?’” Prutschi said. “My odds are on him.”

Schofield, however, couldn’t agree less, saying that having a vanity plate of one’s choosing is a privilege -- and not a protected Charter right.

“The regulator has the right to regulate the type of license plates that they allow,” she said. “And I think that the court would uphold that.”

FROM ‘KNEES TOGETHER’ TO LEGAL TRAINING 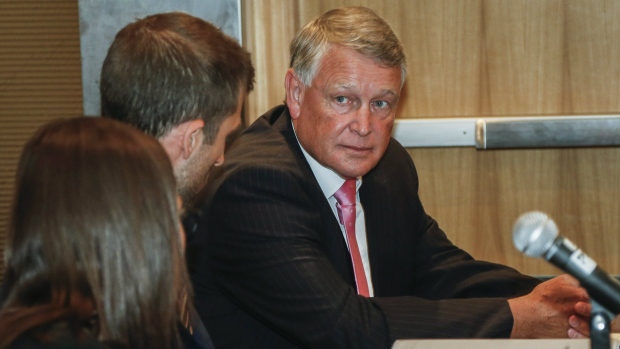 Robin Camp may forever be known as the “knees together” judge. While presiding over a sexual assault case in Alberta in 2014, he asked a teenage complainant why she didn’t just “keep her knees together.” Camp went on to acquit the accused.

Camp’s words eventually came to light in late 2015, leading to a retrial in which the accused was yet again acquitted. Meanwhile, Camp, who had been made a federal judge in 2015, was facing a trial of his own. But after a Canadian Judicial Council committee recommended his removal over the controversial comment, Camp resigned from his position in March. In November, Camp, now seeking to become a lawyer again, told a Law Society of Alberta reinstatement hearing that he had “made a mistake” and had done his “best to learn from it.” The Law Society has yet to make its decision.

It is likely that Camp’s words played a role in inspiring former interim Conservative leader Rona Ambrose to introduce a private member’s bill in February that would make sexual assault law training mandatory for any lawyer who wants to become a federal judge. Known as Bill C-337, it has been sitting with the Senate since May. Members of the House of Commons have recently urged the Upper Chamber to hasten its passage.

“I’m kind of of two minds on this one,” Schofield said. “I think it’s important for the court system to be accommodating and sensitive to complainants.”

But sexual assault complainants, Schofield added, should not simply be believed because of the nature of the alleged crimes of which they were victims. Prutschi agrees.

“When we start treating sexual assault as if it’s a unique sub-niche within the broader question of criminal law, I have problems with that because I think it starts to lead us down a road towards reversing the burden of proof, reversing the presumption of innocence,” he said. “Having said all of that, I don’t have a lot of sympathy for a judge who made the kinds of comments that this judge did and thinks that one can still sit on the bench in a dispassionate, fair and honest way.”

“I’m not a fan of the training,” Prutschi said. “Where we should be coming at from this perspective and attacking it is having these kinds of discussions in how we appoint judges in the first place.”

Despite her reservations, Schofield, however, ultimately supports Bill C-337.

“I think training is always good,” she said. 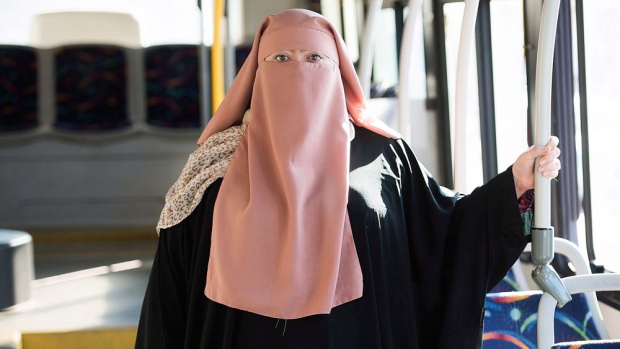 Warda Naili poses for a photograph on a city bus in Montreal on Saturday, October 21, 2017. (Graham Hughes/THE CANADIAN PRESS)

In October, Quebec’s legislature passed Bill 62 -- a controversial law that prohibits people from giving or receiving public services if their faces are covered. Widely panned outside of Quebec for apparently targeting Muslim women, the bill, also known as “An Act to foster adherence to State religious neutrality,” remains popular in the province, where it was initially tabled in 2015.

But in December, after the law was challenged by the National Council of Canadian Muslims and the Canadian Civil Liberties Association, a Superior Court justice ruled that Quebec cannot force people to uncover their faces until it establishes clear guidelines for how one can apply for religious exemptions. The judge, however, did not quash Bill 62 outright, but only granted a temporary stay until the legislation is clarified.

Most legal experts agree that in its present form, the bill will ultimately fail.

“It will not survive a court challenge,” Schofield said. “It is not enforceable -- it is a political move.”

Both agree that the bill violates Canadians’ Charter-protected freedoms.

“I know the legislation is phrased in a way that tries to make it appear as if this isn’t religiously related, but come on,” Prutschi added. “We know that it is.”

Even so, Quebec has the option to invoke the Charter of Rights and Freedoms’ notwithstanding clause and ignore any Supreme Court ruling against the bill. That, Prutschi said, could be possible in a province where the bill maintains widespread support.

“Quebec often beats to its own drum and this might be another example of that,” he admitted.

Schofield, however, doubts that the Quebec government will mount a vehement defence of the law.

“Our Charter will save us because it is so entrenched,” she said.