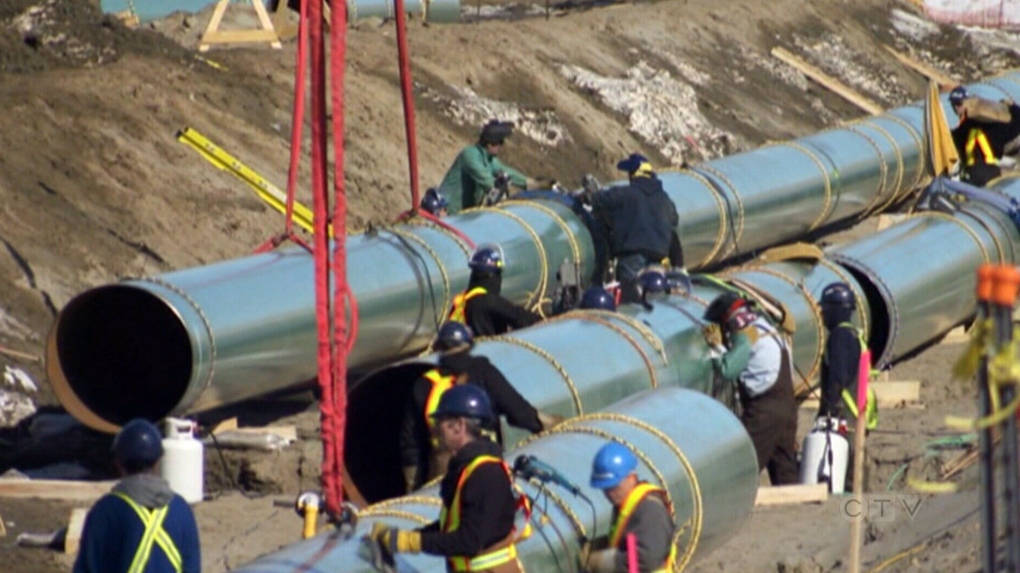 BILLINGS, MONT. -- A U.S. judge cancelled a key permit Wednesday for the Keystone XL oil pipeline that's expected to stretch from Canada to Nebraska, another setback for the disputed project that got underway less than two weeks ago following years of delays.

Judge Brian Morris said the U.S. Army Corps of Engineers failed to adequately consider effects on endangered species such as pallid sturgeon, a massive, dinosaur-like fish that lives in rivers the pipeline would cross.

The ruling, however, does not shut down work that has begun at the U.S.-Canada border crossing in Montana, according to attorneys in the case. Pipeline sponsor TC Energy will need the permit for future construction across hundreds of rivers and streams along Keystone's 1,200-mile (1,930-kilometre) route.

"It creates another significant hurdle for the project," said Anthony Swift with the Natural Resources Defence Council, one of the groups that challenged the permit.

"Regardless of whether they have the cross border segment ... Keystone XL has basically lost all of its Clean Water Act permits for water crossings," he said.

Officials with the Army Corps of Engineers did not have an immediate response to the ruling.

The Keystone authorization came under a so-called nationwide permit issued by the Corps in 2017, essentially giving blanket approval to pipeline or similar utility projects with minimal effects on waterways.

The cancellation could have broader implications because it appears to invalidate dredging work for any project authorized under the 2017 permit, said attorney Jared Margolis with the Center for Biological Diversity, another plaintiff in the case. It's unclear what projects would be included.

Morris is holding a court hearing Thursday on two other lawsuits against the $8 billion pipeline. American Indian tribes and environmental groups want him to halt the construction at the border while a lawsuit challenging President Donald Trump's approval of the pipeline last year works its way through the courts.

The pipeline was proposed in 2008 and would carry up to 830,000 barrels (35 million gallons) of crude daily to Nebraska, where it would be transferred to another TC Energy pipeline for shipment to refineries and export terminals on the Gulf of Mexico.

It was rejected twice under the Obama administration because of concerns that it could worsen climate change, then Trump revived it.

TC Energy's surprise March 31 announcement that it intended to start construction amid a global economic crisis caused by the coronavirus pandemic came after the provincial government in Alberta invested $1.1 billion to jump-start the work.

Tribal leaders and some residents of rural communities along the pipeline's route worry that thousands of workers needed for the project could spread the virus.

As many as 11 construction camps, some housing up to 1,000 people, were initially planned for the project. TC Energy says those are under review amid the pandemic and won't be needed until later in the summer.

Work on two camps, in Montana and South Dakota, could start as soon as this month, according to court documents filed by the company this week.