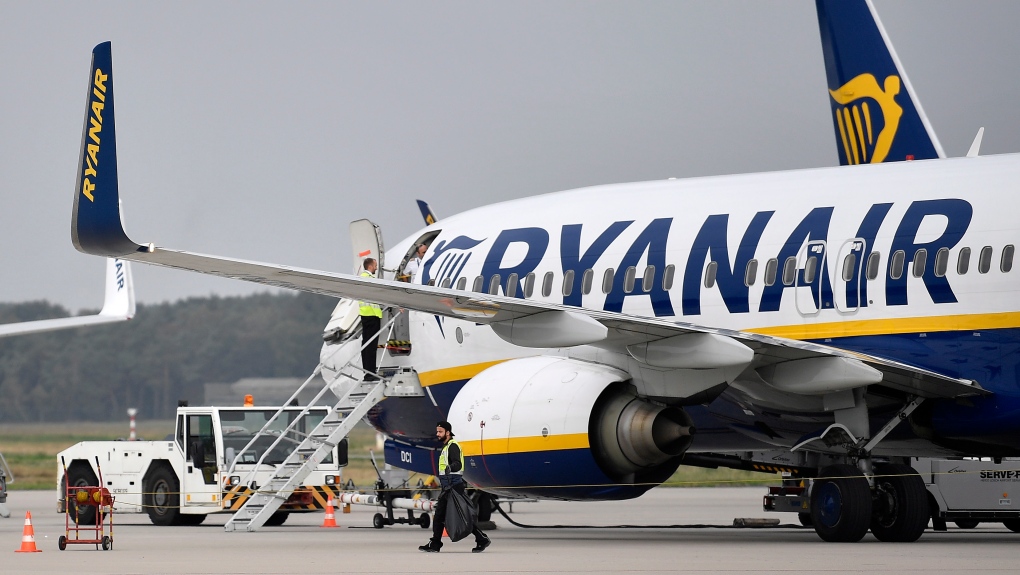 In this Sept. 12, 2018 file photo, a Ryanair plane parks at the airport in Weeze, Germany. Ryanair said Monday Nov. 4, 2019, it has dampened expectations that it would receive the entirety of its planned delivery of Boeing 737 Max airplanes next year. (AP Photo/Martin Meissner, File)

LONDON - Ryanair says it has dampened expectations that it would receive the entirety of its planned delivery of Boeing 737 Max airplanes next year.

As the Ireland-headquartered reported profit of 1.15 billion euros ($1.28 billion) for the half-year to September, in line with the same period of 2018, CEO Michael O'Leary said the airline now expects to receive its first Max planes in March 2020.

O'Leary said Monday that "we have reduced our expectation of 30 Max aircraft being delivered to us in advance of peak summer 2020 down to 20 aircraft and there is a real risk of none."

Europe's busiest airline has said it would cut flights and close some bases because of delays to deliveries of the plane, which has been grounded globally after two fatal crashes.