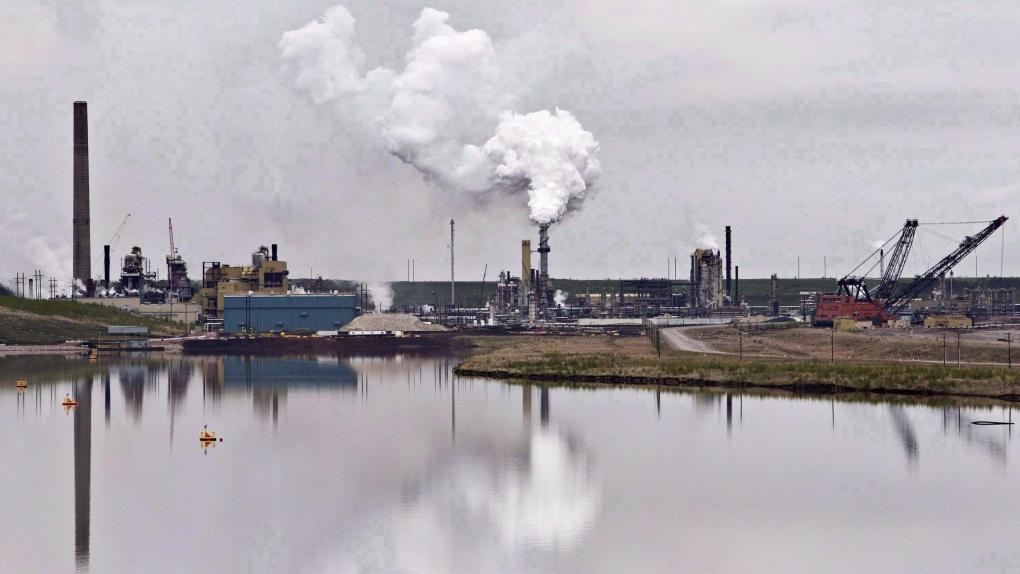 The Syncrude oil sands extraction facility is reflected in a tailings pond near the city of Fort McMurray, Alta. on Sunday, June 1, 2014. THE CANADIAN PRESS/Jason Franson

CALGARY -- Higher oil prices are expected to boost cash flow for the large Canadian crude producers as they roll out second-quarter results beginning next week, but analysts say the extra money is unlikely to be added to growth budgets.

"Despite the increase in the commodity prices and constructive outlook for the second half of 2019, with expected inventory drawdowns to further support crude, producers remain cautious and are unlikely to increase spending imminently," said analyst Nick Lupick of AltaCorp Capital.

"Looking to attract investors back into the Canadian explorer and producer space, management teams are focusing on free cash flow generation and returning value to shareholders during this uncertain commodity environment."

At an energy conference in Calgary last week, a panel of representatives of major oil companies said they are more focused on dividend increases and share buybacks than spending to drill wells given ongoing market access problems and low share prices.

"In this market -- and I think everybody appreciates just how discounted the entire Canadian market is -- clearly buying back shares is a great use of our cash," said Mark Little, chief executive of Suncor Energy Inc.

Suncor's share price has tumbled 22 per cent over the past year while the S&P/TSX capped energy index is down more than 31 per cent.

"Really, it's about a balanced approach, not getting too aggressive on the growth side until you have more market access," said Steve Laut, executive vice-chairman of Canadian Natural Resources Ltd.

The second-quarter earnings parade starts July 24 with Suncor Energy Inc., followed by Cenovus and Husky Energy Inc. the next day.

RBC Dominion Securities calculates that U.S. benchmark West Texas Intermediate crude prices averaged US$59.84 per barrel in the second quarter, up nine per cent from the first quarter.

"MEG may generate more operating cash flow in the second-quarter ($209 million) than it did in all of 2018."

Natural gas producers, however, are expected to see more dismal results as Alberta spot gas prices averaged 60 per cent less in the second quarter than in the first, according to analyst Michael Harvey, who covers mid-sized energy producers for RBC.

Average cash flows for his group are expected to fall by about 19 per cent due to lower prices for natural gas and liquids produced with gas, he said, with oil-weighted intermediate producers down eight per cent and gas-weighted companies down 30 per cent.