'No Name' beer launches in Ont. with 'buck a beer' promotion 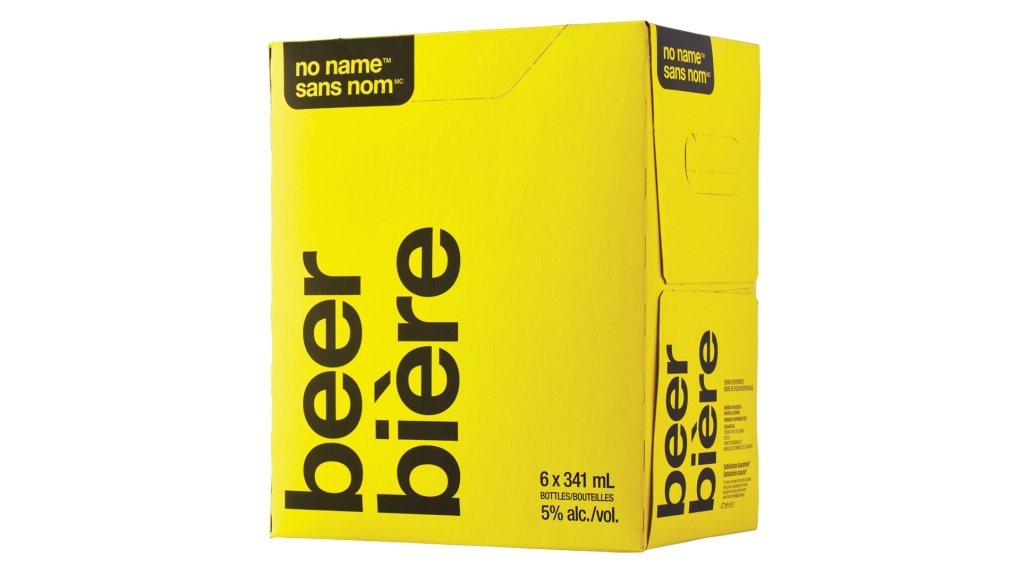 Ontarians looking to enjoy a brew this Family Day weekend without breaking the bank may be happy to learn that Loblaw has launched its own brand of beer under its well-known No Name label, and it’s as cheap as you’d expect.

At least for this weekend, anyway.

In a press release on Tuesday, Loblaw Co. announced its new Ontario-brewed “Canadian-style lager” will be available in 6-pack cases at select LCBO stores beginning Friday. The beer will be packaged in the No Name brand’s distinctive yellow and black look.

“The new no name beer will stand out with its recognizable yellow label, and one word: Beer. It's a beacon for customers looking for a great taste at an unbeatable price,” Ian Gordon, the senior vice president of No Name, said in the release.

Although the beer will regularly retail for $10.45 for a 6-pack, a case will only cost $6.60 (including deposit) from Friday to Sunday, to celebrate the first long weekend of the year in Ontario.

The promotion will be part of Ontario Doug Ford’s “buck-a-beer” program, which lowered the minimum price for a bottle or can of beer from $1.25 to $1 when it took effect in the province in August.

Loblaw said there will be future promotions for No Name beer on several weekends throughout the year.

The company said it had “record-breaking sales” and “incredible consumer feedback” when it piloted the “buck-a-beer” program in Ontario last fall with its President Choice beer at the Beer Store.

“It was an easy decision to bring the no name brand to this category at this price,” Gordon said.

Following the announcement, the reaction online was decidedly mixed, with some expressing skepticism about the beer’s taste given its price tag.

According to the LCBO website, No Name beer pairs well with pizza, creamy pasta, burgers and steaks and “delivers a crisp finish that makes it easy to drink with no aftertaste.” The website also contains information about which select stores are carrying the “characteristically Canadian-style lager” and how many cases are in stock.

“I don't think you could pay me to drink a beer that costs this little to make,” one woman wrote on Twitter.

Others mused on the brand’s unusual name.

“No name cereal I might tolerate but No name beer is sacrilege,” one commenter wrote.

“No Name? No thanks…” another man said.

“NO NAME BEER IS LAUNCHING. Have no idea what the beer will taste like but the box design alone is iconic,” another person wrote.

“On family day long weekend, you’ll be able to get no name beer for $1 a bottle. That’s right, it’ll come in a yellow box that just says “beer” on it...what a time we live in,” said one commenter.