May home sales up compared with April, still well below 2019 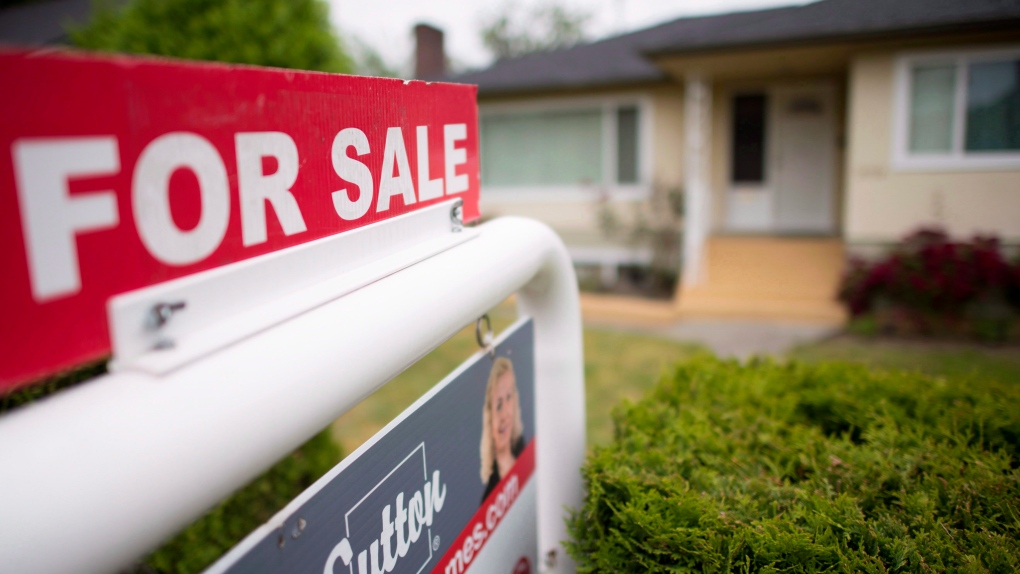 OTTAWA -- Sales of residential properties in May were up from a record low in April, but were still down 39.8 per cent from the same month last year, the Canadian Real Estate Association reported Monday.

It was the weakest showing for the month of May since 1996, even after rising 56.9 per cent from April, when sales volume was the lowest on record, CREA said.

Like most sectors of the economy, the real estate industry was affected by the lockdowns put into effect from mid-March to battle the spread of the COVID-19 pandemic.

"The big picture is things are moving in the right direction but still have a long way to go," CREA senior economist Shaun Cathcart said in a statement.

He added that the number of homes sold has been steadily rising from mid-April through the first week of June.

The month-over-month sales increase came as the number of newly listed homes rose by a record 69 per cent in May compared with April.

Still, CREA said there were only 5.6 months of inventory for sale at the end of May, compared with nine months at the end of April.

The national average price for homes sold in May was $494,500, down 2.6 per cent from the same month last year.

Sherry Cooper, chief economist for Dominion Lending Centres, wrote in a commentary that the national number obscures the fact that there's a wide variation of regional pricing and the trends "appear to be converging on moderate positive pressure on prices."

People who remain employed despite the COVID-19 pandemic will continue to make their regular housing decisions, Cooper predicted, but added that the bigger concern is for people who permanently lose their jobs.

TD economist Rishi Sondhi wrote in a commentary that pent-up demand is likely to fuel additional gains for "at least" another few months.

"The big question is what happens after this initial burst," Sondhi added.

TD's expectation is growth in sales and prices will "moderate" towards the latter part of 2020 and into 2021 as a result of slower population growth, a slow job recovery and tightening measures from Canada Mortgage and Housing Corp, Sondhi concluded.

Excluding the Greater Vancouver and the Greater Toronto Area, two of Canada's most active and expensive housing markets, the average price was about $401,000.

"Generally speaking, since the COVID crisis began small declines in prices have been seen in British Columbia while declining trends already in place in Alberta have accelerated," CREA said.

"Across the rest of the Prairies, where sales have been doing comparatively much better against history than in much of the country, price trends have actually been stabilizing."

In Ontario, the year-over-year average price was up nearly 9.5 per cent in the Greater Toronto Area and the Hamilton-Burlington market, up 11.2 per cent in the Niagara region, and up 15.67 in Ottawa.

This report by The Canadian Press was first published June 15, 2020.