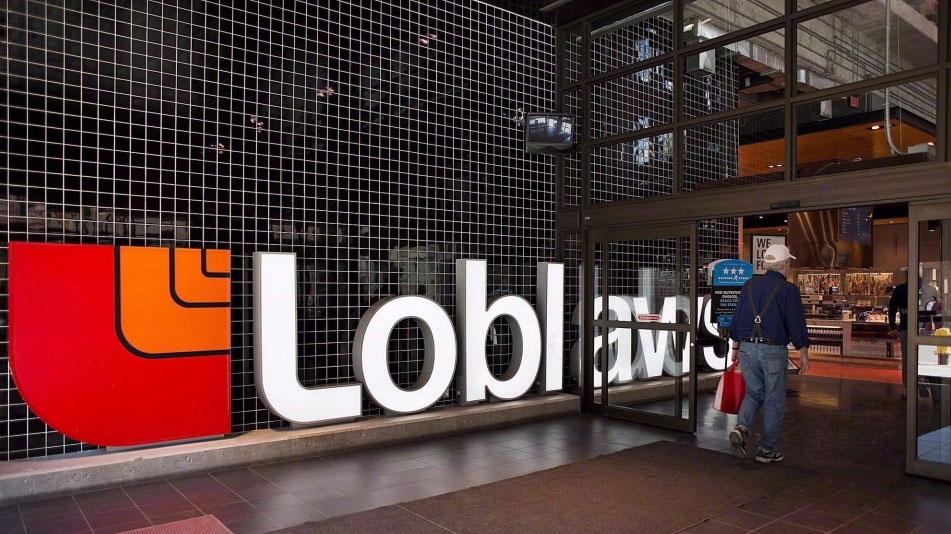 A Loblaw grocery store in Toronto is shown on May 2, 2013. (Aaron Vincent Elkaim/The Canadian Press)

Loblaw Companies Ltd. reported a drop in its fourth-quarter profit and said it is prepared for another challenging year in the grocery industry as it readies for increased labour costs and the impact of recently announced drug reform.

The retailer, which includes Loblaws and Shoppers Drug Mart, was hit by costs related to the announcement of its PC Optimum loyalty rewards program and the fallout from its admission of participation in an alleged industry-wide, price-fixing conspiracy.

The company's profit available to common shareholders totalled $19 million for the quarter ended Dec. 30, down significantly from a profit of $201 million in the final quarter of 2016.

In December, Loblaw and its parent company George Weston Ltd. admitted their participation in what they say is an industry-wide arrangement to co-ordinate the price of bread for at least 14 years. Days later, Loblaw offered customers a $25 gift card as a goodwill gesture.

The company also recorded a $189 million charge related to its merger of the Shoppers Optimum and PC Plus programs this year under the PC Optimum brand. The costs were associated with a higher anticipated redemption rate of points and information technology assets that support the existing loyalty programs.

"As we head into 2018, we are facing significant headwinds," said Loblaw chief financial officer Darren Myers in a conference call with analysts.

The company expects a $190 million increase in labour costs this year after minimum wage hikes and a $250 million negative impact to its 2018 operating income from health-care reform, he said.

In January, the pan-Canadian Pharmaceutical Alliance, which represents the provincial, territorial and federal governments, and the Canadian Generic Pharmaceutical Association, announced that they have reached an agreement that will see the prices of nearly 70 commonly prescribed generic drugs discounted by up to 90 per cent of their brand name equivalents.

At the time, as the company's stock was downgraded and some analysts lowered their target price for its shares, Loblaw declined to comment.

CEO Galen Weston said on Thursday's call that the 2018 lump is a lot to take in one year. The average impact of health-care reform for Loblaw has been about $70 million to $80 million over the past three years.

"Let's say we were optimistic that it might be a little bit less, but we were not surprised with where it ended up landing," he said.

The company has taken several steps to help offset these pressures, Myers said.

In November, Loblaw announced it would close 22 stores. That same month, the company added a new handling fee that its largest suppliers must pay.

Weston said he expects the underlying business to continue to perform well.

On an adjusted basis, Loblaw said earnings available to common shareholders totalled $441 million or $1.13 per share, up from $393 million or 97 cents per share in the fourth quarter of 2016.

Analysts had expected an adjusted profit of $1.11 per share, according to Thomson Reuters.

Revenue for the 12-week period fell to $11.03 billion compared with $11.13 billion a year earlier due to the sale of the company's gas bar operations.