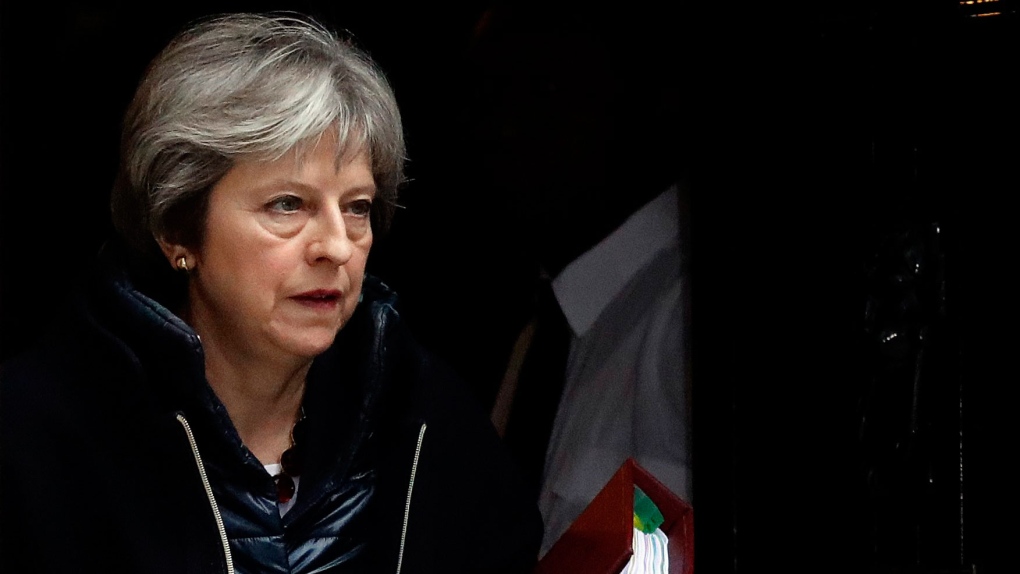 LONDON -- Leading Brexit-supporting lawmakers insisted Wednesday that they aren't about to topple Prime Minister Theresa May, despite strong opposition to her plan for taking Britain out of the European Union.

A faction of May's Conservative Party opposes her proposal to keep the U.K. aligned to EU rules after Brexit in return for free trade in goods. They say that would keep Britain tethered to the bloc and unable to strike new trade deals around the world.

Several dozen rebel lawmakers have discussed attempting to trigger a no-confidence vote in May in hope of replacing her with a strongly pro-Brexit politician such as former Foreign Secretary Boris Johnson, a fierce critic of May's Brexit blueprint.

He said May is doing a "great job at the moment."

Former Brexit Secretary David Davis, who quit the government in July over differences with May, said she is a "very good" prime minister who "should stay in place because we need stability."

Britain is due to leave the EU on March 29, but divorce talks have foundered amid Conservative divisions over how close a relationship to seek with the bloc.

Hopes are fading that Britain and the EU can strike a deal at an EU summit in October as originally planned, but there are growing expectations that the EU is planning another meeting for November.

EU leaders have issued encouraging statements recently, saying a deal is possible in the next two months if both sides are realistic.

"I welcome Prime Minister May's proposal to develop an ambitious new partnership for the future after Brexit," Juncker said during a speech in Strasbourg.

But a deal is far from done, and the U.K. has stepped up planning for a "no-deal" Brexit, which could disrupt trade, transport and other sectors of the economy. The chief executive of automaker Jaguar Land Rover on Tuesday called a no-deal Brexit a "horrifying" scenario that could cost tens of thousands of jobs.

Conservative opponents of May's "Chequers" plan -- named for the country-house retreat where it was drawn up -- are trying to show they have an alternative proposal for breaking free of the EU.

The "hard Brexit"-supporting European Research Group on Wednesday published its plan for solving one of the thorniest outstanding issues -- the border between the U.K.'s Northern Ireland and EU member Ireland. Britain and the EU both say there must be no customs posts or other infrastructure along the currently invisible frontier, but they have not agreed on how that can happen once the U.K. leaves the bloc's tariff-free customs union.

The Brexit-backing group said technology and "trusted trader" programs could remove the need for border posts, and a U.K-EU agreement on common biosecurity standards would allow the smooth movement of agricultural products.

"It can all be done electronically," said lawmaker Owen Paterson, a former Northern Ireland secretary. "There is absolutely no need for new physical infrastructure at the border."

Critics said the EU has already rejected similar measures as inadequate to protect the open border, a cornerstone of Northern Ireland's peace process.

Josh Hardie, deputy director-general of business group the Confederation of British Industry, said the proposals were "too superficial to be of use in practice."

Robert Hannigan, former director of Britain's GCHQ intelligence agency, said Wednesday that a hard border would lead to a rise in smuggling, increase tensions between Irish nationalists and pro-British unionists and "fray around the edges of the peace process."

"So it's a very unhealthy development," Hannigan told the BBC.

Lorne Cook in Brussels contributed to this story.