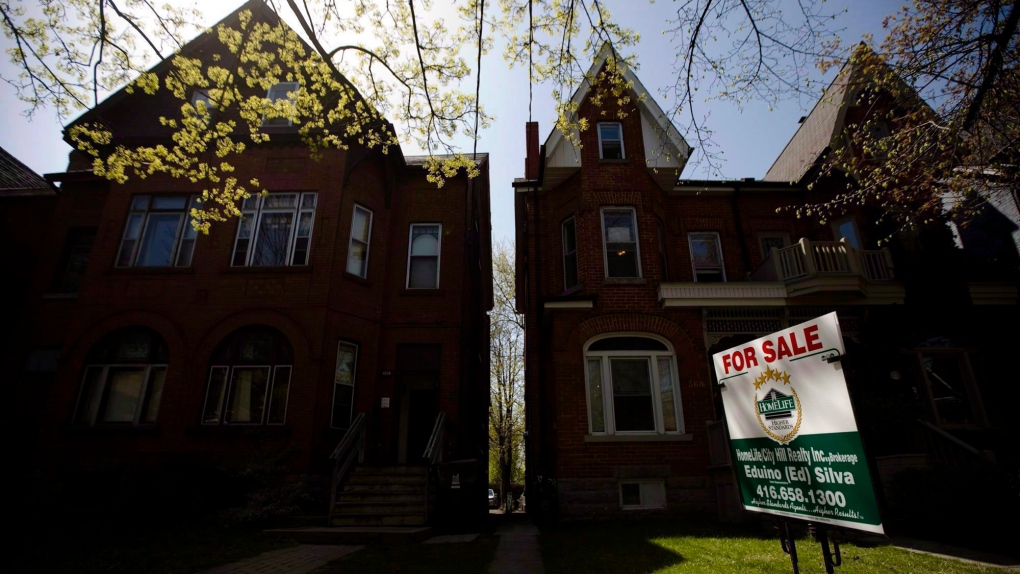 TORONTO -- The pace of Toronto home sales picked up last month, in a sign that the market is rebounding from recent regulatory changes and higher borrowing costs.

The Toronto Real Estate Board (TREB) revealed Thursday that home sales in the Greater Toronto Area rose 2.4 per cent to 8,082 in June, up from the 7,893 homes that changed hands the same month a year ago. When compared with May, those number represented a 17.6 per cent spike.

The slight year-over-year increase followed a steep sales drop of 22.2 per cent in May across the GTA compared to May 2017, reflecting what TREB said is a continuing trend of volatile buyer reaction to various policy changes impacting the market.

"After some adjustment to the Fair Housing Plan, the new Office of The Superintendent of Financial Institutions (OSFI) stress test requirement and generally higher borrowing costs, home buyers are starting to move back into the market, with sales trending up from last year's lows," said TREB's new president Garry Bhaura, in a release, referring to a slew of measures put into place by the federal and provincial governments in the wake of last year's heated market, where bidding wars and skyrocketing prices were the norm.

Bhaura said he has noticed that market conditions appear to be tightening with new listings falling by 18.6 per cent to 15,922, down from 19,561 when compared to last year.

Meanwhile, the average selling price edged up by two per cent on a year-over-year basis to $807,871.

Jason Mercer, TREB's director of market analysis, said the board expects to see sales improve over the next year, although issues surrounding the supply of listings will persist.

"This suggests that competition between buyers could increase, exerting increased upward pressure on home prices," he said.

Bank of Montreal economist Robert Kavcic also took the data to show the market is staging a "snappy turnaround."

"To be fair, sales were plunging on a month-over-month basis at this time last year, so an improved annual trend was inevitable," he said, in a note to investors.

"At any rate, it does look like activity is stabilizing, though still at subdued levels."