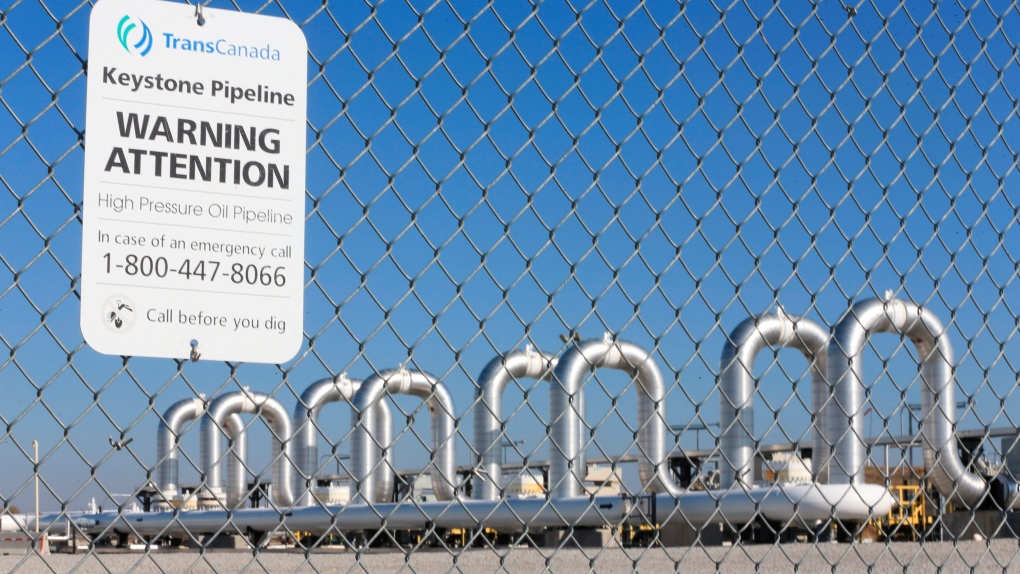 In this Nov. 3, 2015 file photo, the Keystone Steele City pumping station, into which the planned Keystone XL pipeline is to connect to, is seen in Steele City, Neb. (AP Photo/Nati Harnik, File)

HELENA, Mont. - A Montana judge must decide whether to once again block the proposed Keystone XL oil pipeline or side with U.S. government attorneys who want him to uphold President Donald Trump's permit to cross the U.S.- Canada border.

Trump signed the new permit in March, prompting the plaintiffs to accuse the president of trying to get around the judge's previous order.

A separate lawsuit by Native American tribes alleges Trump's approval did not take into consideration the potential damage to cultural sites.