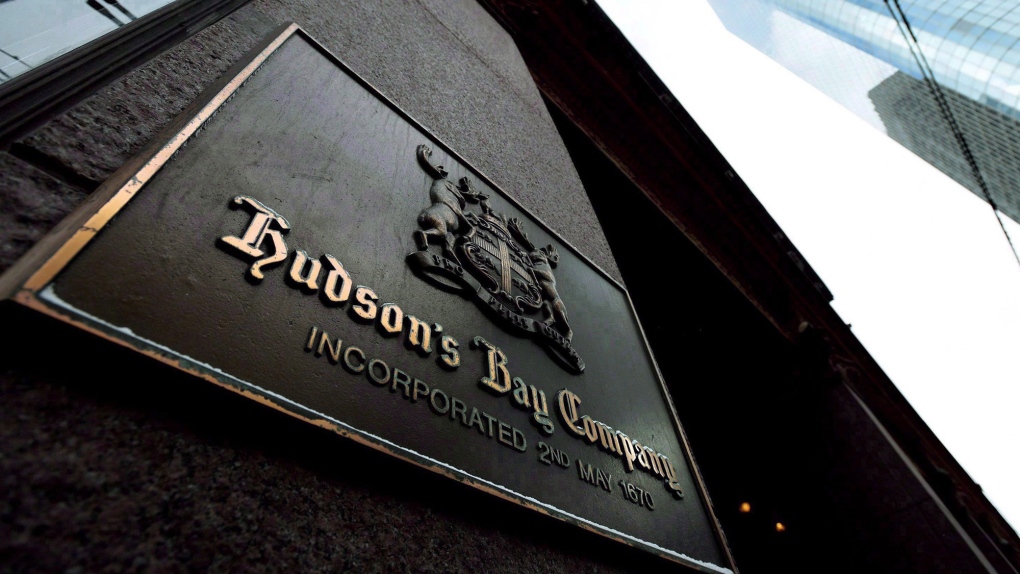 The Hudson's Bay Co. board agreed Monday to a sweetened privatization offer that values the retailer at about $1.9 billion, but the deal will require support from minority shareholders if it is to be accepted.

The board said a group of shareholders led by HBC executive chairman Richard Baker, which holds about a 57 per cent stake in the retailer, has agreed to pay $10.30 per share in cash to take HBC private.

The bid is nine per cent higher than an earlier offer of $9.45 per share by the group, following objections from Toronto-based Catalyst Capital and Land & Buildings Investment Management of Stamford, Conn.

Catalyst declined to comment, but in August the group announced it acquired nearly 18.5 million HBC shares --roughly a 10.05 per cent stake -- at a price of $10.11 per share in an effort to oppose the Baker-led bid.

Catalyst held a 15.96 per cent stake in the company overall as of the end of August, according to financial markets data firm Refinitiv. The investment firm has previously said it will vote its shares against the privatization bid.

L&B didn't immediately respond to requests for comment on the latest development. The activist investor has called Baker's initial offer of $9.45 per share a "woefully inadequate price."

The deal announced Monday is subject to approval by a majority of the minority of HBC shareholders, excluding the shareholder group and its affiliates, and approval by a 75 per cent majority vote at a special meeting of shareholders that HBC expects to hold in December. The company expects the deal to close late this year or early 2020.

The HBC board said the Baker-led group's offer provides minority shareholders with "immediate and certain value" at a time of uncertainty as the retail industry evolves rapidly.

HBC's management, which hasn't commented publicly on the going-private initiative, reported last month that the owner of the Hudson's Bay chain of department stores as well as the New York-based Saks Fifth Avenue luxury chain and Saks Off Fifth fashion outlets lost $984 million in the quarter ended Aug. 3.

The third-quarter loss amounted to $5.35 per share and compared with a year-earlier loss of $280 million or $1.45 per share.

HBC's overall third-quarter revenue totalled $1.9 billion, roughly the same as a year ago, while comparable store sales fell 0.4 per cent, as comparable sales at the Hudson's Bay chain fell 3.4 per cent in the quarter.

"Continued industry headwinds and the deterioration in operating performance have negatively affected the company's financial results," the board said in a statement Monday.

It added that "the company will be required to invest substantial capital and resources to remain relevant to its customers and successfully compete."

That has been the main message of the Baker-led group, which includes Rhone Capital, WeWork Property Advisors, Hanover Investments (Luxembourg) and Abrams Capital Management.

However, opponents of the Baker group have argued that they will essentially be able to fund the privatization from proceeds of HBC's sales of its European operations.

HBC also announced Monday it completed the sale of its remaining stakes in it European real estate and retail joint ventures to its partner Signa Retail for a total consideration of approximately $1.5 billion. It used a portion of those funds to repay a $429-million loan, while the remainder will "fortify HBC's balance sheet for future capital and restructuring needs," according to a company presentation on the privatization deal.

It adds that funding for the privatization arrangement will come from "existing cash resources," as well as committed debt financing from several banks.

The Baker group's revised offer represents a premium of 62 per cent compared with where the shares were trading before the shareholder group's initial proposal announced June 10, according to the HBC board.

However, the board also said TD Securities had provided a special committee of directors with an estimate that HBC's common shares had a fair market value of between $10 and $12.25 each, as of Oct. 20.

This report by The Canadian Press was first published Oct. 21, 2019