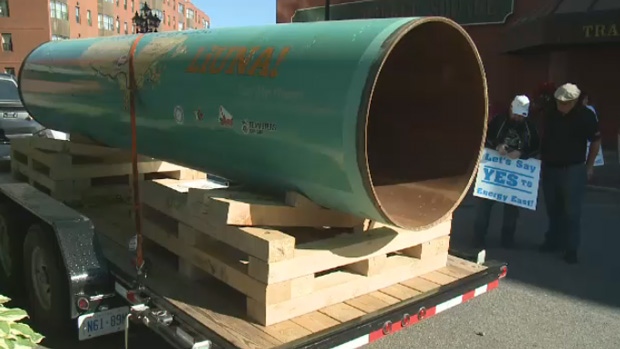 CALGARY -- The head of the National Energy Board says a proposed overhaul of how the federal regulator consults, operates and is organized will make it better prepared to respond to modern expectations.

Speaking at the sidelines of an industry safety workshop Wednesday, NEB chairman Peter Watson says recommendations last month by a modernization panel could fix some of the limitations of the regulator and help it keep up with the times.

"Some of the things at the root of our challenges are embedded in our enabling legislation, so I actually think that whatever comes out of these reviews, it's kind of time to refresh for the 21st century," said Watson.

"We know expectations have changed on us and we need to keep pace with where things are going."

He says changes to rules on governance, public participation and the role of indigenous peoples will help the NEB respond better to concerns of the public.

The federal regulator's own plans for more reporting on how it's performing and driving safety culture in the industry will also help the public keep the NEB accountable, said Watson.

"People should understand how we're performing and then use that information to assess whether they think we're good enough or not."

Watson says he's not concerned by the suggestions the panel put forth. These include splitting off data production into a separate organization, a one-year federal review of projects to determine if they're in the public interest before a detailed review by the regulator, and no longer requiring board members to live in Calgary.

The panel made the recommendations after finding that the regulator had fundamentally lost the confidence of many Canadians.

Watson added that while waiting for the government overhaul, the NEB is also taking its own initiative to improve pipeline safety and regulations -- including a two-day workshop being held in Calgary to discuss how to improve manufacturing standards for pipeline parts.

"Even while the modernization review is going on, we're making significant steps on how we drive safety culture into the oil and gas industry, and into the companies we regulate," he said.

The NEB organized the workshop after the regulator and pipeline companies found flaws in parts being supplied by several global manufacturers.

Since the Canadian regulator has no direct control over the manufacturing process, it has brought together academics, manufacturers, international regulators and others to identify the issues and find solutions, including better standards.

On Wednesday, the Canadian Energy Pipeline Association also released its annual report that showed members leaked 38 barrels, or 6,042 litres, of crude oil in three minor incidents, with no incidents classified as significant for the second year in a row.