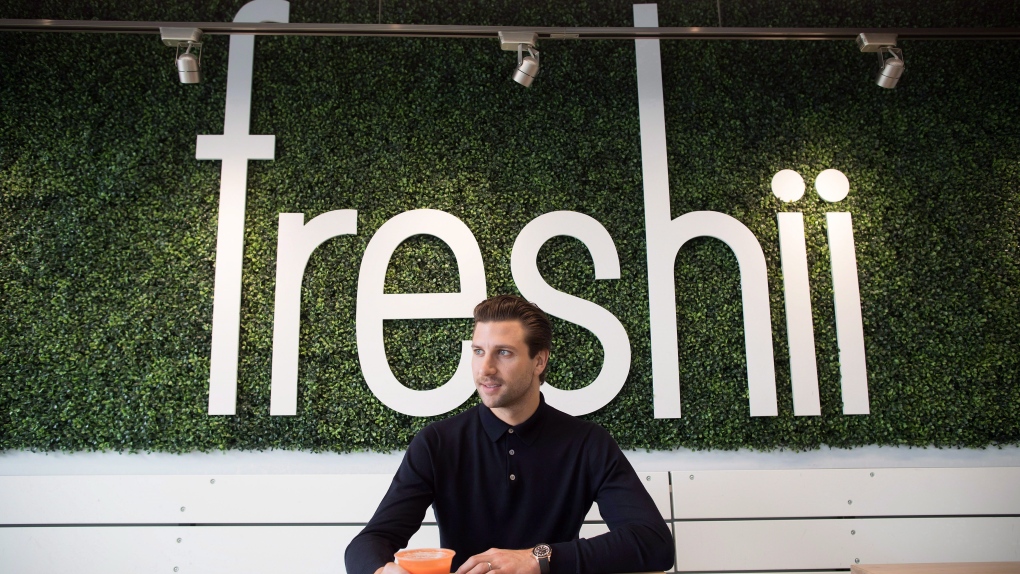 Matthew Corrin, founder & CEO of Freshii, poses for a photograph at one of the company's franchises in Vancouver, B.C., on Wednesday January 24, 2018. (THE CANADIAN PRESS/Darryl Dyck)

TORONTO -- Freshii Inc. says it will soon sell its prepared food offerings in some Walmart Canada locations in Ontario its first partnership with a major grocer.

The Toronto-based company that markets its meals as healthier meal options says its products will be in 100 Walmart Canada stores by the end of April as well as online.

Freshii says total revenue, which includes its franchised shops and its company-owned stores, totalled $5.65 million for the quarter, up from $4.85 million a year earlier.

Company CEO Matthew Corrin says the company has a lot of work to do in the year ahead and will focus on simplifying in-store operations, improving its menu, and investing more in marketing and technology.