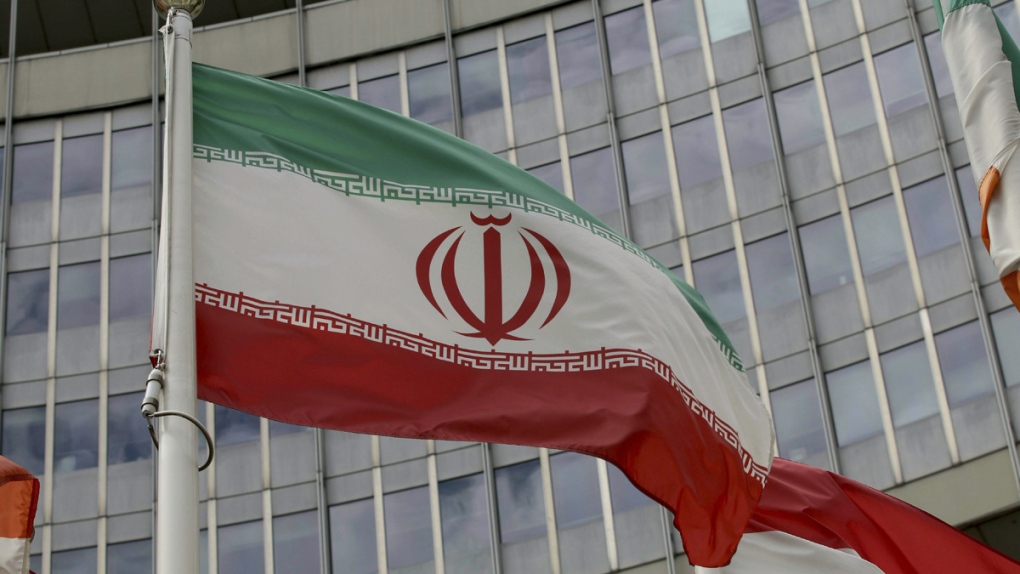 The Iranian flag waves outside of the UN building that hosts the International Atomic Energy Agency office in Vienna, Austria, on July 10, 2019. (Ronald Zak / AP)

U.S. pressure on Iran and its "long-arm jurisdiction" against companies in third countries is the "root cause" of tension with Tehran, a foreign ministry spokesman said.

"China has consistently and resolutely opposed the United States imposing unilateral sanctions and so-called long-armed jurisdiction over other countries, including China," said the spokesman, Geng Shuang. "We urge the United States to immediately correct this wrong approach and earnestly respect the legitimate rights and interests of all parties,"

The U.S. Treasury said Thursday it had imposed sanctions on what it called a network of front companies and agents. It said they are based in Iran, China and Belgium. The Treasury gave no details but said the purchases violated UN restrictions on materials that can be used for nuclear programs.