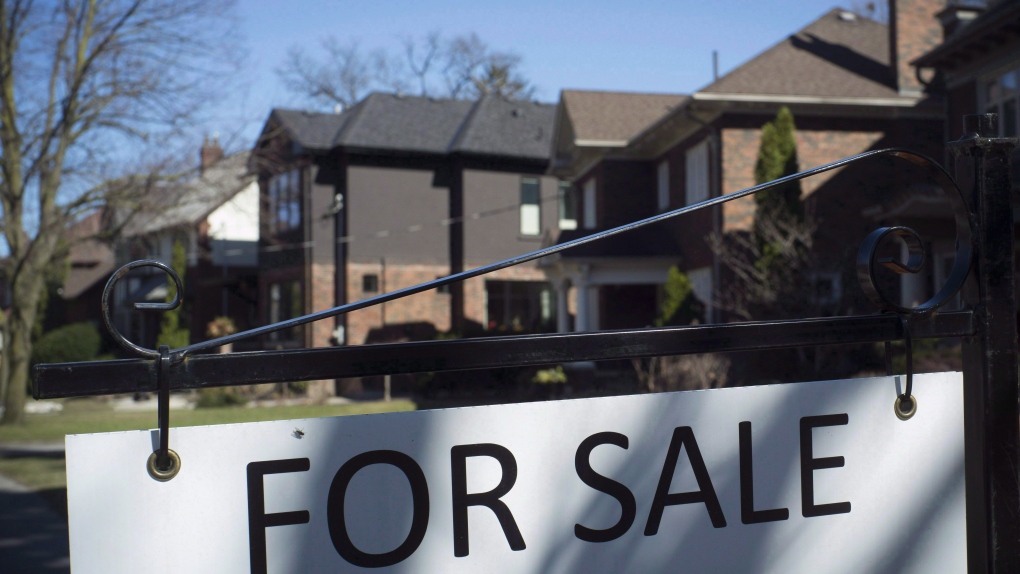 A for sale sign is shown in front of west-end Toronto homes, Sunday, April 9, 2017. The Toronto Real Estate Board (TREB) says residential home sales in the Greater Toronto Area climbed 18.6 per cent higher in July compared to the same month a year ago.THE CANADIAN PRESS/Graeme Roy

OTTAWA -- The Canadian housing market is finding its footing after a prolonged stumble in the first half of the year, shaking off the impact of stricter mortgage rules, rising interest rates and provincial policy changes.

Home sales increased 1.9 per cent in July compared with June, according to the Canadian Real Estate Association. The bump-up marked the third consecutive month of recovery after an initial plunge in 2018.

"Essentially, stabilization in the Toronto region has been offset by a pullback in other areas, notably much of Western Canada," said BMO Financial Group chief economist Douglas Porter.

Greater Toronto Area sales climbed 7.7 per cent from June and 17.6 per cent year over year to lead the July increase.

More than half of all local housing markets reported more sales last month than in June.

Compared with a year ago, overall sales in July were down 1.3 per cent due to fewer transactions in major urban centres in British Columbia. The figure marked a levelling off of much steeper year-over-year declines earlier this year.

"That cut out a lot of buying power out for first-time buyers and even move-up buyers," he said.

"Still, the stress test and all the news rules, it seems like buyers have kind of got their heads around it now."

Canada's Big Six banks all increased their benchmark fixed-rate mortgage rate in April or May.

The rates differ from actual mortgage rates offered to borrowers, which are not seeing the same increases. But the Bank of Canada uses the posted five-year fixed mortgage rates at Canada's biggest banks to calculate the rate used in stress tests to determine whether borrowers can qualify for both uninsured and insured mortgages.

In July, Vancouver and the Fraser Valley saw sales dive 30 per cent and 34 per cent, respectively, year over year. Prices in both areas nudged up from the same month last year.

"A tougher borrowing climate and the non-resident buyers' tax likely rule out a return to the earlier mania in these two regions," said BMO Capital Markets senior economist Sal Gautieri of the greater Vancouver and Toronto areas.

Excluding those two markets, the national average home price was just under $383,000.