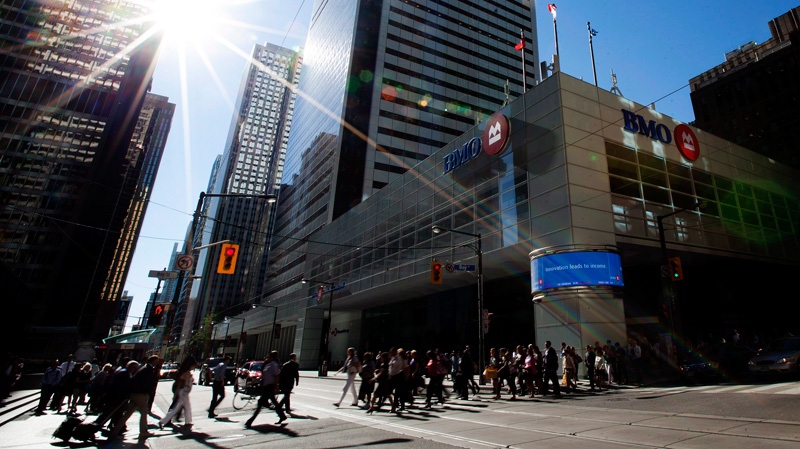 TORONTO -- The Bank of Montreal (TSX:BMO) is cutting its posted five-year fixed mortgage rate, a move that experts say could spur other banks to slash their rates as well as the spring real estate season begins.

The bank announced Tuesday it is reducing its special offer five-year fixed rate mortgage to 2.79 per cent from 2.99 per cent, effective immediately. It left its other rates unchanged.

"I would imagine that we'll see some kind of rate promotions from other lenders," said Steve Pipkey, co-founder of Spin Mortgage.

However, Pipkey and other mortgage rate specialists noted the country's big lenders are already quietly offering rates of 2.79 per cent or lower to some of their best customers.

Robert McLister, the founder of RateSpy.com, says a customer with good credit standing can walk into his or her bank branch and negotiate a rate lower than the ones posted by the lenders.

"If you have any negotiating skills you can get this rate already," McLister said, calling BMO's announcement a "media splash."

The rate cut comes amid concerns about highly leveraged Canadian consumers and overheated housing markets in Toronto and Vancouver.

The average price of a detached home in Toronto and Vancouver tipped over $1 million this year. Meanwhile, the ratio of household debt to disposable income hit a new high of 163.3 per cent in the fourth quarter.

Penelope Graham, editor of RateSupermarket.ca, says it is the third consecutive year that the Bank of Montreal has come out with a special mortgage rate offering in time for the key spring real estate season.

"Around here we refer to it as BMO's March miracle, because it's always in March that they bring out this really aggressive pricing," Graham said.

"We might see some of the larger lenders respond to what BMO is doing. But they're trying to protect their profit margins, because there's not a lot of room to manoeuvre. We're talking about very, very low rates to begin with. What the big banks might do is cut their rates partially just to join the competition."