Who's behind voting-machine makers? Money of unclear origins 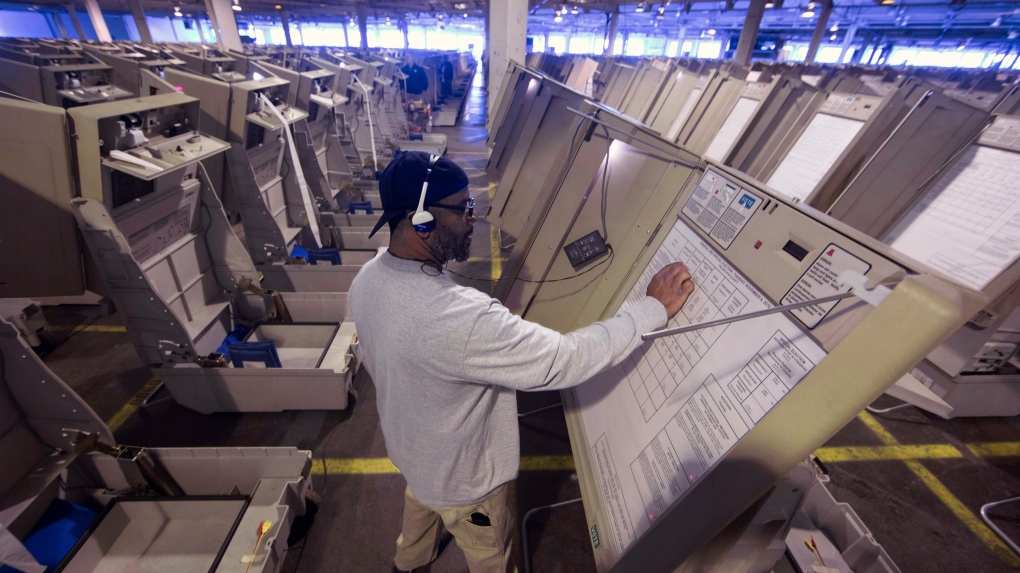 In this Oct. 14, 2016 file photo, a technician works to prepare voting machines to be used in an upcoming election in Philadelphia. In North Carolina, voting machine makers hoping to sell their systems are largely owned by private equity firms that don't dislcose their investors. (AP Photo/Matt Rourke, FILE)

RALEIGH, N.C. -- The voting-machine makers that aim to sell their systems in North Carolina are largely owned by private equity firms that don't disclose their investors.

The companies didn't want the public to know even that much.

North Carolina's statewide elections board demanded the machine-makers' ownership information last month after special counsel Robert Mueller's April report into Russian efforts to sway the 2016 presidential election. Their concerns about potential foreign interference have grown since Maryland officials learned last year that a company maintaining that state's election infrastructure did not disclose its financing by a venture fund whose largest investor is a Russian oligarch.

The private-equity backers of the three voting systems vendors seeking approval to sell to county elections boards in North Carolina told The Associated Press they're controlled by U.S. citizens. They claimed they have no ties to foreign oligarchs or other nefarious persons facing financial sanctions by Washington. But they didn't provide information about the sources of the money they invest. And they asked the board not to share what they did disclose with the public.

The elections board released the companies' responses -- as required by law -- under a public records request from The AP.

"The answer that we all really want is, is there foreign influence over the companies that make equipment that's used in our elections? We didn't get that answer, because the actual influence is obfuscated behind the private equity firms," said Maurice Turner, who focuses on election security at the Center for Democracy & Technology in Washington, D.C.

North Carolina -- the country's ninth largest state by population -- is heating up as a market for voting equipment because the state has required touchscreen-only systems to be replaced after November with equipment that produces a paper record. The change will affect machines in about a third of the state's 100 counties. New voting systems purchased from approved companies could be in use for a decade.

The three companies -- Omaha, Nebraska-based Election Systems & Software; Boston-based Clear Ballot; and Austin, Texas-based Hart InterCivic -- were told to disclose anyone holding a 5 per cent or greater stake, or in a parent company or any subsidiaries.

All three private companies responded by listing their executives and equity funds as chief owners. And all three asked that even these responses be kept confidential.

Hart InterCivic said that it "derives independent actual value from this information not being generally known or readily ascertainable and makes reasonable efforts to maintain the secrecy of this information."

Election Systems & Software did disclose that it is controlled through an intermediary company by McCarthy Group, a private equity firm also based in Omaha. The CEO and chief financial officer of ES&S own smaller stakes.

The board hasn't scheduled a hearing to review the responses.

While election experts knew generally that the machine-makers had private equity backing, the scope of that ownership is now clearer because of North Carolina's query, something few if any other states have demanded previously, Turner said.

Turner says the back-and-forth shows that the federal government is better equipped than states are when it comes to trying to determine who really controls the handful of U.S. election-equipment makers. Washington should take on this task, to protect confidence in the country's voting system, Turner said.

"It's hard to think of many services that are of greater public importance than running our elections," said Lawrence Norden, an expert on voting machines with the Brennan Center for Justice at New York University's law school. "The public should know who is doing that and who has control over the companies that are doing that."