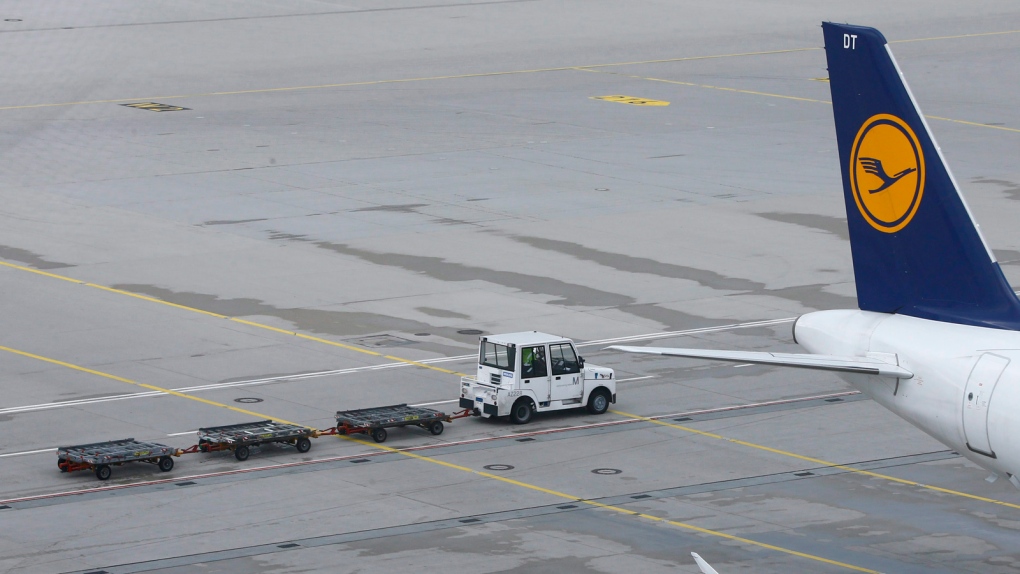 A Lufthansa plane is parked at the airport in Munich, Germany, Wednesday, April 27, 2016. (AP / Matthias Schrader)

VANCOUVER -- Lufthansa officials say a Vancouver-bound flight from Munich was diverted to Hamburg after a passenger suffered a medical issue.

Airline spokesman Michael Lamberty says flight LH476 was forced to land in Hamburg on Sunday afternoon and a passenger was taken off for treatment.

He declined to provide information about the passenger's condition or nationality, citing German privacy laws.

Lamberty says the flight landed in Hamburg around 4 p.m. local time and took off again just before 6 p.m., and is expected to arrive in Vancouver later Sunday night.

Hamburg police say a rescue crew including a doctor met the man at the airport, diagnosed him with a mental disorder and took him to a local psychiatric facility.

The police say there is no active investigation into the incident at this time.

Police did not have any information about the man's disorder or behaviour on the plane other than he appeared to be "disoriented."

The Canadian government had no immediate information about the incident.