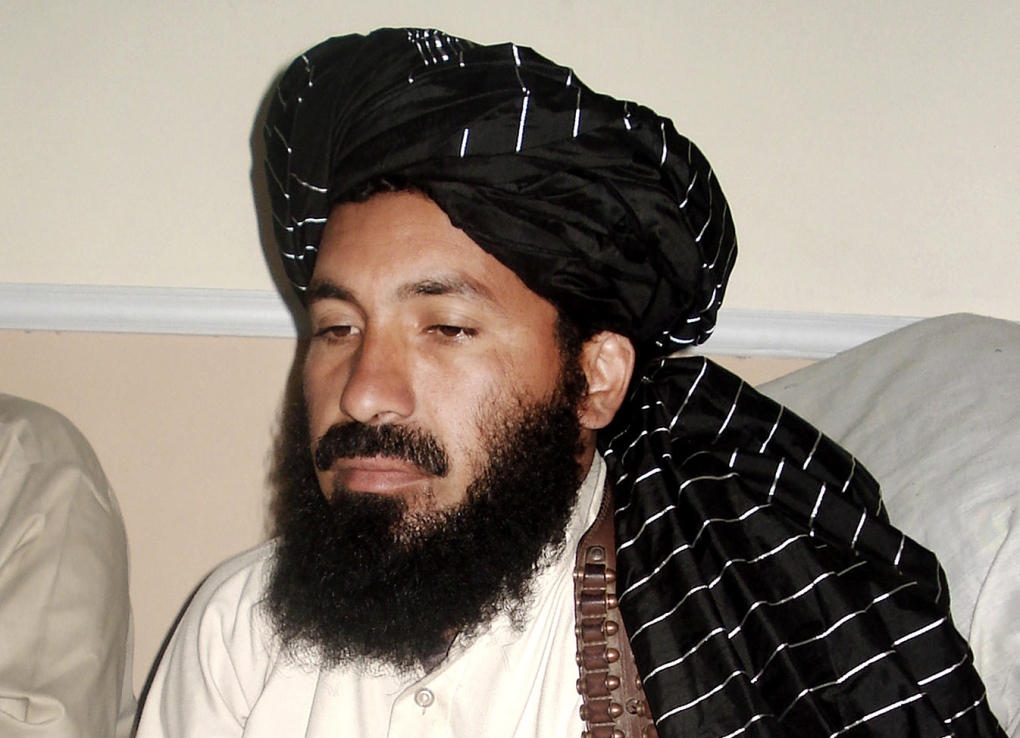 ISLAMABAD -- An American drone strike in Pakistan has killed a top Taliban commander who sent money and fighters to battle the U.S. in Afghanistan but had a truce with the Pakistani military, officials said Thursday.

While the death of Maulvi Nazir was likely to be seen in Washington as affirmation of the necessity of the controversial U.S. drone program, it could cause more friction in already tense relations with Pakistan because Nazir did not focus on Pakistani targets.

Nazir was killed when two missiles slammed into a house in a village in South Waziristan while he was meeting with supporters and fellow commanders. Eight other people were killed, according to five Pakistani security officials, speaking on condition of anonymity because they were not authorized to talk to the media.

A U.S. official confirmed the death of Nazir, along with an unspecified number of "trusted deputies."

Nazir and those killed were "directly involved in planning and executing cross-border attacks on coalition forces in Afghanistan, as well as providing protection for al-Qaida fighters in South Waziristan," said the official, who spoke on condition of anonymity because he was not authorized to describe casualties resulting from CIA counterterrorism actions.

Earlier, Pentagon spokesman George Little described Nazir as "someone who has a great deal of blood on his hands."

At least four people were killed in a separate drone strike Thursday in the North Waziristan tribal region.

America's use of drones against militants in Pakistan has increased substantially under President Barack Obama, and the program killed a number of top militants in the past year.

But the drone strikes infuriate many Pakistanis who see them as a violation of their country's sovereignty. Many Pakistanis complain that innocent civilians have also been killed, something the U.S. rejects.

A Pakistani official said while his government continues to object to the drone strikes, it does not object to removing Nazir from the battlefield, because despite his reported cooperation with the Pakistani government, he was suspected to have aided groups who attack Pakistani troops. The official spoke on condition of anonymity because he was not authorized to speak publicly.

The official said a U.S.-Pakistani working group seeking to craft a drone policy acceptable to Pakistan has made little progress, but that intelligence cooperation with the U.S. military and CIA had been improving, warming further after December's high-level bilateral meeting of defense and intelligence officials in Peshawar cleared the way to release a long-delayed payment of $688 million in U.S. funds to the Pakistan military. The money is part of a regular program to reimburse some of Pakistan's financial outlays in fighting militants and patrolling the Afghan border.

The official said the U.S. had also shared some intelligence leading to successful operations against Pakistani terrorist targets, but the surveillance and raids against such targets are now done only by Pakistani security and intelligence operatives. The official said there has been no return to the joint Pakistani-CIA raids that took place before last year's deadly border incident in which the U.S. fired on Pakistani troops, a controversial shooting of two Pakistanis by a CIA contractor, and the Navy SEAL raid that killed Osama bin Laden in Abbottabad.

Nazir earned the enmity of the U.S. by sending fighters to attack American forces in neighboring Afghanistan. He's also believed to have given shelter to al-Qaida members fleeing Afghanistan after the U.S. invasion and has maintained close relations with Arab members of the militant group.

But in Pakistan, many members of the military had a more favorable view of Nazir and similar militant chiefs who focus their attacks in Afghanistan and don't strike Pakistani targets. Pakistan is believed to have reached a nonaggression pact with Nazir ahead of its 2009 military operation against militants in South Waziristan.

Still, Nazir outraged many Pakistanis in June when he announced that he would not allow any polio vaccinations in territory under his control until the U.S. stops drone attacks in the region.

Pakistan is one of three countries where polio is still endemic. Nine workers helping in anti-polio vaccination campaigns were killed last month, and the killings this week of five female teachers and two aid workers may also have been linked to the immunization campaigns.

As many as 10,000 people attended Nazir's funeral in the town of Angoor Adda, where the strike happened. One resident who was there, Ahmed Yar, said Nazir's body was badly burned and his face was unrecognizable.

Reports of individual deaths in such cases are often difficult to verify independently.

Nazir was active in many parts of Afghanistan and had close ties with the Afghan Taliban, said Mansur Mahsud, the head of the Islamabad-based FATA Research Centre, which studies the tribal regions.

"His death is a great blow to the Afghan Taliban," he said.

The Taliban is a widely diverse group. The Afghan Taliban is made up mostly of Afghans who fight against U.S. and NATO troops.

Within Pakistan, it's a bit more complex. The Tehrik-e-Taliban is an umbrella group consisting of militants who have been fighting for the overthrow of the Pakistani government because they believe it's too closely allied with the U.S. They would like to install a hard-line Islamist government and have been behind much of the violence tearing apart Pakistan in recent years.

Nazir and another senior Taliban commander, Hafiz Gul Bahadur, broke away from the TTP in 2009 and struck a truce with the Pakistani military. Instead they focus their fighters and money on battling U.S. forces in Afghanistan.

Nazir was believed to be about 40 years old, with three children and property in both Pakistan and Afghanistan. One of his brothers was also killed in a drone strike. Nazir used to be a member of Hizb-e-Islami, a powerful militant Islamist group in Afghanistan run by former Prime Minister Gulbuddin Hekmatyar.

In November, a suicide bomber wounded him in an attempted assassination in Wana.

No group claimed responsibility, but suspicion immediately fell on rival militants including the head of the TTP, Hakimullah Mehsud. He has been jockeying with Nazir for power ever since Nazir's nonaggression pact allowed the Pakistani military to launch a massive operation in South Waziristan that drove Mehsud from the region.

In retaliation for the assassination attempt, Nazir expelled members of Mehsud's tribe from Wana. Nazir was meeting with supporters to discuss how to deal with the TTP when the missiles struck Wednesday, according to the FATA center's Mahsud.

Nazir's group quickly appointed his close aide, Bawal Khan, as a replacement, according to one of Nazir's commanders. He spoke on condition of anonymity because he was not authorized to talk to the media.

But it remains to be seen what the new leader's policies will be and whether the tension with the TTP could lead to a power struggle in the region.

The former chief of intelligence in northwest Pakistan, retired brigadier Asad Munir, said Nazir's killing will complicate the fight against militants in the tribal region and could prompt Nazir's group to carry out retaliatory attacks against the Pakistani army.

It will also raise questions among military commanders here who would like the U.S. to use its firepower against the Pakistani Taliban, which attacks domestic targets, and not against militants like Nazir who aren't seen as much of a threat to the state, Munir said.

He added that the risk now for Pakistan is that the remnants of Nazir's group could join ranks with the Pakistani Taliban in its war with the government and army.

Drone strikes have been on the rise under Obama.

The program has killed a number of top militant commanders, including al-Qaida's then-No. 2, Abu Yahya al-Libi, who died in a drone strike in June.

Badruddin Haqqani, who has been described as the day-to-day operations commander of the Haqqani network, was killed by a drone attack in August. The Haqqani network has been blamed by the U.S. for carrying out some of the highest-profile attacks against American and NATO troops in Afghanistan.