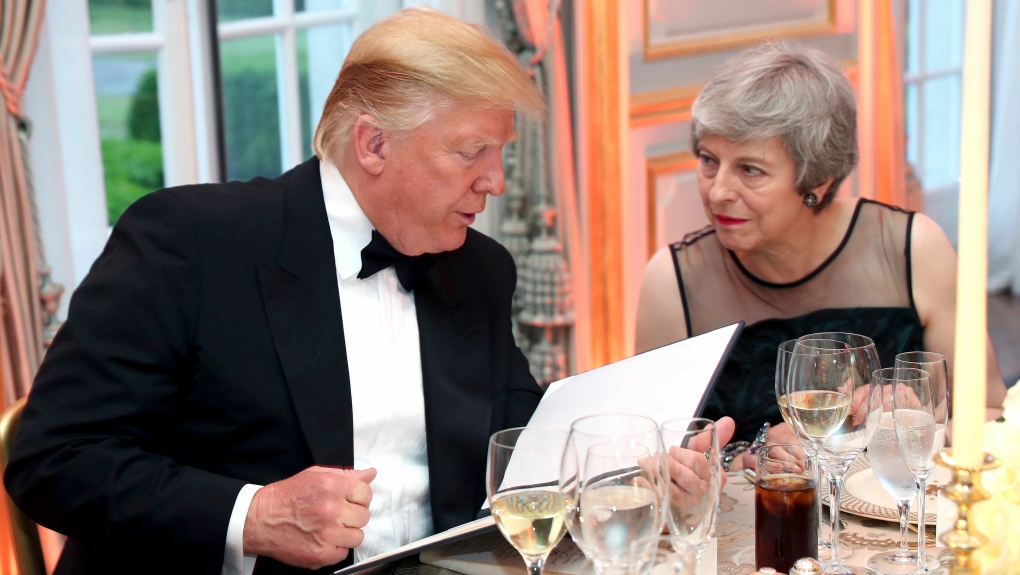 US President Donald Trump and Britain's Prime Minister Theresa May speak, during the Return Dinner in Winfield House, the residence of the Ambassador of the United States of America to the UK, in Regent's Park, part of the president's state visit to the UK, in London, Tuesday June 4, 2019. (Chris Jackson/Pool Photo via AP)

Trump said the liberal lawmakers of colour should go back to the "broken and crime infested" countries they came from. All four are American citizens and three were born in the United States.

May's spokesman, James Slack, said Monday that the prime minister thinks "the language which was used to refer to the women was completely unacceptable."

U.K.-U.S. relations have been rattled in the last two weeks by a newspaper's publication of leaked cables from Britain's ambassador in Washington criticizing the Trump administration.

Trump responded by calling Ambassador Kim Darroch "very stupid" on Twitter and cold-shouldering him. Darroch resigned, saying he could no longer do his job.