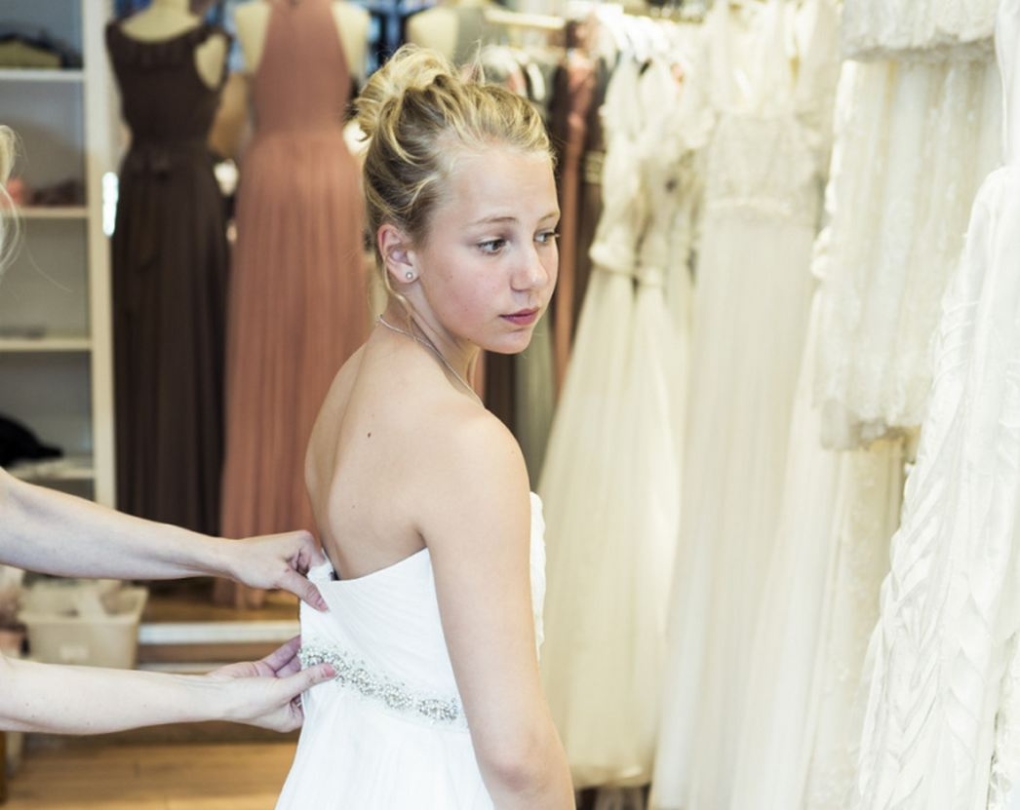 Thea gets fitted for a wedding dress before her wedding. (theasbryllup)

Thea is a 12-year-old girl living in Norway and on Saturday she will marry a 37-year-old man named Geir. This will make her Norway's first official child bride.

"I learned from Mom yesterday that I'm getting married. I will marry a man named Geir and it is a bit strange because I know he really is so grown up," Thea wrote in her first blog post in September.

Thea writes that she like horses, spending time with friends and the band One Direction.

For the past month she has been updating a blog where she goes wedding dress shopping, picks out rings, chooses invitations, selects items for a gift registry, takes engagement photos and visits the church where the wedding will be held. She also posts a lot of selfies.

She added that she likes spending time with her friends Sara and Anniken and writing stories, but her mom told her that Geir will be able to provide her everything she needs so she will be quitting school.

At the beginning of October, she posted a blog titled "Do I do it with Geir??!!" Thea said she had to search for sex online to learn what it involved.

"So I know what sex is but…it's just weird and disgusting especially when he is so old and nobody can force me to do it??" Thea wrote. "My mom said I should not think about it when I tried to ask her. But now I can't think of anything else."

If it seems ludicrous that a 12-year-old girl in Norway would marry an adult male, it is because the entire blog is a viral marketing campaign designed to highlight the issue of child marriage.

A marriage with a 12-year-old could not happen in countries such as Norway or Canada, but an estimated 39,000 child brides are married every day around the world, according to Plan International, the children's development charity behind the viral campaign.

In countries such as Niger or Bangladesh more than 60 per cent of girls are married before turning 18. If current trends continue, 142 million girls will be married over the next decade, according to UN statistics.

"This is a widespread practice in several places in the world despite the fact that, according to the UN Convention, it is illegal and a violation of human rights," reads Plan's website. "Children should not be married, no matter where they live."

The wedding day, Oct. 11, is set to coincide with the UN's International Day of the Girl Child. The campaign started a national petition in Norway to stop the wedding.