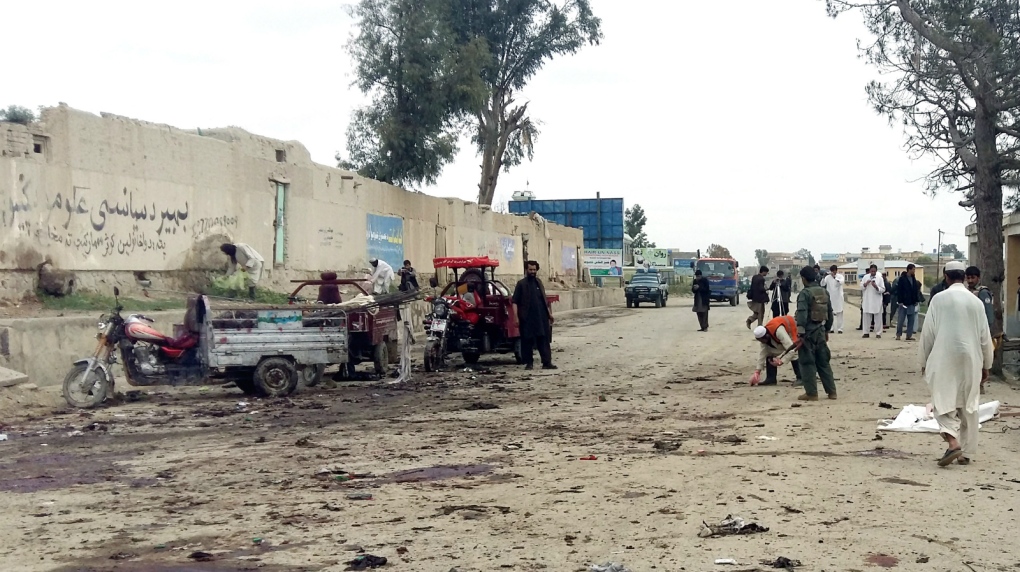 KABUL -- A suicide bomber attacked an anti-corruption demonstration in eastern Afghanistan on Thursday, killing 16 people and wounding up to 60, officials said.

The explosion in the eastern city of Khost wounded a local member of parliament, Hamayun Hamayoon, according to Mubarez Mohammed Zadran, the provincial governor's spokesman.

The acting director of the provincial public health department, Hedayat Hamidi, said local hospitals have received 60 wounded, "among them civilians and members of the security forces."

Khost is a volatile province along the border with Pakistan where the Taliban have an entrenched, long-term presence. In recent months, hundreds of thousands of people have arrived in the province fleeing a Pakistani army offensive against Taliban strongholds across the border.

No claim of responsibility for the attack has yet been made.

Earlier on Thursday, the police chief of a restive district in the country's south was killed by a roadside bomb.

Hikmatullah Akmal was heading toward a Taliban attack on a checkpoint in Gereshk district when the bomb planted by insurgents struck his vehicle, according to Helmand provincial police chief Nabi Jan Malakhail.

A major military operation is underway to drive Taliban insurgents from the poppy-rich valley of the Helmand River.

The insurgents, fighting to protect supply routes and a major source of funding from the opium produced in the province, have stepped up attacks on police checkpoints and other government targets.