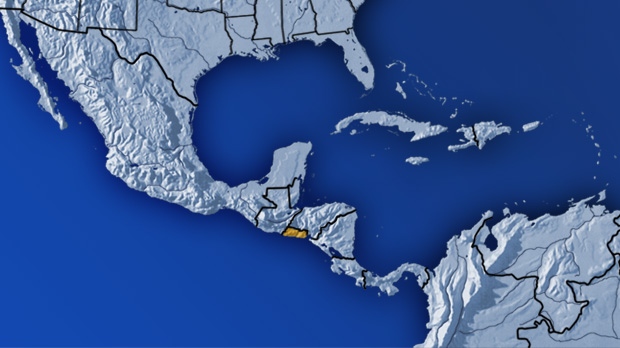 SAN SALVADOR, El Salvador -- A swarm of earthquakes shook southern El Salvador on Sunday, damaging nearly 200 homes and touching off small landslides, but there were no reports of serious injuries or deaths.

The U.S. Geological Survey said at least nine quakes of magnitude 4.3 or greater struck the region beginning in the morning, including three of magnitude 5.2 to 5.6.

Civil defence director Jorge Melendez said at a news conference that 11 homes were destroyed and considerable damage was done to 180 more. Most of the structures affected were made of bahareque, a material composed of cane or sticks mixed with mud and straw.

The government was transporting tents to the zone to shelter residents left homeless.

An alert was declared for some municipalities in the departments of Chirilagua, San Miguel and La Union, and classes were suspended for Monday in those areas.

Melendez said one of the quakes unleashed landslides on a highway leading to Playa El Cuco, one of the most visited tourist beaches in the area.

USGS geophysicist Don Blakeman said the earlier quakes were likely foreshocks to the magnitude 5.6 event, which hit just after 1 p.m. local time. Its epicenter was located offshore in the Pacific, about 8 miles (12 kilometres) from the town of Intipuca, at a depth of 6 miles (10 kilometres).

Seismic activity is common in Central America, where tectonic plates meet, and Blakeman said Sunday's shakes were "not really anything out of the ordinary."

"Occasionally you do see these kinds of swarms," he said. "We see swarms of small earthquakes in lots of places. That's for instance very typical in Yellowstone, and that sort of thing. But these are pretty good size for sure."

The area affected is near El Salvador's border with Honduras. The larger quakes were also felt in the capital, San Salvador, about 90 miles (150 kilometres) to the west, but the local Red Cross said there were no reports of damage or injuries there.

"It is not ruled out that (the quakes) could continue for days or even weeks," Diaz said.