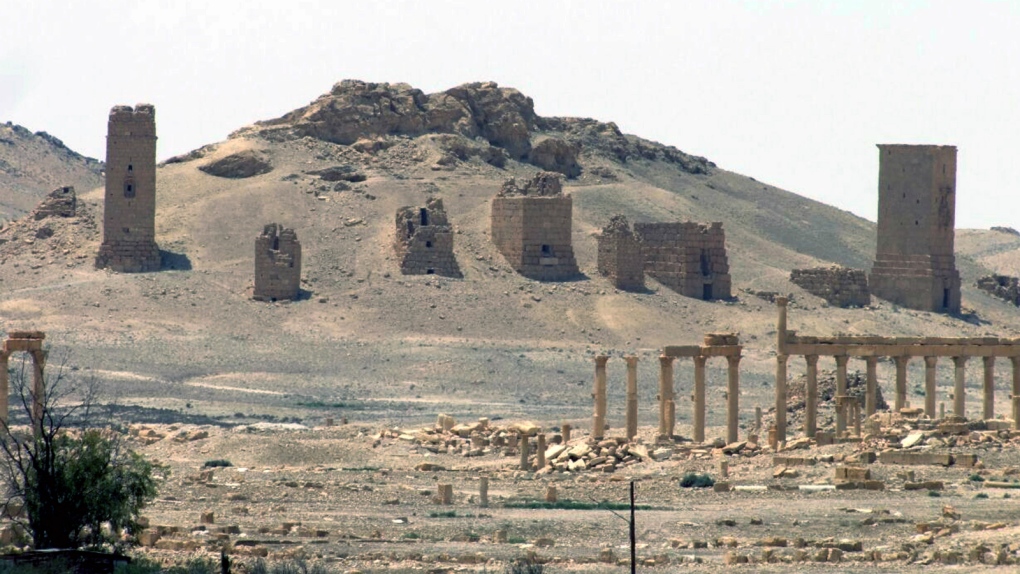 A general view of the ancient Roman city of Palmyra, northeast of Damascus, Syria on May 17, 2015. (SANA)

The video showed the soldiers being taken in pickup trucks from the town's notorious Tadmur prison to the amphitheatre. At the theatre, they were shot dead by young IS members armed with pistols. Hundreds of people were seen watching the killings.

The video did not indicate when the killings took place. The Britain-based Syrian Observatory for Human Rights said these shootings took place on May 27.

The Associated Press reported in May that scores of Syrian troops and state employees were killed in the days after the Islamic State group captured the town on May 27.

Palmyra is a UNESCO world heritage site famous for its 2,000-year-old Roman colonnades, other ruins and priceless artifacts.

The capture of Palmyra has raised concern that the militants might try to destroy one of the Mideast's most spectacular archaeological sites -- a well-preserved, Roman-era city on the town's edge -- as they have destroyed other pre-Islamic ancient monuments elsewhere in Syria and Iraq.

On Thursday, IS said its militants had destroyed six archaeological pieces from Palmyra that were confiscated from a smuggler.

The shootings in the video took place inside the archaeological site and the troops, some of whom had bruises and blood on their faces apparently as a result of beating, were made to kneel in front of a giant IS black flag before being shot in the back of their heads.