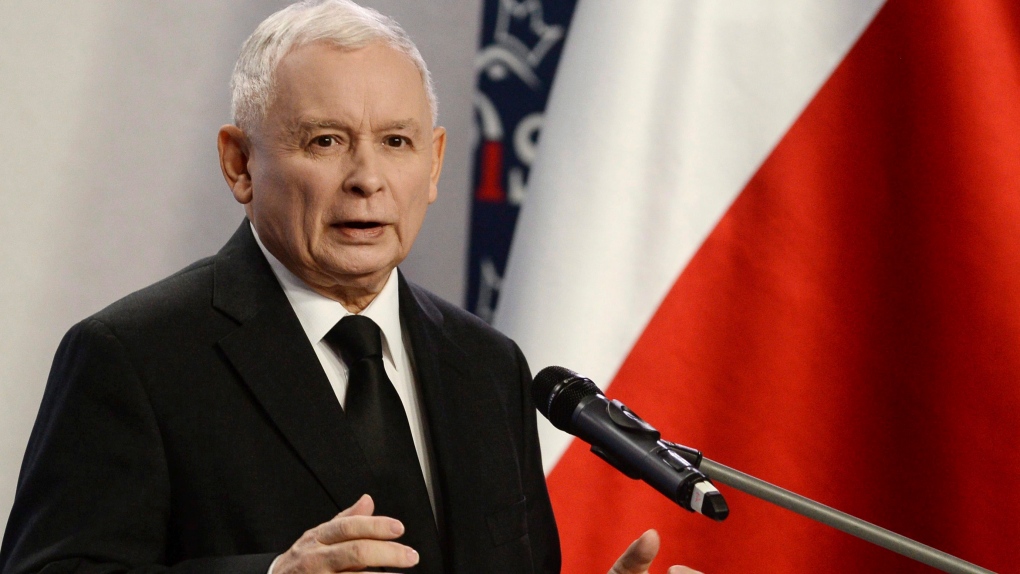 Kaczynski, Poland's most important politician, also said "everyone must accept Christianity" and that questioning the powerful Roman Catholic in Poland is unpatriotic.

The positions that Kaczynski took Wednesday in a lecture on patriotism in the central city of Wroclawek come before European Parliament voting next month and a general election in Poland in the fall.

They also come as the church in Poland comes under scrutiny over pedophilia, with victims increasingly breaking the taboo to speak out about their abuse. A movie that deals with the problem, "Kler" (Clergy) was a blockbuster hit and opinion surveys show that support is falling for having nuns and priests teach religion in public schools, as is now the case.

Meanwhile, the LGBT rights movement has become more visible in recent years, with more and more cities and towns, even places known as bastions of the church and conservative values, holding LGBT pride parades. These are often met by counter-protests organized by far-right groups.

Kaczynski seems to be tapping into the feelings of those Poles who feel that liberal values are being forced on them against their will as an unwanted side effect of having joined the European Union 15 years ago. The Catholic Church has long been revered in Poland as the institution that kept the language and spirit alive during a long period of foreign rule, while also supporting the democracy movement under communism.

Kaczynski and his party, Law and Justice, won a 2015 election -- at the height of the migration crisis into Europe -- after a campaign that portrayed Muslim refugees as a threat to the nation.

In recent weeks, the party has portrayed LGBT rights as a risk to families and children.

Kaczynski called the film "Kler" an "attack on the church," adding: "We are dealing with a direct attack on the family and children -- the sexualization of children, that entire LBGT movement, gender. This is imported, but they today actually threaten our identity, our nation, its continuation and therefore the Polish state."