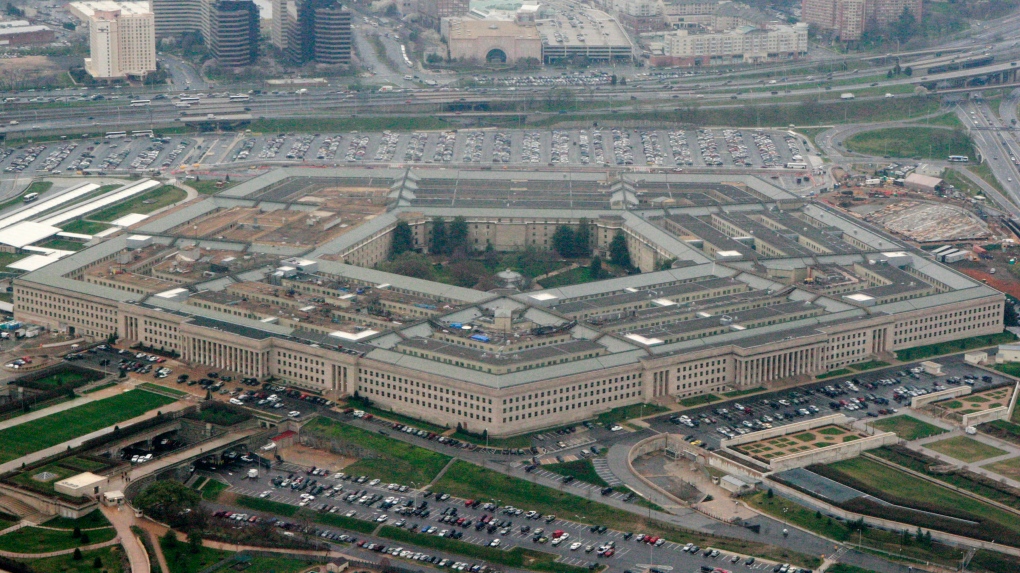 A Pentagon report on extremism obtained by CNN gives disturbing insight into how White supremacists are active in the military and offers recommendations to better identify domestic extremists and prevent them from serving.

It details an instance of a former National Guardsman who is a member of a dangerous neo-Nazi group bragging about openly discussing extremist views while serving and separately describes service members describing how they recognize fellow White supremacists by their fascist tattoos and T-shirt logos.

While the report, commissioned by Congress and dated October 2020, concluded that extremist views were not widespread and identified "a low number of cases in absolute terms," it underlines the urgency of the problem because "individuals with extremist affiliations and military experience are a concern to U.S. national security because of their proven ability to execute high-impact events."

Roll Call was first to report on the Pentagon's findings.

U.S. President Joe Biden's new defense secretary, Lloyd Austin, has made confronting extremism a top priority, following the violent insurrection at the Capitol in January. Earlier this month he ordered a militarywide stand-down within 60 days so commanders can have "needed discussions" with service members about the issue of extremism. The urgency of the problem was underlined by a CNN analysis that found that at least 27 current or former members of the U.S. military are facing federal charges in connection with the riot.

"There's never been an acknowledgment from the top ranks that this has to be handled, so the fact that we now have that and there is an effort underway to do something is actually quite encouraging," said Heidi Beirich, co-founder of the Global Project Against Hate and Extremism. "Now, how well that's done and executed and all the pieces are put in place, that's a different question that we'll have to wait and see what the results are."

The report offers recommendations on how the Pentagon can use other government resources like FBI units to identify signs that recruits might have ties to extremist groups during the vetting and recruitment process. It also underscores some of the reasons these groups are targeting members of the military and how they are doing it.

Current or former members of the military are primary targets for extremist groups, because members with military service give the groups legitimacy and bring "combat and tactical experience" in order to carry out their attacks, the report states.

"Access to service members with combat training and technical weapons expertise can also increase both the probability of success and the potency of planned violent attacks," it adds.

While members of the military are prohibited from "participating in or advocating for supremacist and other extremist ideology," right now there is no official military rule or regulation that service members identified as domestic extremists or White supremacists be required to leave the military, except in the Navy. The authors of the report believe one should be added for all branches of military service.

In a screenshot of a conversation on the now-defunct neo-Nazi online forum, Iron March, the co-founder of a neo-Nazi group called Atomwaffen Division who served in the Florida National Guard "bragged about sharing his white supremacist views while in the military," the report states. Atomwaffen means "atomic weapon" in German.

When someone on the chat forum asked the co-founder if he is worried about getting in trouble for these beliefs, the co-founder responds, "I was 100% open about everything with the friends I made at training. They know about it all."

"I'd say the craziest sh*t and get away with it," he says later in the conversation.

Members of the Atomwaffen Division have been linked to "violent crimes including murder and alleged plots to attack civilians," according to the Anti-Defamation League. The group is believed to have originated on the Iron March forum, where the conversations occurred, the report states.

In a different conversation on the Iron March forum, a user asked if there are people in the military who share "similar 'anti-white' views," the report states. A response posted on the forum detailed how some military members find others with similar beliefs.

"A good way people in the military find other rightists is to simply wear a shirt with some obscure fascist logo," a user responded. "I met my good buddy at a brigade luncheon when he noticed the Totenkopf on my shirt."

"You see plenty of 'our kind' in the combat arms," the user said.

In the current military screening process, the applicant describes the meaning of their tattoos when being evaluated. The report recommends the Department of Defense use the FBI's National Gang Intelligence Center to identify tattoos and symbols during the recruiting process.

"Group members and unaffiliated DEs [domestic extremists] use tattoos as a means of communicating membership and commitment to cause and belief," the report states. "Interpreting the meanings and significance of tattoos is time consuming. ... Nonetheless, this interpretation is critical."

The report's recommendations focus on ways that recruiters and investigators can identify members of domestic terror and extremist groups during the recruitment process to prevent them from joining the military.

By law, the military cannot conduct surveillance on U.S. citizens. The military screens and reviews the social media posts of applicants, but deeper, more intrusive investigations must be conducted by the FBI or other civilian law enforcement agencies.

The focus of the report is how to root out people who have these extremist behaviors before they join, but it does not address how to deal with the issue among current members.

A major challenge is identifying White supremacist tattoos and symbols on clothing. They range from the common to the obscure: swastikas, numbers, phrases and crosses can all represent different ideas and aspects of a supremacist ideology.

Though the military works with the FBI's Cryptanalysis and Racketeering Records Unit and National Gang Intelligence Center when recruiters are having trouble identifying tattoos and symbols, the report recommends leaning on those offices more and providing more training on these issues for recruiters and investigators, as well as adding questions to the standard security background check to better identify people with extremist beliefs.

Rep. Peter Aguilar, a California Democrat who advocated that the language requiring the Pentagon to produce the report be added to the 2020 National Defense Authorization Act, introduced legislation last week to make the report's recommendations law.

"Just because this secretary of defense wants to address it and stay committed to it doesn't mean that the next one will or that the next administration will, and so I think that's why it's important to codify this and make it clear law," Aguilar told CNN.

He was shocked by some of the contents of the report.

"It just makes you think, gosh, it doesn't take a lot, it doesn't take many. But they get this training, they recruit, they train other people, they identify folks who are sympathetic to their cause. And as we've learned with mass gun violence incidents, it doesn't take many people, sadly, to create something that is terrible and affects a community," Aguilar said.