Iraq: After losing Kirkuk, Kurdish forces pull out of Sinjar 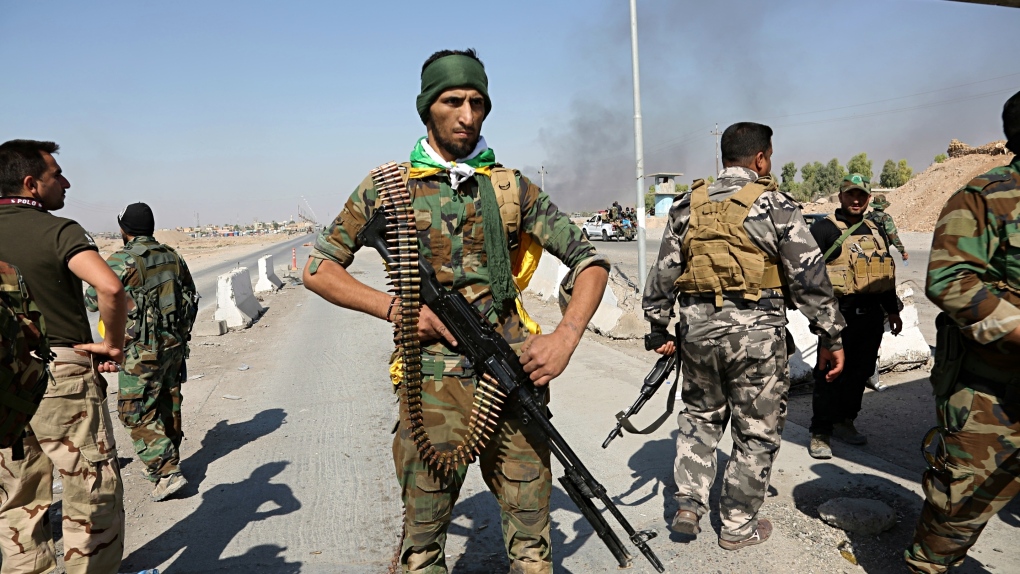 KIRKUK, Iraq -- Kurdish forces lost more territory in Iraq on Tuesday, withdrawing from the town of Sinjar a day after Iraqi forces pushed them out of the disputed city of Kirkuk.

It was the second hasty withdrawal for the Kurdish forces, known as the peshmerga, from territory they contest along with Iraq's central government and following the Iraqi Kurdish independence referendum last month.

The referendum, though not binding, reflected the Iraqi Kurds aspirations for independence for their autonomous northern region. The vote was rejected by the central government in Baghdad, as well as Turkey, Iran and the United States.

Masloum Shingali, commander of the local Yazidi militia in Sinjar, said the peshmerga left before dawn on Tuesday, allowing Iraqi militiamen to move in.

Yazidis were massacred by the Islamic State group when the jihadis seized the town in 2014. More than 2,000 were killed, and thousands of women and children were taken into slavery. Kurdish forces, supported by U.S. airstrikes, liberated the town in 2015.

Town Mayor Mahma Khalil said the Iranian-supported Popular Mobilization Forces, a coalition of mostly Shiite militias, were securing Sinjar. The militias are recognized by Iraq's government as a part of its armed forces but are viewed with deep suspicion by the country's Kurdish authorities, which see them as an instrument of Tehran and its Shiite-first policies.

Meanwhile, thousands of civilians were seen streaming back to Kirkuk, driving along a main highway to the city's east. The Kurdish forces had built an earthen berm along the highway, reinforced by armoured vehicles, but were allowing civilians to return to the city.

Many returnees were seen with their children and belongings packed tight in their cars.

The Iraqi forces' retaking of Kirkuk came only two weeks after they had fought together with the peshmerga to neutralize the Islamic State group in Iraq, their common enemy.

Thousands of Kirkuk's Kurdish residents, fearful of federal and Shiite militia rule, packed the roads north to Irbil, the capital of the northern autonomous Kurdish region.

On Tuesday, they were going back.

Kurdish residents said they felt betrayed by the peshmerga's hasty retreat after they had promised to fight to the last for the city.

"Kirkuk was sold out, everyone ran away. But now the situation has stabilized, and people are returning to their homes. Nothing will happen, God willing, and Kirkuk will return to how it was," said Amir Aydn, 28.

When Iraq's armed forces crumbled in the face of an advance by Islamic State group in 2014, peshmerga forces moved into Kirkuk to secure the city and its surrounding oil wells though it was 32 kilometres (20 miles) outside the Kurds' autonomous region in northeast Iraq.

Baghdad has since insisted Kirkuk and its province be returned to the central government, but matters came to a head when the Kurdish authorities expanded their referendum last month to include Kirkuk. To the Iraqi central government, that looked like Kurdish expansionism.

The city of more than 1 million is home to Arabs, Kurds and Turkmen, as well as Christians and Sunni and Shiite Muslims.

By midday Monday, federal forces had moved into several major oil fields north of the city, as well as the Kirkuk airport and an important military base, according to Iraqi commanders. Kurdish party headquarters inside Kirkuk had been abandoned.

The peshmerga withdrew in the direction of their autonomous region in the northeast.