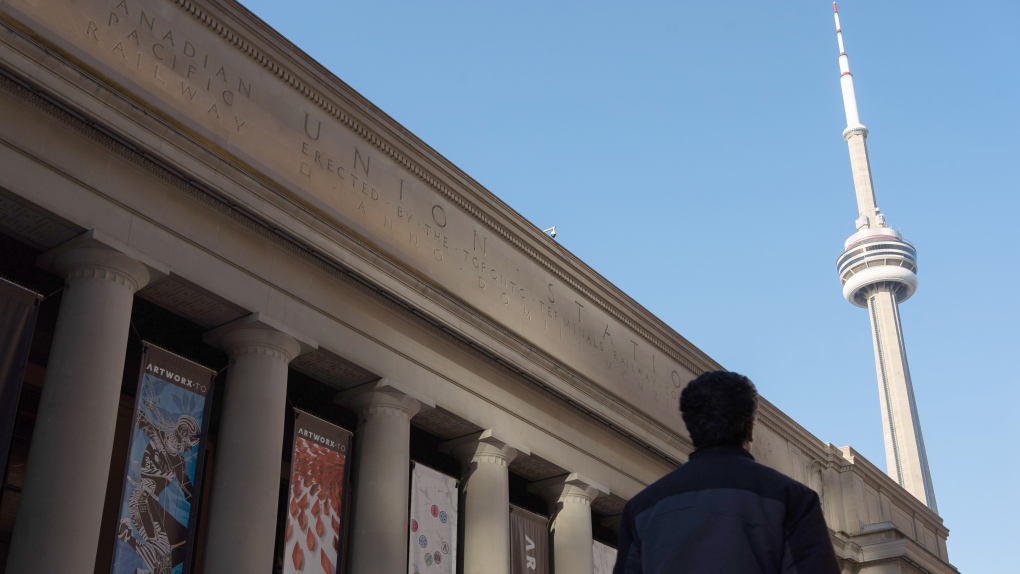 A man walks past the entrance to Union Station in Toronto, April 20, 2022. Officials in India are warning citizens living in Canada about safety concerns, including alleged hate crimes. (THE CANADIAN PRESS/Yader Guzman)

The Government of India has issued a warning to Indian nationals living in Canada about “hate crimes, sectarian violence, and anti-India activities in Canada” and is urging its citizens to exercise caution.

Academics and leaders of minority group organizations say the move is a blatant attempt by the government led by Prime Minister Narendra Modi to quell dissent from religious minorities abroad and flex political muscles.

“There’s no rise in hate crimes or targeting of Indian citizens in Canada, nothing was referenced in the notice,” said Balpreet Singh, legal counsel and spokesperson for the World Sikh Organization of Canada.

“This is clearly a politically motivated notice, an attempt to create an issue, to express its displeasure with Canada,” he said.

The Ministry of External Affairs published the statement Friday, which says that officials in India have “taken up these incidents” with Canadian authorities and have asked for investigation into “said crimes.”

“The perpetrators of these crimes have not been brought to justice so far in Canada,” it states.

The notice does not specifically name any particular crimes or provide information to back the government’s claims.

CTVNews.ca reached out to the Canadian Anti-Hate Network and the organization does not have enough data to confirm or deny the claim around hate crimes, it said.

The ministry also recommends Indian nationals, including students in Canada, register with the High Commission of India in Ottawa or Consulates General of India in Toronto and Vancouver in case of an emergency.

CTVNews.ca has reached out to the federal government and Indian officials for comment.

Singh said the statement is a response to a referendum on the creation of a separate homeland, called Khalistan, that was held on Sept. 18 in Brampton at the Gore Meadows Community Centre.

Khalistan is a sovereign Sikh state that is governed in accordance with Sikh principles, and the government in India has characterized it as a fringe movement, said Singh.

“Over 100,000 people showed up to vote last Sunday for this unofficial referendum, that’s pretty damning to debunking this myth that it’s a fringe movement,” he said.

India is unhappy that the referendum took place as Canada protects freedom of expression, so the statement Friday is another way for India to express its displeasure, he said. Currently referendums are being held globally by the Punjab Referendum Commission, based in the U.S. 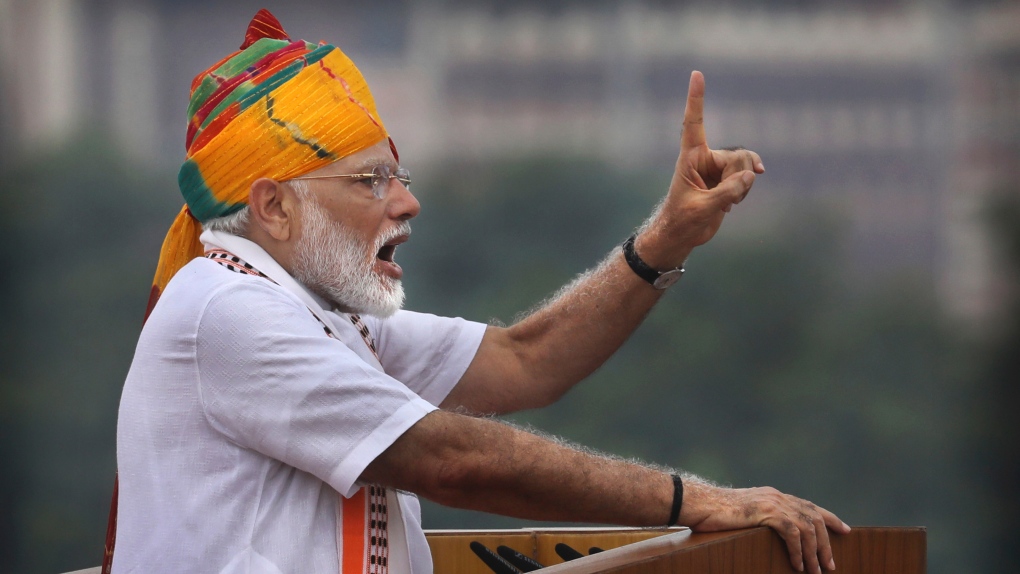 And if anything, the statement may cause more students from India to want to move to Canada, as they have more freedom to express their views as minorities, he added.

As well, the BAPS Shri Swaminarayan Mandir Temple was vandalized last week, which multiple groups including the World Sikh Organization have condemned. But it’s not “indicative of a raging anti-Hindu problem in Canada,” he said.

Despite India’s claims that Hindus are a globally persecuted group, that is not the case, but “India is not really interested in the truth or the facts,” said Singh.

Chinnaiah Jangam, an associate professor in the history department at Carleton University, said the statement is a clear show of strength from the country that has been fuelling Hindu nationalistic sentiments that follow the views of Modi and his politics.

The statement is meant to tell citizens living in Western nations that dissent against the Indian government will be labelled as anti-Indian and anti-Hindu, he explained. It also comes as there have been groups of Hindu extremists who recently protested in Leicester, England, said Jangam.

Those protests are “part of a larger network of global Hindu extremists who are trying to organize, and intimidate people who are critical of Modi,” he said.

Jangam said he believes the statement was released so that the Indian government can get ahead of any protest or violent action by Hindu extremists in Canada, they can blame any protest on perceived persecution against Hindu people, without facts to back that up.

It’s all part of a larger move to quell criticism against the Modi government, he said. And Canada is an easy target for that, he added.

“They’re trying to do this to a soft target, and most importantly, it’s a first world country where India has a lot of stakes. There’s a lot of Indian migration to Canada, they are using this as a ploy to flex muscles,” he said.

This statement also has domestic implications in India, as it will boost Modi’s profile to indicate that he is “disciplining” Western nations, said Jangam.

Canada needs to take a stronger stance against this kind of intimidation, he explained.

The government in India has been scrutinized for jailing minorities, including Sikh, Muslim and Christian people who have spoken out about far-right Hindu nationalism.

The Modi government has increasingly used a colonial-era law on sedition and enemies of India to silence critics and deeming them a threat to national security, the Associated Press reported in 2020.