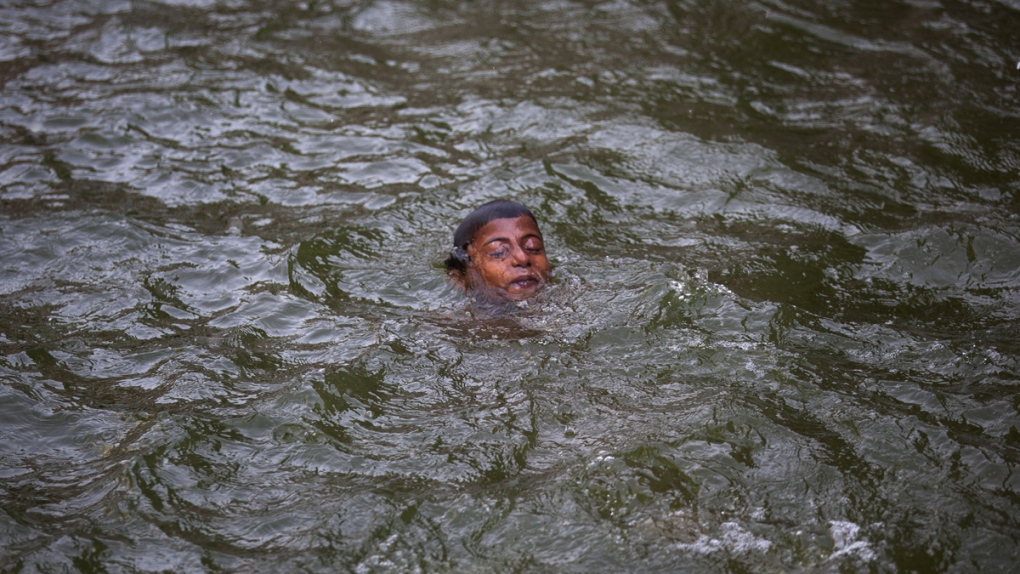 Hyderabad, India - At least 800 people have died in a major heatwave that has swept across India, melting roads in New Delhi as temperatures neared 50 degrees Celsius.

Hospitals were on alert to treat victims of heatstroke and authorities advised people to stay indoors, with no end in sight to the searing conditions.

India's Meteorological Department said it had issued heat warnings to several states where temperatures were forecast to top 45 degrees Celsius over the next few days.

"As of now, we don't predict any respite from the extreme heatwave for the next few days," said spokesman B. P. Yadav.

Hundreds of people -- mainly from the poorest sections of society -- die at the height of summer every year across the country, while tens of thousands suffer power cuts from an overburdened electricity grid.

Streets were deserted in Hyderabad, capital of the worst-hit state of Andhra Pradesh in southern India where 551 people have died in the last week.

"The state government has taken up education programs through television and other media to tell people not to venture into the outside without a cap, to drink water and other measures," said P. Tulsi Rani, special commissioner for disaster management in the state.

"We have also requested NGOs and government organisations to open up drinking water camps so that water will be readily available for all the people in the towns."

Hyderabad street vendor P. Gangamma said the heat was making her head pound, but she had no choice but to stay outside.

"For the past three days hot wind has been coming in," said the 65-year-old, who sells cigarettes on a busy intersection.

"I am a diabetes patient, but I have no husband and no sons, so I have to stay here and keep shop."

The Hindustan Times daily said the maximum temperature in the capital hit a two-year high of 45.5 degrees Celsius on Monday -- five degrees higher than the seasonal average.

The paper carried a front-page photo of a main road in the city melting in the heat, with the white pedestrian crossing stripes curling and spreading into the black asphalt.

"It's baking hot out here -- our outing has turned into a nightmare," said Meena Sheshadri, a 37-year-old tourist from the western city of Pune who was visiting Delhi's India Gate monument with her children.

"My throat is parched, even though I've been constantly sipping water."

"All the food is getting spoilt even though I prepared it fresh in the morning. It's bad business but what to do," he said.

"People are not coming out and they also don't feel like eating. All they want is to sip cold water all day."

In Telangana state, which borders Andhra Pradesh in the south, 231 people have died in the last week as temperatures hit 48 degrees Celsius over the weekend.

In the western state of Orissa 11 people were confirmed to have died from the heat.

Another 13 people have died in the eastern state of West Bengal, where unions urged drivers in the city of Kolkata to stay off the roads during the day.

The Hindustan Times warned that some of the hot, dry conditions could plunge the worst-affected states into drought before monsoon rains arrive.

The monsoon is forecast to hit the southern state of Kerala towards the end of this month before sweeping across the country, but it will be weeks before the rains reach the arid northern plains.