Iceland fears dormant volcano may be waking up 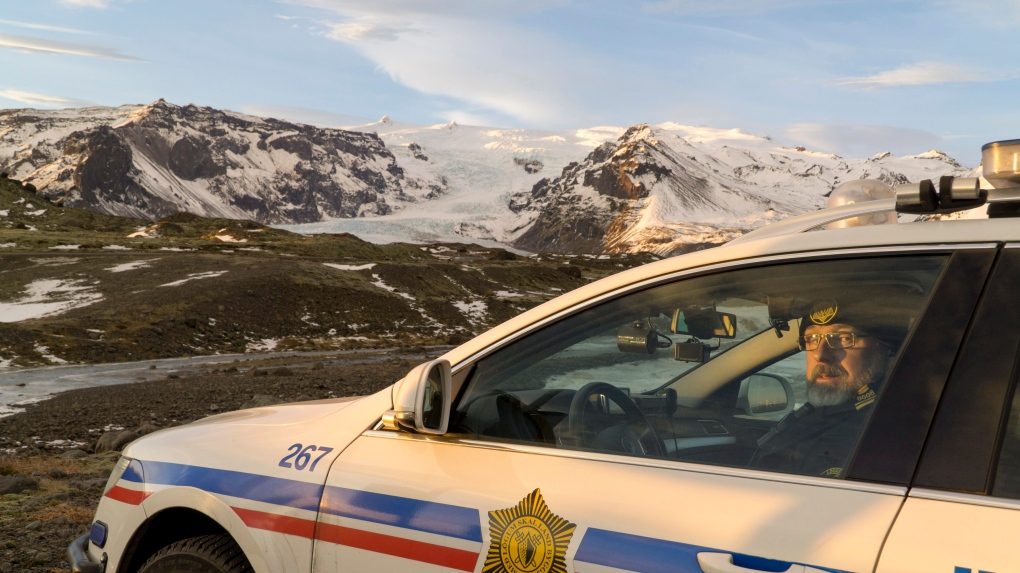 ORAEFI, Iceland -- At the summit of one of Iceland's most dangerous volcanoes, a 72-foot (22-metre) depression in the snow is the only visible sign of an alarming development.

The Oraefajokull volcano, dormant since its last eruption in 1727-1728, has seen a recent increase in seismic activity and geothermal water leakage that has worried scientists. With the snow hole on Iceland's highest peak deepening 18 inches (45 centimetres) each day, authorities have raised the volcano's alert safety code to yellow.

Experts at Iceland's Meteorological Office have detected 160 earthquakes in the region in the past week alone as they step up their monitoring of the volcano. The earthquakes are mostly small but their sheer number is exceptionally high.

"Oraefajokull is one of the most dangerous volcanos in Iceland. It's a volcano for which we need to be very careful," said Sara Barsotti, Coordinator for Volcanic Hazards at the Icelandic Meteorological Office.

What worries scientists the most is the devastating potential impact of an eruption at Oraefajokull.

Located in southeast Iceland about 320 kilometres (200 miles) from the capital, Reykjavik, the volcano lies under the Vatnajokull glacier, the largest glacier in Europe. Its 1362 eruption was the most explosive since the island was populated, even more explosive that the eruption of Italy's Mount Vesuvius in 79 A.D. that destroyed the city of Pompei.

Adding to the danger is the lack of historical data that could help scientists predict the volcano's behaviour.

"It's not one of the best-known volcanos," Barsotti said. "One of the most dangerous things is to have volcanos for which we know that there is potential for big eruptions but with not that much historical data."

Iceland is home to 32 active volcanic sites, and its history is punctuated with eruptions, some of them catastrophic. The 1783 eruption of Laki spewed a toxic cloud over Europe, killing tens of thousands of people and sparking famine when crops failed. Some historians cite it as a contributing factor to the French Revolution.

The Eyjafjallajokull volcano erupted in April 2010, prompting aviation authorities to close much of Europe's airspace for five days out of fear that its volcanic ash could damage jet engines. Millions of travellers were stranded by the move.

To remedy the lack of data for Oraefajokull, scientists are rushing to install new equipment on and around the volcano. Those include ultra-sensitive GPS sensors that can detect even the slightest tremors, webcams for real-time imagery of the volcano and sensors in the rivers that drain the volcano's glaciers to measure the chemical composition of the water.

Associated Press journalists last week visited scientists working near the mouth of the Kvia River, where the stench of sulfur was strong and the water was murky, clear signs that geothermal water was draining from the caldera.

"The most plausible explanation is that new magma is on the move deep below the surface," said Magnus Gudmundsson, professor of geophysics at the Institute of Earth Sciences in Reykjavik.

But what happens next is anyone's guess. In the most benign scenario, the phenomenon could simply cease. More concerning would be the development of a subglacial lake that could lead to massive flooding. At the far end of the spectrum of consequences would be a full eruption.

With such high-risk developments at stake, authorities are taking precautions. Police inspector Adolf Arnason now is patrolling the road around the volcano, which will be used for any evacuation, and residents have received evacuation briefings.

"Some farmers have only 20 minutes (to leave)," he said, pulling up to a small farm on the flank of the mountain.

If an evacuation is ordered, everyone in the area will receive a text message and the radio will broadcast updates. Police are confident that Oraefi's 200 residents will know how to react, but their biggest concern is contacting tourists.

Iceland has seen a huge boom in tourism since the 2010 eruption -- a record 2.4 million people are expected to visit this year and about 2,000 tourists travel through Oraefi every day. While some stay in hotels that could alert their guests, others spend the night in camper vans spread across the remote area.

"The locals know what to do. They know every plan and how to react. But the tourists, they don't," said Police Chief superintendent Sveinn Runarsson. "That's our worst nightmare."