Has Princess Anne's son-in-law breached royal protocol with his appearance on a reality show?

Has Princess Anne's son-in-law breached royal protocol with his appearance on a reality show? 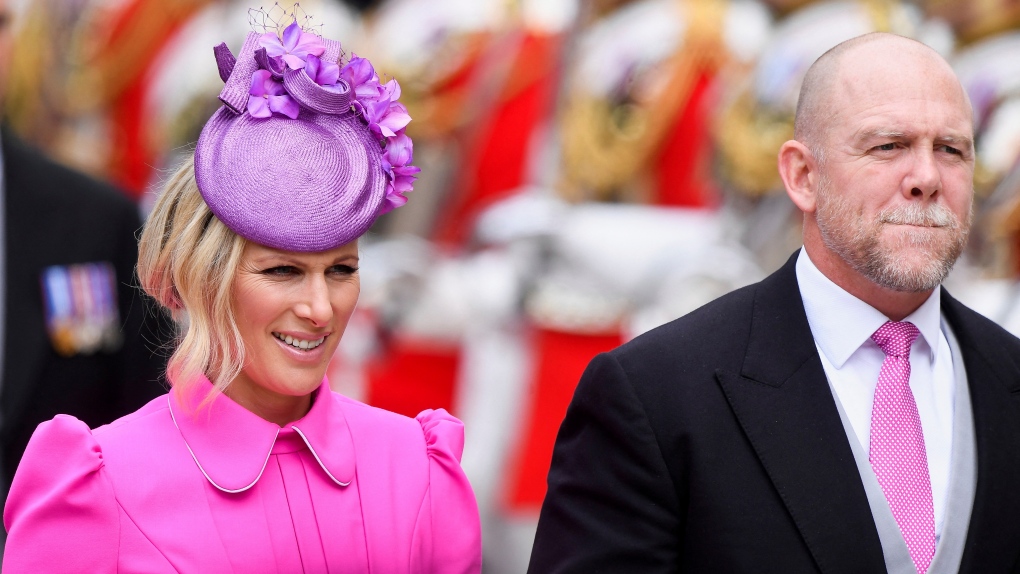 Zara Tindall and her husband Mike Tindall arrive for a service of thanksgiving for the reign of Queen Elizabeth II at St Paul's Cathedral in London Friday June 3, 2022 on the second of four days of celebrations to mark the Platinum Jubilee(Toby Melville, Pool Photo via AP)

The worlds of reality and royalty have collided in spectacular style as member of the Royal Family is featured on U.K. reality show "I’m A Celebrity… Get Me Out of Here!" Mike Tindall, husband of Zara Phillips, daughter of Princess Anne is a successful rugby player in his own right, having played for England.

But in "I’m A Celeb…" Mike is absolutely not holding back in his words and action – and earning big bucks in the process - with his fee a reported £150,000 (Cdn$237,102). He’s making history as the first member of the Royal Family to enter the Australian jungle, but is his appearance, in the words of former BBC Correspondent Michael Cole “demeaning and diminishing the Royal Family?”

It’s clear that Mike’s appearance on the show is making waves. It was reported in British newspaper the Scottish Daily Express he discussed taking part in the show with his family beforehand and got their approval, and his wife Zara has been supportive every step of the way. He’s proving to be a popular campmate, taking dips in the camp creek in very small swimwear which has left viewers wondering if he is, in fact, wearing Zara’s bikini bottoms. But it’s his swearing about fellow campmates and comments on politicians that have really caused a stir.

First, we saw his complaint about fellow contestant news presenter Charlene White and her decision not to sleep in the RV with former health secretary Matt Hancock. He asked, He said: "Why is she not sleeping in the RV? It's f***ing annoying me." Mike later explained to the Bush Telegraph: “If Charlene went in the RV, then another bed becomes available.

One less in the hammock, then hopefully that creates more, better night's sleep for everyone.”

Viewers were shocked, with some tweeting, "I think Mike has had enough of Charlene not sleeping in the RV." And another saying, "Mike getting p***** off over Charlene."

Then came Mike’s comments about politicians. He caused a stir after chatting with campmates about the ousting of ex-Prime Minister Boris Johnson. Chatting with fellow campmate comedian Seann Walsh he said, “I just think all politicians are f*****s. I mean for them to even have the conversation just because they're all Boris fans that didn't like how Boris was ousted that you won't pick the best person for the job, that just sums politicians up.” A lot of people have said perhaps Mike is saying what we are all thinking, but the Royal Family is supposed to remain politically neutral.

Royal author Richard Fitzwilliams suggested that Tindall's apparent breach of royal protocol was unwise. He told British news site MailOnline, “Mike Tindall has a laddish persona which usually works to his advantage. However, in the jungle he has made extremely embarrassing comments about the time his trousers got ripped in front of Princess Anne. They will haunt him in future articles written about him and Zara, both of them are high achievers. The audience for this reality show is vast, this won't have helped his image.

Now he's making ill-advised comments about politicians, when he knows perfectly well royals must be above politics and avoid such comments. Whether or not viewers shorten his stay in the jungle, it does seem that his brain has become overheated in this unusual environment. It's not protocol he needs lessons in, it's common sense as he is playing to the gallery in a hugely popular reality series and looking extremely foolish.”

Should Mike just keep his mouth shut, get on with sunbathing and trying to avoid those Bushtucker trials that could involve eating kangaroo body parts to win food for the camp? If he did that, it would defeat the purpose of him being in the jungle in the first place. Producers signed him up with the hope that he would spill some royal beans and show a more human side to the most talked-about and famous family in the world. Let’s remember, he is also not a working royal, so there are less constraints on what he can do.

Zara, the daughter of Princess Anne and Mark Phillips, and King Charles III's niece, is 20th in line to the throne. Princess Anne has always brought up her children, including Mike’s wife, Zara, to be down-to-earth (well, as down-to-earth as you can be as a member of the Royal Family), and she and Mike have jobs and earn their own money. Surely, that means he can do what he wants to make his own money – within reason.

That could endear them to the public and improve their public persona, which is essential to their survival. Mike Tindall being in "I’m A Celeb…" isn’t demeaning and diminishing the Royal Family – in fact he could be doing them a big favour. The big question is, will he be crowned King of the Jungle? We have to wait a few weeks to find out…

A 12-year-old boy has been arrested and charged with murder in a hit-and-run car crash that killed an 82-year-old woman last month, Dallas police said Wednesday.