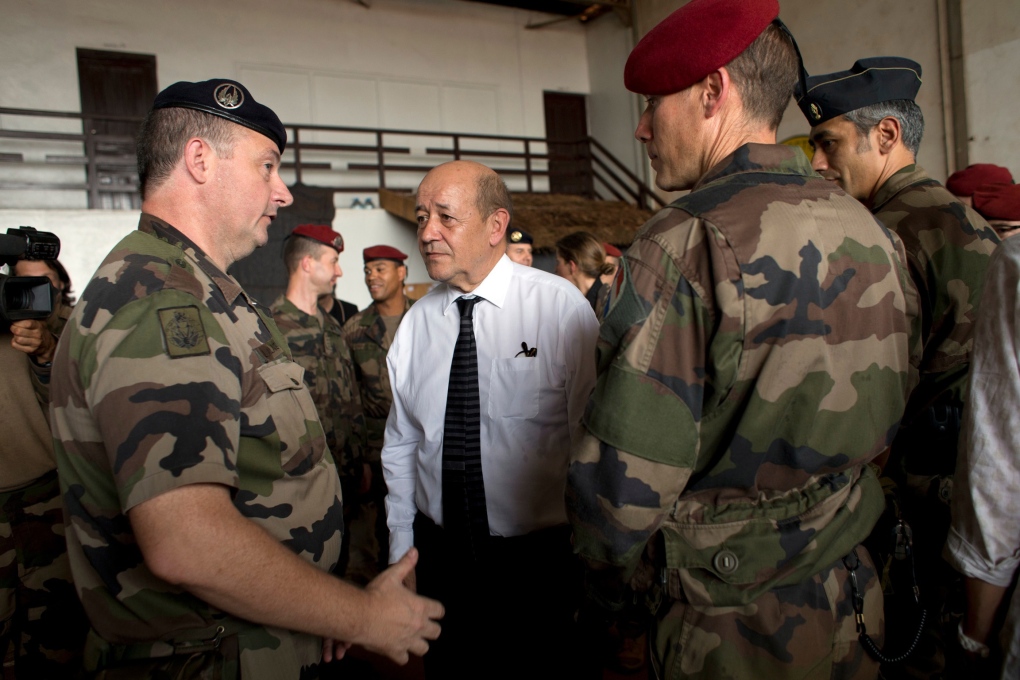 The minister expects to detail the initiative to U.S. officials during a trip to Washington this week. France has worked closely with U.S. forces to try to fight extremism in Africa.

The new plan was presented to President Francois Hollande late last month and not yet publicly announced. Le Drian said the idea is to bring a regional approach to fighting terrorism, and will involve the creation of specialized posts such as for logistics, intelligence-gathering and fighter planes.

"We are reorganizing our deployment in Africa to be more reactive about potential crises," he said over croissants in his ministry dining room, adorned with a colorful tapestry titled "The Tree of Joy" on the wall. "We will have the same number of soldiers -- 3,000 in the Sahel region -- but they will be organized differently."

"We are going to reinforce Abidjan an as an entry point, a logistical support post," Le Drian said of Ivory Coast's commercial capital. "And then we'll boost the intervention capacity on each of the different sites."

Under the plan, Chad's capital, N'Djamena, is to be the centre for France's air power in the region and a base for Rafale and Mirage fighters. One site in Niamey, Niger's capital, will be equipped with drones such as French-made Harfang and -- as of its first official flight on Monday -- a U.S.-made Reaper surveillance drone, which Le Drian helped authorize France to buy.

The new approach follows up on strategic recommendations laid out in last year's French "white paper" -- a review of the nation's security and defence operations -- that put a new focus on Africa.

Le Drian plans to meet with officials, including U.S. Defence Secretary Chuck Hagel and National Security Adviser Susan Rice, and plans a speech at a Washington think-tank , his office said.

The Obama administration backed France's intervention in Mali, holding it up as an example of situations where America's allies can take lead roles in helping less developed countries fight against al Qaeda and other extremists without the need for the U.S. to put boots on the ground.