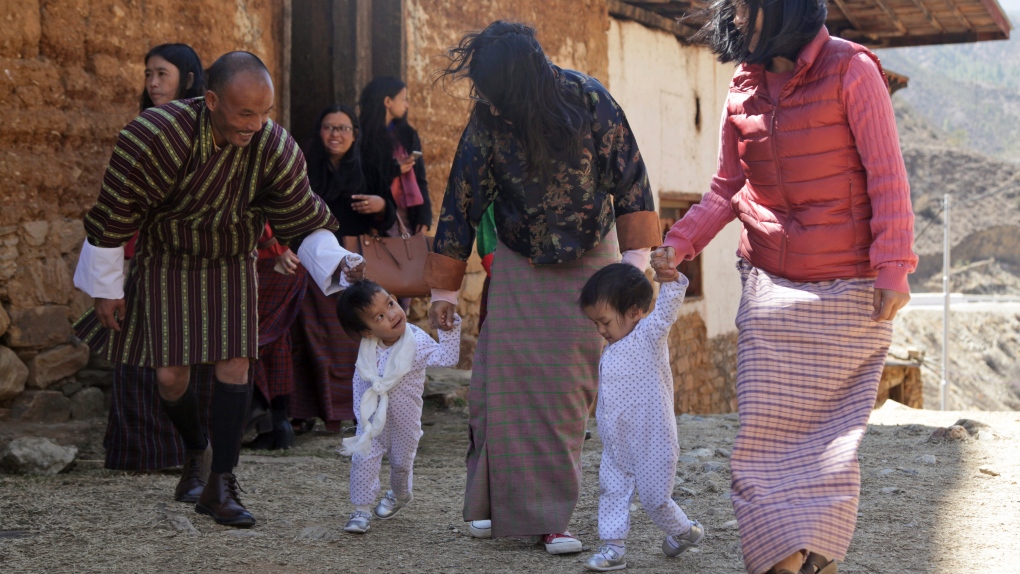 Twenty-month-old Nima and Dawa returned to Bhutan after a 22-hour flight from Melbourne with their mother, four months after their operation. The girls had been joined at the torso and shared a liver.

Barely controlling his emotions, their father, Sonam Tshering, said it was like a miracle. He took them from the airport to a monastery to light a lamp in prayer.

The girls were separated by a team of 25 surgeons, nurses and anesthetists in an operation in early November at Melbourne's Royal Children's Hospital that lasted almost six hours.

They recovered after the operation at a retreat run by the Children First Foundation, the charity that brought them to Australia.

"They're much the same as when they were together. We've got one that's very much more outgoing and one that's very placid. Nima is the outgoing and Dawa is the more placid," Debbie Pickering of the Children First Foundation said at the airport in Melbourne on Wednesday before the twins left for Bhutan.

"They are just developing into beautiful little girls. They are delightful in every way," she said.