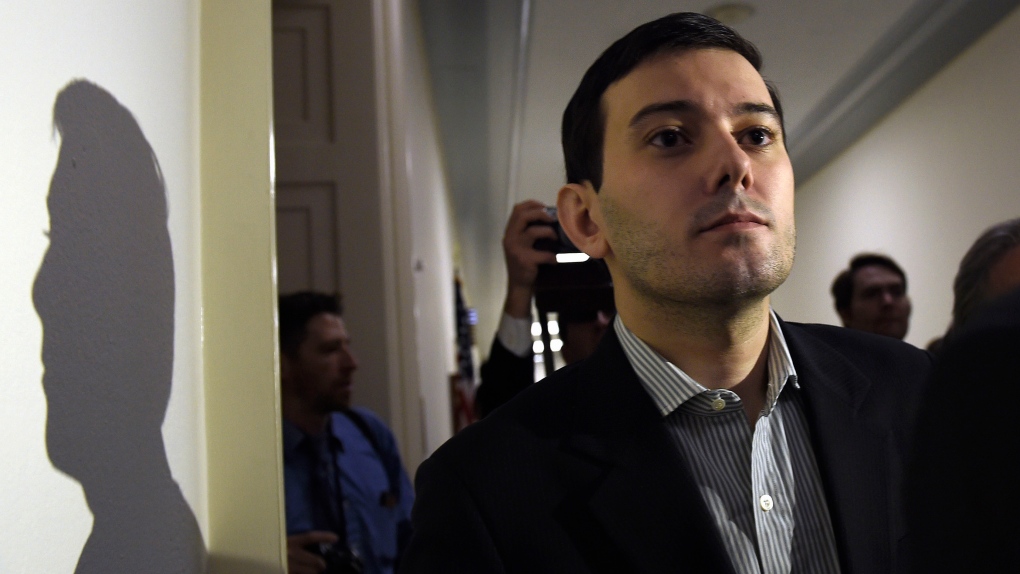 Martin Shkreli, the former pharmaceutical executive known for raising the price of a lifesaving drug more than 40-fold, has been released from prison, where he had been serving a seven-year term for fraud.

The early release of the 39-year-old Shkreli from a low security prison in Allenwood, Pennsylvania was confirmed on Wednesday by the prison and by Benjamin Brafman, who represented Shkreli at his 2017 criminal trial.

"Martin Shkreli has been released from Allenwood prison and transferred to a BOP halfway house after completing all programs that allowed for his prison sentence to be shortened," Brafman said in a statement, referring to the Federal Bureau of Prisons.

Shkreli is eligible to be released completely from federal custody on Sept. 14. His confinement is now overseen by a New York office that helps prisoners reenter society.

Speculation about Shkreli's whereabouts grew on Wednesday after photos appeared on Twitter of an older-looking man who resembled him, accompanied by a man wearing a "Free Shkreli" t-shirt.

Shkreli became known as "pharma bro" after raising the price of the anti-parisitic drug Daraprim to US$750 per tablet from US$17.50 in 2015, and appearing unapologetic when criticized.

He was convicted in August 2017 of defrauding investors in two hedge funds he ran, and scheming to defraud investors in drugmaker Retrophin Inc, where he had been chief executive.

Last July, the government sold a one-of-a-kind Wu-Tang Clan album "Once Upon a Time in Shaolin" that Shkreli bought at auction for US$2 million, to help pay off US$7.36 million he was ordered to forfeit because of his conviction.

In January, a Manhattan judge banned Shkreli from the drug industry for life and ordered him to pay US$64.6 million for trying to keep generic Daraprim rivals off the market.

The following month, the Brooklyn judge who oversaw Shkreli's criminal trial permanently banned him from serving as an officer or director of public companies.

Brafman said he has "encouraged Mr. Shkreli to make no further statement."