'Fail Not:' What to watch ahead of Trump's Senate trial 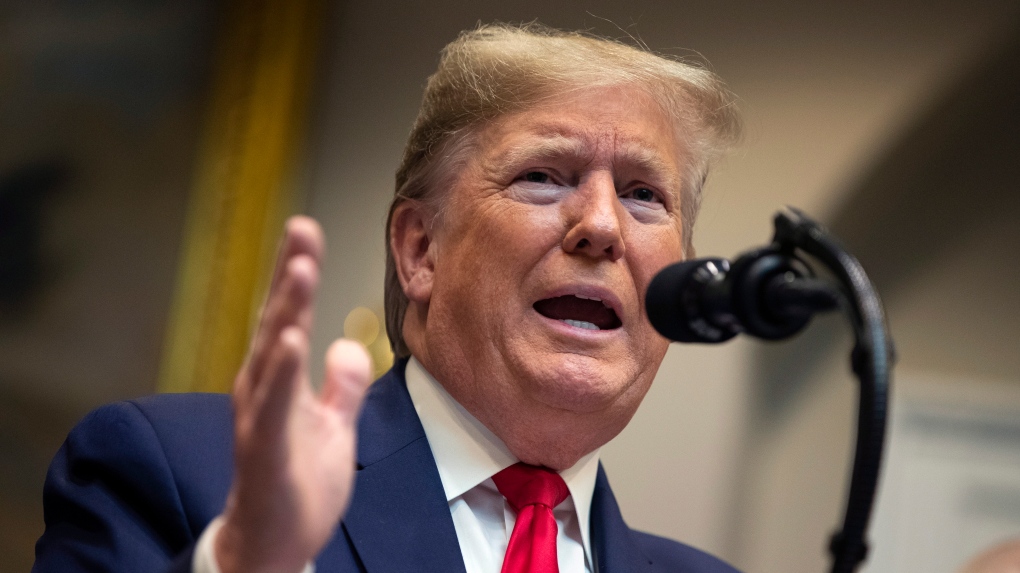 That's after she paused the whole constitutional matter, producing a three-week standoff with Senate Majority Leader Mitch McConnell, R-Ky., and complicating the campaigning picture for the five Democratic senators in the White House race.

By Friday, three weeks before the first-in-the-nation Iowa caucuses, what leverage Pelosi, D-Calif., had possessed was in question.

She wanted McConnell to allow witnesses and documents. He answered that those decisions would be made later -- by the Republican-controlled Senate, not anyone in the Democratic-run House. With 51 votes for that plan, McConnell never budged. Yet it now appears at least a few Republicans are open to witness testimony once the trial begins.

Here's what to watch as the impeachment charges make their slow-motion journey to the Senate this week.

Pelosi insisted for weeks that she would send the articles when she was ready.

Before noon the next day, after House members stampeded out of session for the weekend without acting on impeachment, a grinning Pelosi made her way toward her office. She paused at the threshold, casting Democrats as "a thousand flowers blossoming beautifully in our caucus." Then, still smiling, Pelosi disappeared into her suite.

It was 11:43 a.m. At that precise moment, Pelosi's "Dear Colleague" letter saying she would send the impeachment articles this coming week landed in hundreds of congressional inboxes.

Pelosi said she was directing the chairman of the House Judiciary Committee, Rep. Jerrold Nadler, D-N.Y., to write a resolution naming House members -- "managers," in the official parlance -- to prosecute the charges of abuse of power and obstruction of Congress at Trump's Senate impeachment trial. Whoever wins the plum assignments is a white-hot topic in the Capitol, and Pelosi has held the number of managers and their identities close.

The speaker said she would discuss the process "further" at a caucus meeting Tuesday.

Pelosi also cautioned that senators will ""pay a price" with Americans if they refuse to hear additional witnesses during the impeachment trial.

"The senators who are thinking now about voting for witnesses or not, they will have to be accountable for not having a fair trial," she told ABC's "'This Week."

Pelosi said it's up to the Senate and American voters now. She and the House already have put their stamp on Trump's legacy.

It's McConnell's turn. The model, he said, would be President Bill Clinton's impeachment trial in 1999.

This past week, McConnell announced that he has the 51 votes required to launch the trial on those terms, and not Pelosi's.

Back then, all 100 senators agreed to start Clinton's trial without an agreement to bring witnesses or testimony, as the Democrats have demanded in Trump's proceedings.

McConnell, protective of the 53-seat GOP majority and up for reelection himself this year, delivered hot words on the Senate floor in which he refused to "cede" decision making to the House.

McConnell said the resolution starting Trump's Senate trial would not mirror Clinton's word for word. Tactics and strategy, not drama, is McConnell's style.

But McConnell did say that what was good for Clinton is good for Trump. That likely means Senate rules and the 1999 resolution that governed Clinton's trial would provide the framework at least to start Trump's proceedings, so it's worth looking at what happened then, beginning on Jan 7, 1999.

There were 13 impeachment prosecutors during Clinton's trial, including then-Rep. Lindsey Graham, now a GOP senator from South Carolina. Their procession into the Senate, the oath-taking of the chief justice and all senators and the call of the sergeant at arms provided some pageantry.

"Hear ye! Hear ye! Hear ye! All persons are commanded to keep silent, on pain of imprisonment, while the Senate of the United States is sitting for the trial of the articles of impeachment," proclaimed James Ziglar, who was the Senate sergeant at arms at the time.

Senate rules say the trial then begins, and run six days a week -- except Sundays -- until it's resolved. But senators could vote to change the schedule.

Who is on the Senate floor for the trial, and where, will be an extraordinary sight in a chamber that strictly guards who breathes its rarified air.

Start with the presiding officer, in the top-most chair, normally occupied by Vice-President Mike Pence or a rotating cast of senators. Instead, Chief Justice John Roberts will take that seat and direct the proceedings.

Also on the floor: The House managers selected by Pelosi will prosecute the case against Trump.

Defending Trump will be a team of lawyers and advisers.

The senators will be seated around the chamber, supposedly wordlessly and not checking their phones, during the proceedings.

TRUMP WILL BE SUMMONED

The rules call for the Senate to summon Trump in terms the combative president isn't likely used to hearing.

According to a template in the Senate rules, Trump is summoned to appear "... then and there to abide by, obey, and perform such orders, directions, and judgments" according to the Senate, the Constitution and the laws.

"Hereof you are not to fail," Trump will be instructed.

His lawyers can appear for him.

OATHS, BY THE BOOK

Senators take an oath, by which they "solemnly swear (or affirm, as the case may be)" to "do impartial justice according to the Constitution and laws: so help me God."

During the Clinton trial, senators also lined up to sign their name in an oath book that is now stored at the National Archives. It is expected to be brought out again for Trump's trial.

The practice began in 1986, according to the Senate historian's office. The pages are blank; the senators create a list by signing their names.

The Senate would decide which, if any, witnesses testify. Trump tweeted Sunday that Democratic Rep. Adam Schiff of California, chairman of the House Intelligence Committee "must be" a witness and so should Pelosi.

During the Clinton trial, former White House intern Monica Lewinsky was deposed privately but not called to testify. She and Clinton had had an extramarital relationship, they both said.

A template for the witness subpoena, included in the Senate rules, summons them to appear before the Senate.

For five senators who are running for the Democratic presidential nomination, the impeachment trial complicates the face-to-face contact that's critical for candidates before the Feb. 3 Iowa caucuses. New Hampshire is set to hold its first-in-the-nation primary eight days later.

Sens. Elizabeth Warren of Massachusetts, Bernie Sanders of Vermont, Amy Klobuchar of Minnesota, Cory Booker of New Jersey and Michael Bennet of Colorado would have to return to Washington to sit as jurors.

The timing of the trial could benefit candidates who aren't members of the Senate. Former Vice-President Joe Biden and Pete Buttigieg, the former mayor of South Bend, Indiana, have spent months crowded near the top of the Democratic field with Warren and Sanders.

Look for high-profile surrogates, such as Rep. Alexandria Ocasio-Cortez, D-N.Y., for Sanders and former presidential candidate Julian Castro for Warren, to fill in.

And there could be scheduling gymnastics. Warren says she's prepared to spend days in the Senate, then fly back to Iowa for evening campaigning "if that's what it takes." But that's a tall logistical order given the limited commercial flight options between Washington and Iowa. Taking private flights could make things easier, but also open them up to political attacks.