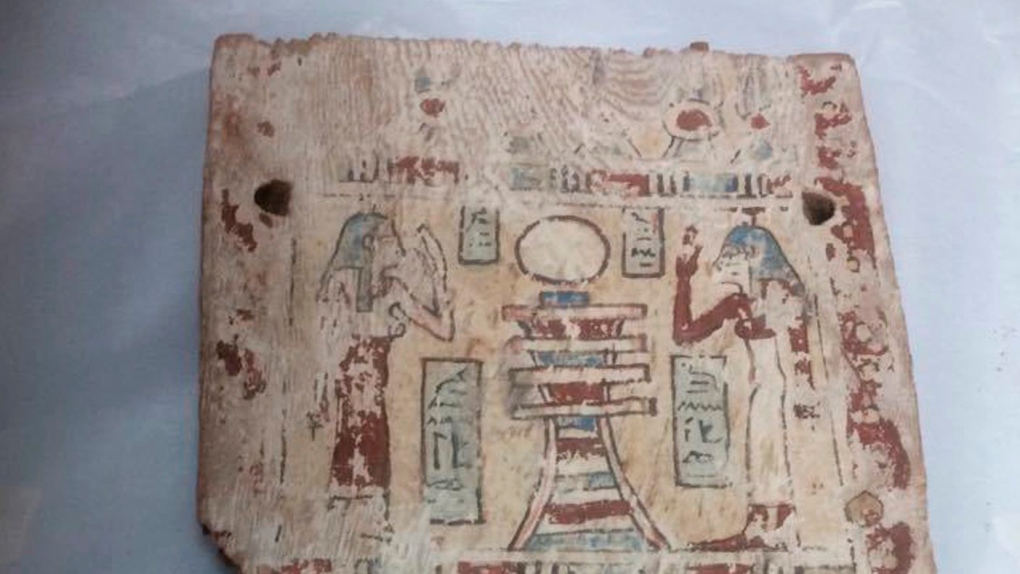 CAIRO -- Egypt says it has repatriated nine illegally smuggled artifacts, including statuary and coffins, from France.

Thursday's statement by the Foreign Ministry says French authorities had seized the artifacts at a train station in Paris in 2012.

The Egyptian Antiquities Ministry says the artifacts include parts of five coffins, two statues of cats, a depiction of a human head made of basalt, and a pharaonic mask made of wood.

Egypt has drastically stepped up efforts in recent years to stop the trafficking of its antiquities. It has warned foreign museums that it will not help them mount exhibits on ancient Egyptian sites unless they return smuggled artifacts.