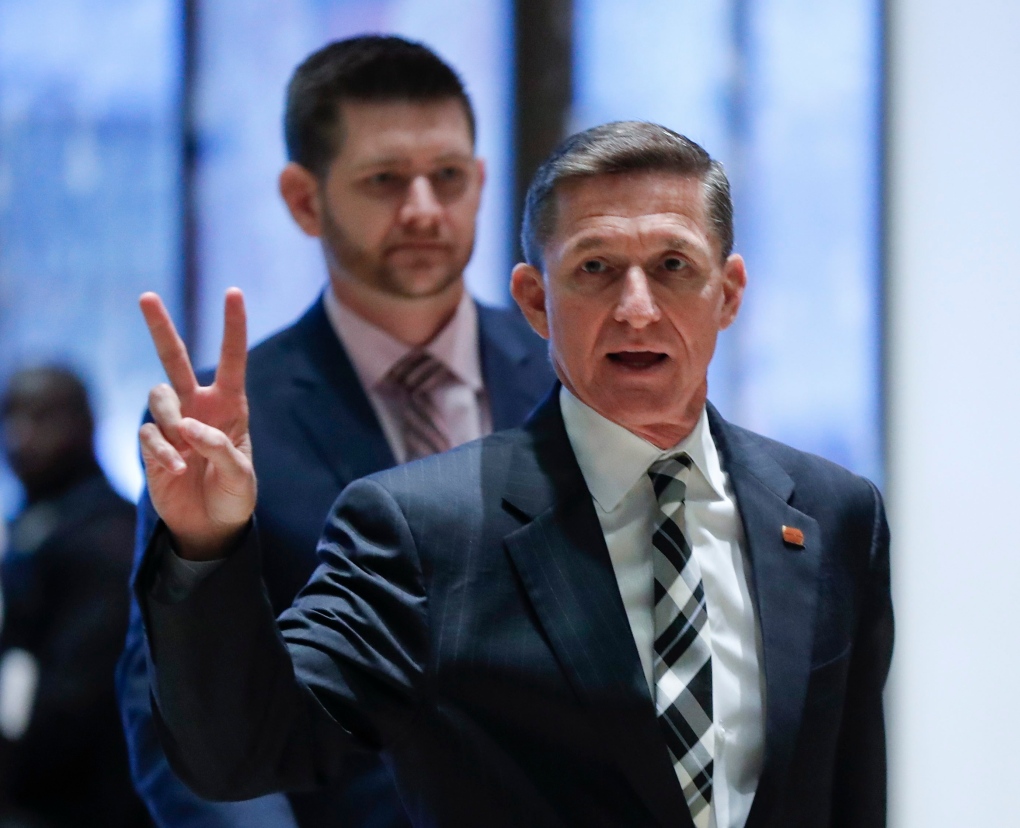 "The American people deserve to know the full extent of Russia's financial, personal and political grip on President Trump and what that means for our national security," House Democratic Leader Nancy Pelosi said in a statement.

Republican leaders have refused so far to establish a special bipartisan committee to examine Moscow's meddling, arguing that the existing congressional committees are capable of handling the inquiries. But they'll be under pressure to reverse course after Flynn stepped down following reports he misled Vice-President Mike Pence about contacts with a Russian diplomat.

House Speaker Paul Ryan said Flynn made the right decision to step down but he sidestepped questions about whether an inquiry is warranted.

"You cannot have the national security adviser misleading the vice-president and others," the Wisconsin Republican said. "I'm not going to prejudge any of the circumstances surrounding this until we have all of the information."

At issue is whether Flynn broke diplomatic protocol and potentially the law by discussing U.S. sanctions with Moscow before Trump's inauguration.

"General Flynn's resignation also raises further questions about the Trump administration's intentions toward Vladimir Putin's Russia, including statements by the president suggesting moral equivalence between the United States and Russia despite its invasion of Ukraine, annexation of Crimea, threats to our NATO allies, and attempted interference in American elections," McCain said in a statement.

California Democratic Rep. Adam Schiff, the top Democrat on the House Intelligence Committee, says he wants to know whether Flynn was acting on Trump's behalf or whether Trump or anyone in his administration approved his contacts with Russia. He said Flynn's resignation "does not end questions over his contacts with the Russians."

Pelosi said in a statement that Congress "must call for a bipartisan, independent, outside commission to fully investigate Russia's influence on the administration and the election."

"The truth and consequences of the Russia connection: the American people deserve to know the full extent of Russia's financial, personal and political grip on President Trump and what that means for our national security," she said.

Sen. Claire McCaskill, D-Mo., said wrote on her Twitter account that it's "time for a select bipartisan committee on the involvement of Russia in this administration and election. Period. Stop. Public hearings."

Rep. Adam Smith, the top Democrat on the House Armed Services Committee, said revelations about Flynn's interactions with Russia "raise grave questions about who in the White House knew about Flynn's vulnerability to blackmail and exploitation by the Russian government, and when they knew about it."

Smith called for a "full investigation that covers any and all connections to these events that could undermine the national security of the United States."

Rep. Eliot Engel of New York, the top Democrat on the House Foreign Affairs Committee, said a rigorous bipartisan investigation is needed because there are "far too many questions unanswered about this administration's ties to Russia."

But Jason Chaffetz, R-Utah, the chairman of the Oversight and Government Reform Committee, said "the situation has taken care of itself" when asked by reporters if his panel would investigate Flynn's actions.

Michael Flynn, fired once by a president, now resigns to another