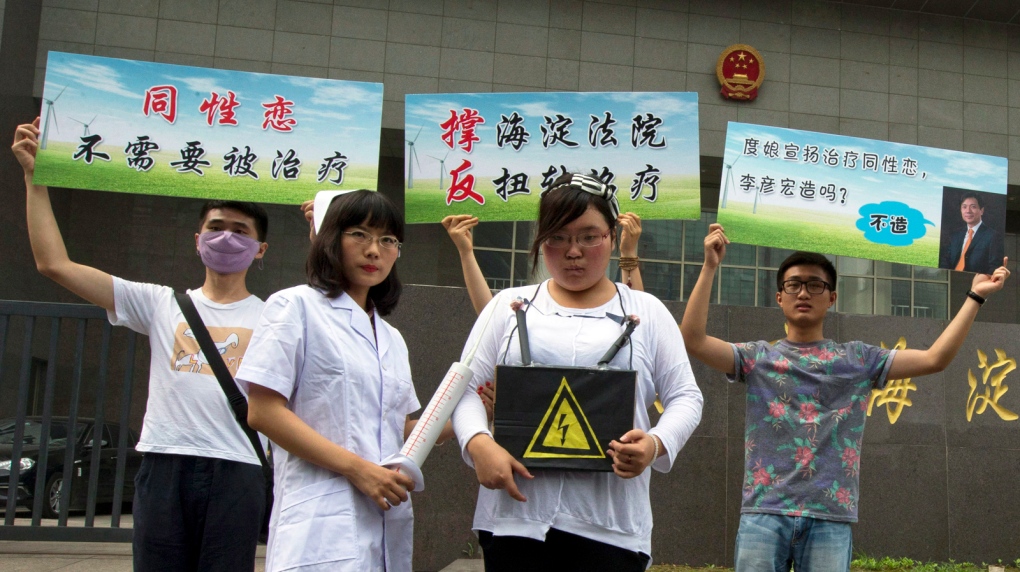 Gay rights campaigners pose for journalists to protest outside a court where the first court case in China involving so-called conversion therapy is held in this file photo taken in Beijing, China, on Thursday, July 31, 2014. (AP / Ng Han Guan)

BEIJING - A gay man in central China has reportedly won a lawsuit against a mental hospital over forced conversion therapy, in what activists hailed as the first such victory in the country.

Local media reports say a court in Zhumadian in Henan province has ordered a city mental hospital to issue a public apology and pay the man 5,000 yuan ($735) as part of the judgment.

The man had been forcibly admitted to the institution in 2015 by his wife and relatives and diagnosed with "sexual preference disorder." He was forced to take medicine and receive injections before finally walking free after 19 days.

China removed homosexuality from its list of recognized mental illnesses more than 15 years ago but stories are rife of families admitting their relatives for conversion therapy.