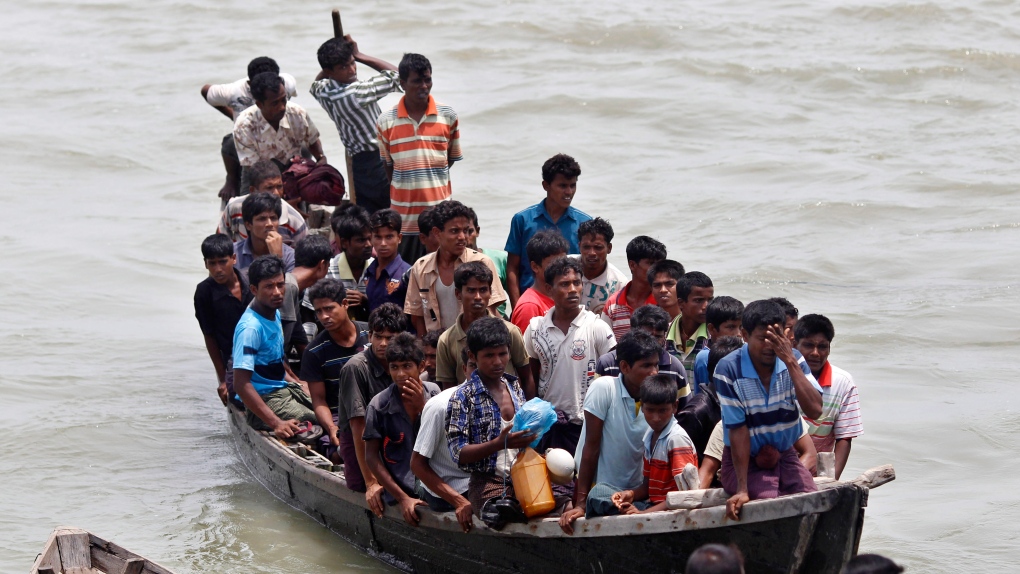 A new report by the United Nations reveals that Canada was among the world's top 10 refugee destinations in 2011, receiving 25,000 asylum applications.

Canada was ninth on the list compiled by the United Nations High Commission on Refugees. South Africa and the U.S. were first and second respectively in a year that saw an estimated 4.3 million people newly displaced. Of those, 800,000 were forced to flee their countries and become refugees, the report said.

"2011 saw suffering on an epic-scale. For so many lives to have been thrown into turmoil over so short a space of time means enormous personal cost for all who were affected," Antonio Guterres, UN High Commissioner for Refugees, said in a statement.

that borders were kept open."

Following are the top-10 asylum-claimant countries (2011 claimants in brackets):

When combined, the number of asylum claims received by Canada and the U.S. made up roughly one-third of the worldwide total.

Of the asylum claimants who were accepted in 2011, Canada and the U.S. together welcomed four-fifths of all those settled globally.

"Canada is a country that is very important to us with respect to the solutions of refugee problems," said Furio De Angelis, the UNHCR's representative in Canada.

However, De Angelis told The Canadian Press that the agency has serious concerns about recent changes by the Conservative government to refugee laws, including health care coverage for new arrivals.

De Angelis is expected to testify before a Senate committee Monday to address the UN's concerns.

The Conservative government's Protecting Canada's Immigration System Act originally raised alarm bells with a provision that would have allowed for the mass detention of large groups of refugees that arrive en masse on Canada's shores or borders.

That was later changed to require detention review at the 14-day mark, and then again six months later.

And at the end of June, most refugees in Canada will be losing access to extended health care benefits, which is currently provided by Ottawa until claimants qualify for provincial coverage.

The changes are aimed at ensuring refugee claimants don't receive health care coverage that is superior to that provided to Canadian citizens.

The number was lower than the 43.7 million people on the list in 2010, however, largely due to the fact that 3.2 million internally displaced people were able to return to their homes -- the most in a decade.

The report points out that more and more people are being forcibly displaced, with the annual level surpassing 42 million for each of the past five years. The numbers also show that those who become refugees are likely to maintain that status for many years, often living in a refugee camp or at the poverty line in an urban centre.

Of the 10.4 million refugees considered to be under UNHCR's protection, 7.1 million have been in exile for at least five years.