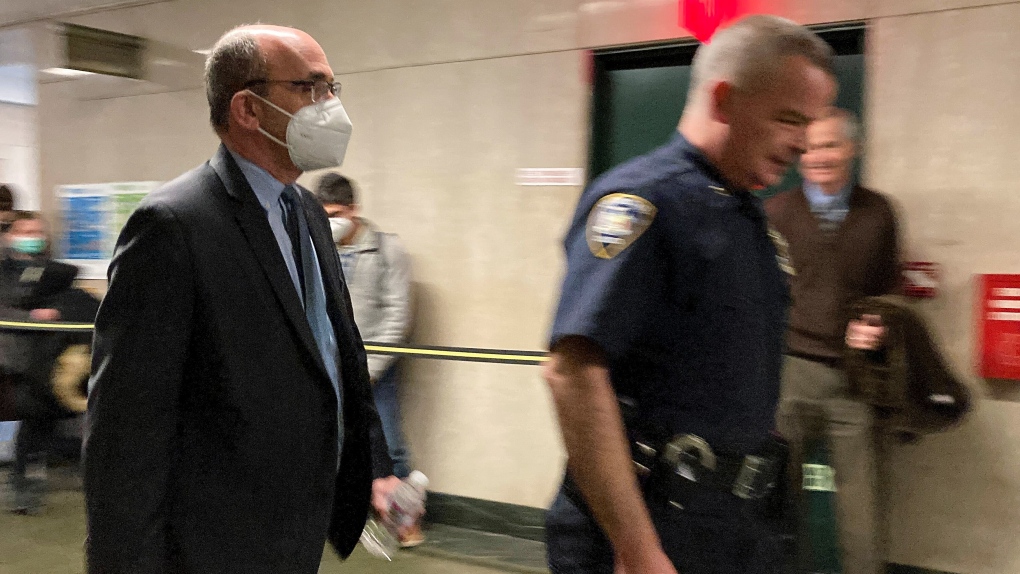 Trump Organization lawyers contend that Manhattan prosecutors are seeking to punish the company for longtime finance chief Allen Weisselberg's scheme to avoid personal income taxes on company-paid perks such as an apartment and luxury cars.

The defence insists that neither Trump nor the Trump family knew about Weisselberg's 15-year scheme as it was happening and that the company didn't benefit from his actions. Echoing Trump's recent social media posts, the company's lawyers suggested that its longtime accountant, Donald Bender, shared some blame for not catching the fraud.

The defence rested after calling just two witnesses: Bender, whom company lawyers sought to discredit and treat as a hostile witness, and a paralegal who appeared briefly to verify tax information referenced in a 2013 email that Weisselberg sent to Bender.

The lawyers and judge will meet Tuesday to finalize how Merchan will instruct jurors in the law -- a critical step because a conviction or acquittal could hinge on how the jury understands the legal ramifications for a company when its executive commits a crime.

Merchan declined to rule on a defence motion to dismiss the charges and, given that he plans to proceed to closing arguments, it doesn't appear he's inclined to do so.

Trump Organization lawyers framed their defence case around Bender, calling him to the witness stand for three days that culminated Monday with them questioning the quality of his work and the reliability of his testimony.

Defence lawyer Susan Necheles started in on Bender, a partner at Mazars USA LLP who spent years overseeing tax returns for Trump's hundreds of entities, after she said he "surprised" her when he testified that he didn't actually do much work on the company's tax returns.

Bender indicated that he delegated some work to other firm employees.

"That answer surprised me because it's just not true," Necheles said during a court conference held after Bender and the jury left the courtroom for a lunch break.

Necheles sought permission to confront Bender with records showing he spent more time working on tax returns for the Trump Corporation, the company's main subsidiary, than he let on. But Necheles stopped short of saying she wanted to attack his credibility in front of the jurors.

Merchan, already annoyed with the defence because it filed a court motion late Sunday night seeking to introduce new evidence, was initially reluctant to grant Necheles' request. Later, though, he allowed her to ask Bender precisely how much time he spent working on the Trump Corporation's taxes. His answer: Whatever he did, it was mostly supervisory and administrative work.

"I believe I've bent over backward to allow both defendants to prepare a defence," the judge said, referring to the Trump Corporation and the other charged subsidiary, the Trump Payroll Corporation. As a gatekeeper, Merchan said, "I don't believe that means I have to let you throw everything at the jury and see what sticks."

Weisselberg has pleaded guilty to taking US$1.7 million in off-the-books compensation, and he testified against the Trump Organization earlier in the trial in exchange for a promised five-month jail sentence. He testified that he came up with the scheme on his own, without Trump or the Trump family knowing, but said the company benefited because it didn't have to pay him as much in salary.

Trump has blamed Bender for not catching the scheme, writing on his Truth Social platform: "The highly paid accounting firm should have routinely picked these things up -- we relied on them. VERY UNFAIR!"

Mazars USA LLP has since dropped Trump as a client. In February, the firm said annual financial statements it prepared for him "should no longer be relied upon" after New York Attorney General Letitia James' office said the statements regularly misstated the value of assets.

James is suing Trump and his company over those allegations.

"I did an amazing job," Bender said.

"An amazing job. Yet here we are," Brennan replied.

The snarky rejoinder irritated Merchan, who ordered it stricken from the official court record.

A chance discovery in a Canadian lab could help extend the life of laptop and phone batteries.