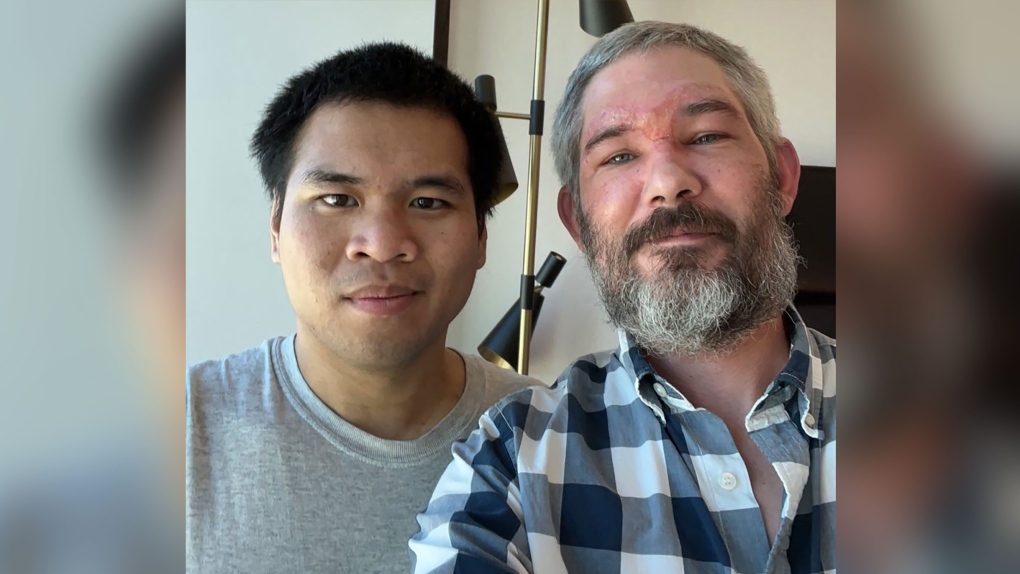 Americans Alexander John-Robert Drueke, right, and Andy Tai Ngoc Huynh, left, after arriving back in the US after being freed from Russian captivity.(Courtesy Dianna Shaw via CNN)

"But overall, I'm very happy to be with Joy," he said of his fiancée, Joy Black. "I missed her every day when I was in captivity. But nonetheless, I'm very happy."

Huynh and fellow American Alexander John-Robert Drueke had been captured in June while fighting for Ukraine in a battle near Kharkiv. The pair was released as part of a prisoner swap between Russia and Ukraine that was brokered by Saudi Arabia.

Their pro-Russian captors, the so-called Donetsk People's Republic (DPR), is a Russian-backed, self-declared republic that has governed a breakaway portion of Ukraine's Donetsk region since 2014.

Huynh declined to share details Monday night about his time in captivity, saying he had not yet been fully debriefed by the U.S. government.

Huynh and Drueke arrived in New York City on Friday before being reunited with their family and friends at an airport in Birmingham, Alabama, on Saturday. Huynh said Monday when he finally embraced Black, he "felt happy again."

Black previously told CNN that Huynh had requested spaghetti with meat -- something he had been craving since being in Ukraine -- upon his return to Alabama, and the pair told Burnett Monday that they'd had the meal.

"We're kind of taking it at our own pace," Black said of Huynh's return. "We're still sorting through things, still readjusting."