1 killed and 23 injured as miners, police clash in Nicaragua 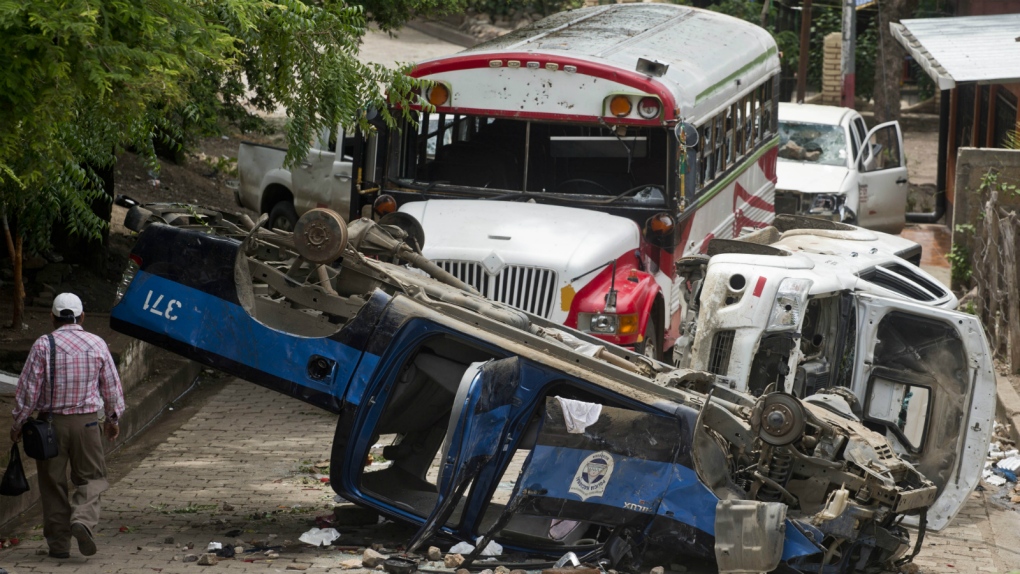 A man walks past an overturned police vehicle, and damaged vehicles belonging to the Canadian mine company B2Gold, the day after clashes between miners and police in a residential area of El Limon, Nicaragua on Oct. 7, 2015. (AP / Esteban Felix)

MANAGUA, Nicaragua - One policeman has died and 23 were injured in clashes with protesting workers demanding the reinstatement of fired employees at a Nicaraguan gold mine.

The standoff continued Wednesday at the Canadian-run El Limon mine, located 145 kilometres from the capital of Managua. Eight protesters were also injured.

National police chief Aminta Granera said the officer was beaten to death, and that several police and mine vehicles were destroyed. Miners said the policeman died of a heart attack.

The miners also burned a local police station, briefly took 15 officers hostage and set up barricades in the streets.

The Vancouver-based B2Gold company had said it was weighing closing the mine.